A long time ago in a galaxy far, far away, there was actually some pretty cool Star Wars gear
By Danny Agnew @regalkillz 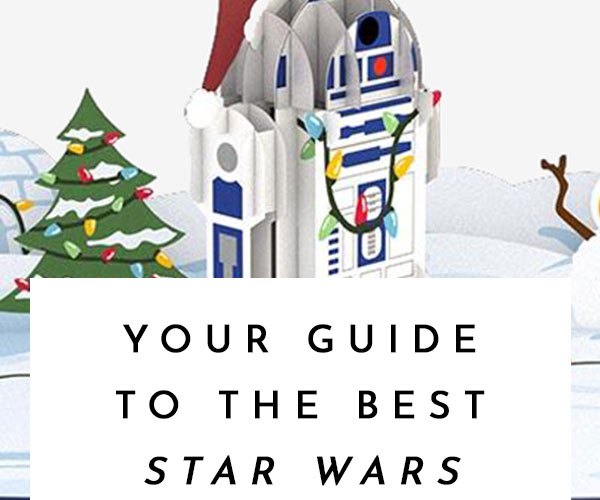 As the release of The Rise of Skywalker draws near, there are those who will say that the entire Star Wars franchise is nothing but a shameless money-grab, a soulless excuse to hawk toys and T-shirts and other assorted bric-a-brac, a greedy ploy to exploit pop culture for the purposes of wanton capitalist excess.

These people will not be wrong. But they will also not be much fun at parties — of course Star Wars is a money grab, but that doesn’t make it not fun. The movies themselves are enjoyably lighthearted and exciting fare, and we’re gonna go out on a limb and say that some of the Star Wars merch floating around out there is, dare we say it … kinda dope.

We’re not trying to have you running around like some deranged fanboy, but there are a few (largely) understated collabs we can legitimately co-sign. Each has its proper time and place, and, to level-set, we’d suggest you avoid going all-in on the lot of them — but executed properly, one or two can add a nice bit of galactic whimsy to your life and feed the nostalgic beast that lives within us all. Or at least a few of us nerds.

May the Force be with you.

A Star Wars tee is a tricky proposition, as most are pretty in-your-face and thus you run the risk of giving off a “this franchise is my LIFE” vibe. However, Heroes & Villains have neatly threaded the needle with this low-key number featuring a vintage storyboard frame from Ralph McQuarrie, the legendary artist George Lucas originally entrusted to bring his stories to life.

A notebook is an item that is typically boring/understated for no reason whatsoever — having one with a little personality never hurt anybody, and when it comes to personality, you could do a helluva lot worse than the ship that made the Kessel Run in less than twelve parsecs. There’s also a very cool X-Wing version, if that’s more your thing.

The above point re: a notebook goes double for a portable hydration device, especially when the graphic has perfect ‘70s throwback flavor like this. Call it your “cantina roadie.”

I may catch hell from my colleagues for this one, but hear me out: I am a staunch proponent of a denim trucker jacket with patches all over it; I have one of my own and consistently get compliments on it from total strangers. And that’s what I’m suggesting you use this number for right here. Let the (excellently positioned) homage to one of the series’ most iconic lines function as your base and then add to it. Then it becomes not so much a “Star Wars” jacket as a “you” jacket with some Star Wars stuff on it. And that’s cool.

If you’re gonna own a pressure cooker, why the hell wouldn’t you want it to look like R2D2? A pressure cooker is the exact shape of the world’s most beloved droid. It’s not like this thing lives on your counter broadcasting your nerddom, it just gives you the chance for a little smile and robot whistle whenever you break it out of the cabinet.

Similarly, I can’t think of any reason to not have this as your roasting pan. If you are in the market for a roasting pan and you would choose a normal roasting pan over this roasting pan (made by French cookware masters Le Creuset, no less), well, you’re reading the wrong article, my friend.

Probably a little much for your everyday wear, but for a run or a gym session, the Adidas x Star Wars Ultraboost has just the right amount of nerd flair. Also, what better way to prove that there are, in fact, physically fit Star Wars fans?

Sure, they call it a scarf, but all I see is a sexy pocket square. One made of luxurious silk with a pleasing pastel color scheme that would set off any number of suits. And should you need to remove it for whatever reason, well, at that point it’s a cheeky conversation piece. Though we’d advise stopping shy of explaining that “AT-AT” stands for “All Terrain Armored Transport.”

To paraphrase the great comedian Pete Holmes, if a pop-up card of R2D2 in a Santa hat doesn’t unlock the safe where you keep your joy, maybe lube up the dial a little bit.

Remember these? Every cabinet should have an OG printed pint glass or two. This pair from Mondo (via the excellent artist Cesar Moreno) require a ticket purchase from Alamo Drafthouse to acquire, but we feel confident in saying that if you live near an Alamo Drafthouse and you’re not seeing Rise of Skywalker there, you’re doing it wrong. They serve beer!

These jackets are rad because a) they’re meant for the slopes and thus are an excellent excuse for Hoth commentary, and b) they’re so low-key — if you don’t know what’s up, you’d just think it’s a normal cool Columbia jacket. If you do, well, that’s a nice chance for some “beats a hollowed out Tauntaun carcass” lift line banter.

Admittedly this one is a bit of a joke, but I could get on board with a watch that tells me the time in a droid voice at the press of a button. Plus the engraved caseback is a nice touch.