Review: Thousand’s Chapter MIPS Helmet Is Made for the New World of Commuter Biking

Safe, comfy, stylish — what more could you want in a bike helmet?
Thousand/Instagram
By Tanner Garrity @tannergarrity

Over the next few weeks, we’ll be looking at the various and sundry ways in which the coronavirus will impact American commuters, from predictions for the future of mass transit to the products that will be huge beneficiaries of a new landscape in mobility. This is the The Future of Commuting.

When Gloria Hwang launched her bike helmet brand on Kickstarter in 2015, she named it Thousand. She’d lost a friend to a fatal bike accident, and the express purpose of her new project — after years spent as a Social Innovation lead at TOMS — was “to save 1,000 lives by making helmets people actually want to wear.”

For the casual observer, though, that safety-first mission may not have been so clear. In Hwang’s quest to make shells that people would want to wear, the brand almost went too far. For years now, Thousand bike helmets have been primarily associated with their looks. These are the hard hats preferred by Williamsburg types riding to the farmer’s market on Sunday mornings. They’re the first choices of cool college students and really cool dads. Chalk it up to the rounded shells, or the vegan leather straps, or the stripes — one of the brand’s most popular colorways is literally called Speedway Creme.

After a couple weeks of riding around in Thousand’s Chapter MIPS, though, it’s clear that that narrative needs to change. The label’s latest offering isn’t just a “vibe.” It’s ideally suited for a post-pandemic landscape where commuting by bike, and doing so safely, will prove imperative.

The “MIPS” in the helmet’s name refers to a multi-directional impact protection system (also known as BPS, or a brain protection system), which uses tech first developed by Stockholm’s Royal Institute of Technology in the late nineties. Riders wearing MIPS-equipped helmets have a better shot at protecting against all manner of brain injury — from minor concussions to severe trauma like subdural hematoma (which involves bleeding in the meninges) — in the instance of a crash or collision. MIPS technology essentially allows a helmet to move with the head, reduced the blunt, “angled impact” of rotational motion.

It’s heavy stuff, but then so is biking in a big city. Consider statistics out of New York over the last two years: despite the fact that the city added over 100 miles of protected bike lanes in the five preceding years, 2019 was the deadliest year for NYC cyclists in nearly two decades. Bicycling dug into the numbers earlier this year and uncovered that of the thousands of crashes that happened last year (many of which, mind you, did not end up in fatalities with serious injuries) motorists were 2.36 times more likely to be at fault for the crashes. What’s going on? Congestion pricing hasn’t yet solved the ride-share problem of too many cars on the road, and all those miles of protected bike lanes aren’t necessarily consecutive. Cyclists often have to act out a game of Choose Your Own Adventure on the way to work.

In the COVID era, those numbers could get worse before they get better. Many urbanites have already resolved to start biking more, and on the surface that’s a good thing. We’ve covered the nationwide “biking boom” at length; people are looking to commute, exercise or just get out of the house without having to hop on public transportation. All power to them. But cities will need to respond in kind — and with something more permanent than a couple street closures. It’s little wonder that bike injuries were up 43% at the beginning of the coronavirus, before offices had officially shut down, and workers were encouraged to bike to work. In so many places, the infrastructure isn’t fully there yet.

That shouldn’t scare you from biking. But it should hopefully inspire you to be as prepared as possible when you do. Of course, most anti-helmet bikers don’t harbor some death-wish desire to get a traumatic brain injury. They’re just hung up on an opinion a helmet doesn’t look cool, or that it doesn’t look cool on them. (They’re probably right.) Thousand is an elegant solution. Literally. Beyond MIPS, the Chapter collection also features a 50 lumen taillight that magnetically clips onto the back of the helmet. It throws red, Rudolph-level brightness, so you can more safely bike home at night. The front of the helmet, meanwhile, has a small brim to decrease glare, while eight vents at the top filter air to keep you calm and collected on the roads.

Oh, and a secret poplock allows you to lock it to your bike, so you don’t have to carry it inside to wherever you’ve arrived. Not that you’d mind. This is the lightest bike helmet I’ve ever worn. It weighs in at less than a pound, and sits easy on the noggin. Apparently “concussion-proof” — shocker — can mean cool and comfy. What a world. 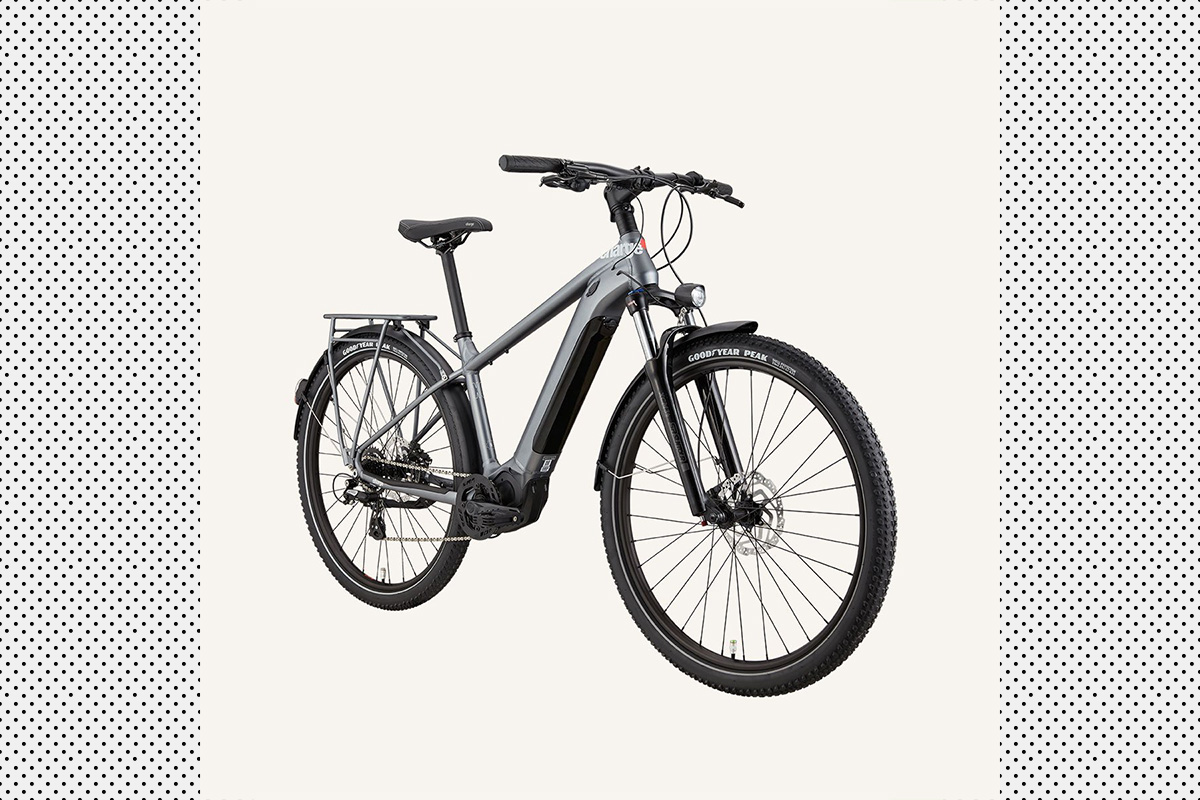 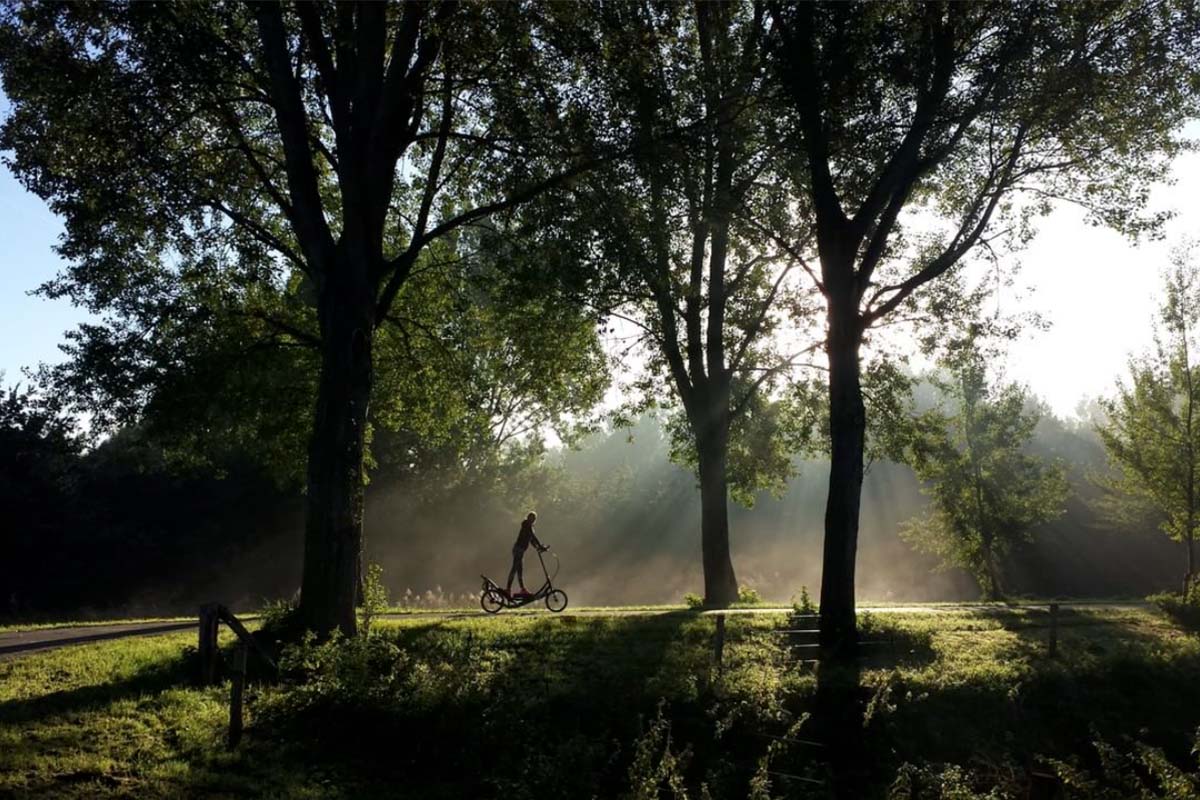