These Are the Mothers of All Drinks

Vice and Virtue, a drink that utilizes the Vieux Carré as its drinks template
Zachary James Johnston
By Kirk Miller

In the recently released drinks tome The Bartender’s Manifesto: How to Think, Drink & Create Cocktails Like a Pro, Toby Maloney and the bartending staff at The Violet Hour discuss the five “Mother Drinks” that serve as templates for almost every tipple at their Wicker Park cocktail den.

“I think of them as similar to Escoffier’s five mother sauces,” suggests Maloney (who co-wrote the book with drinks journalist Emma Janzen). “Just as the famous French chef identified the cornerstones for almost every sauce to follow … there are only a few main cocktails that every bartender needs to open the door for invention to follow.”

It’s not the first time a bar or a cocktail book has suggested templates for drinks — NYC’s Death & Co. suggests the Old-Fashioned, martini, daiquiri, sidecar, whisky highball and the flip as their source material in their drinks book Cocktail Codex, for example. What makes The Violet Hour interesting is where they differ — the sour, Old-Fashioned, Martini/Manhattan and Negroni are common bases for drinks, even if the Negroni described here breaks a few sacred rules (more on that in a minute).

The one anomaly here? The Vieux Carré, described as a “love child of the Manhattan and an improved Old-Fashioned” that has its origins in New Orleans. It’s basically two spirits plus vermouth, liqueur, two types of bitters and two garnishes.

“The Mother Drinks are simply a way of creating structure when creating cocktails,” Maloney tells InsideHook. To learn more about these structures, we spoke with the bartender/author about The Vieux Carré, breaking rules on the Negroni and why you may be building your cocktail wrong.

InsideHook: How do you feel like your Mother Drinks differ from the templates used at other bars?

Toby Maloney: Every bar has a way of looking at the basics, the cocktails that have been around for a long time and the recipes where other cocktails come from. How those are expressed are as different as the bartenders who run the programs.

Is there a cocktail in the book that doesn’t fit these parameters?

The Art of Choke — and its brethren — have a very different template, being a Manhattan riff with .25oz lime juice and mint stirred into it.

I was really intrigued by the addition of the Vieux Carré as a Mother drink — how does something that involved serve as a template?

The Vieux Carré is one of my favorite templates. It is in the book a multitude of times. The idea of a split-based cocktail (two spirits) with a bittering agent (vermouth or Amari), a complex sweetener and not just two bitters, but two garnishes makes this template have an infinite amount of options to play with.

You’re the second bartender I’ve spoken to recently who suggests the Negroni “equal measure” doesn’t always work — is it time we retired that idea of equal measurements (which makes things easy but doesn’t always make a great drink?)

There are very few equal parts drinks that make sense. The Last Word is not one of them. I think that there was a time in cocktail making when it was just easier to put a recipe down as equal parts so folks remembered how to make it. But that said, Sam Ross of Attaboy can make them work. His Paper Plane and Midnight Stinger are spectacular.

Is there anything else in the book — or that The Violet Hour does — that goes against conventional bar wisdom?

This may seem a small thing, but we put the soda/sparkling wine/beer on the bottom of the glass and then pour the cocktail on top of it, instead of the other way around. This is to make sure the drink has full incorporation of two wildly different viscosities. You don’t have to stir the bubbles out of your drink this way. Most bars “top with soda.”

Vice & Virtue (as pictured at top)
Via Owen Gibler, The Violet Hour (adapted from The Bartender’s Manifesto)

Chill a coupe. In a mixing glass, add the bitters and apricot liqueur. Add the vermouth, Bonal and tequila. Fill the glass three-quarters full of ice. Stir, strain and garnish with an expressed orange peel. 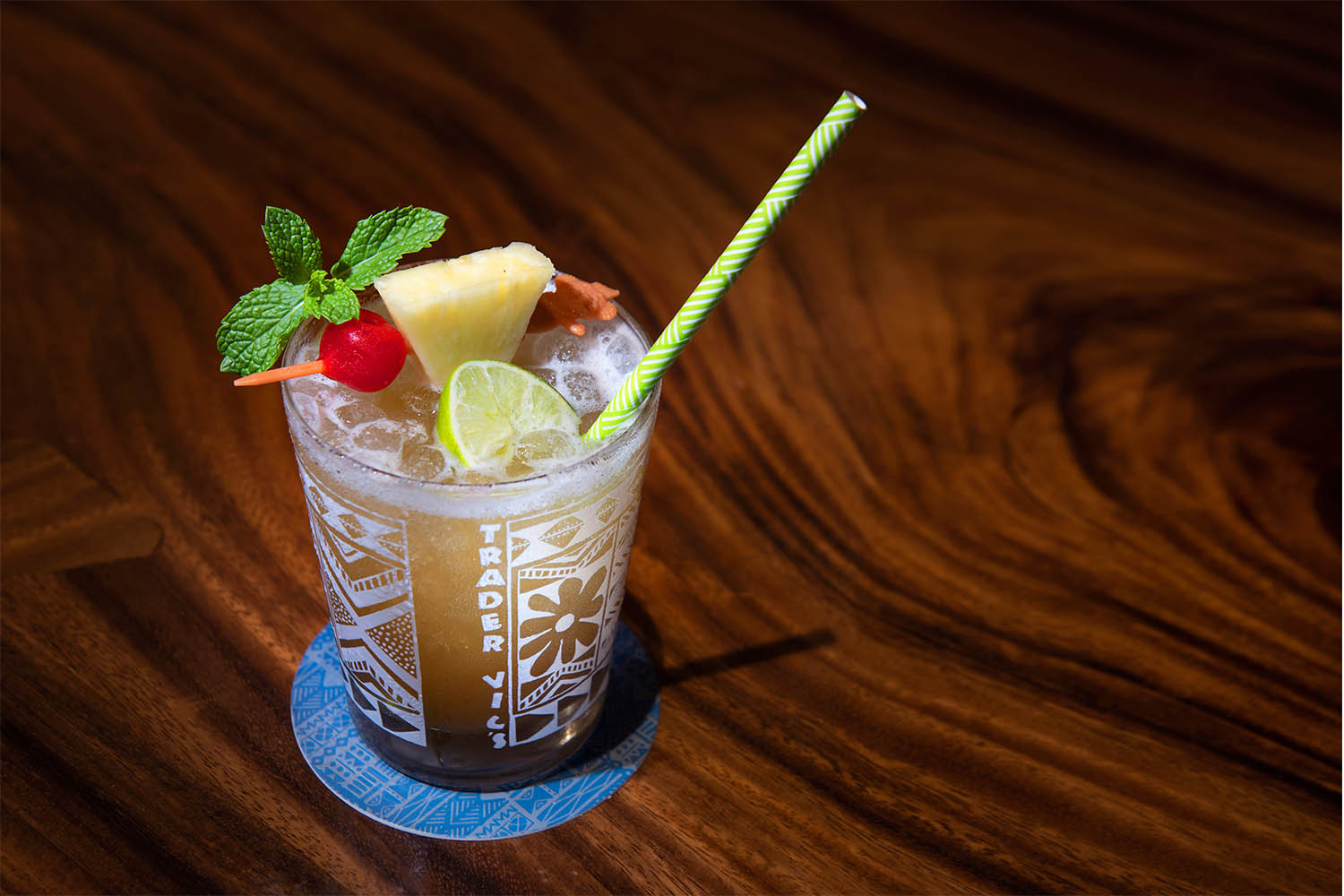 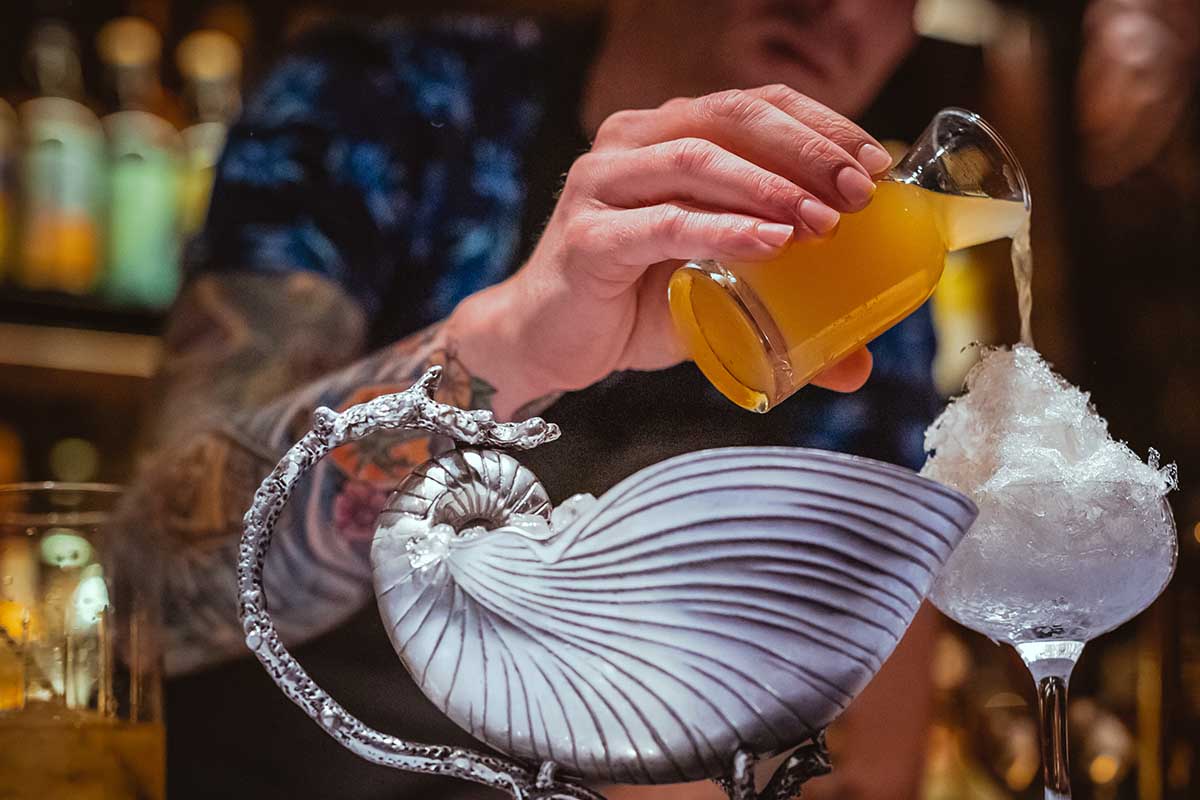 The Best Rum Bar in America Is in Chicago 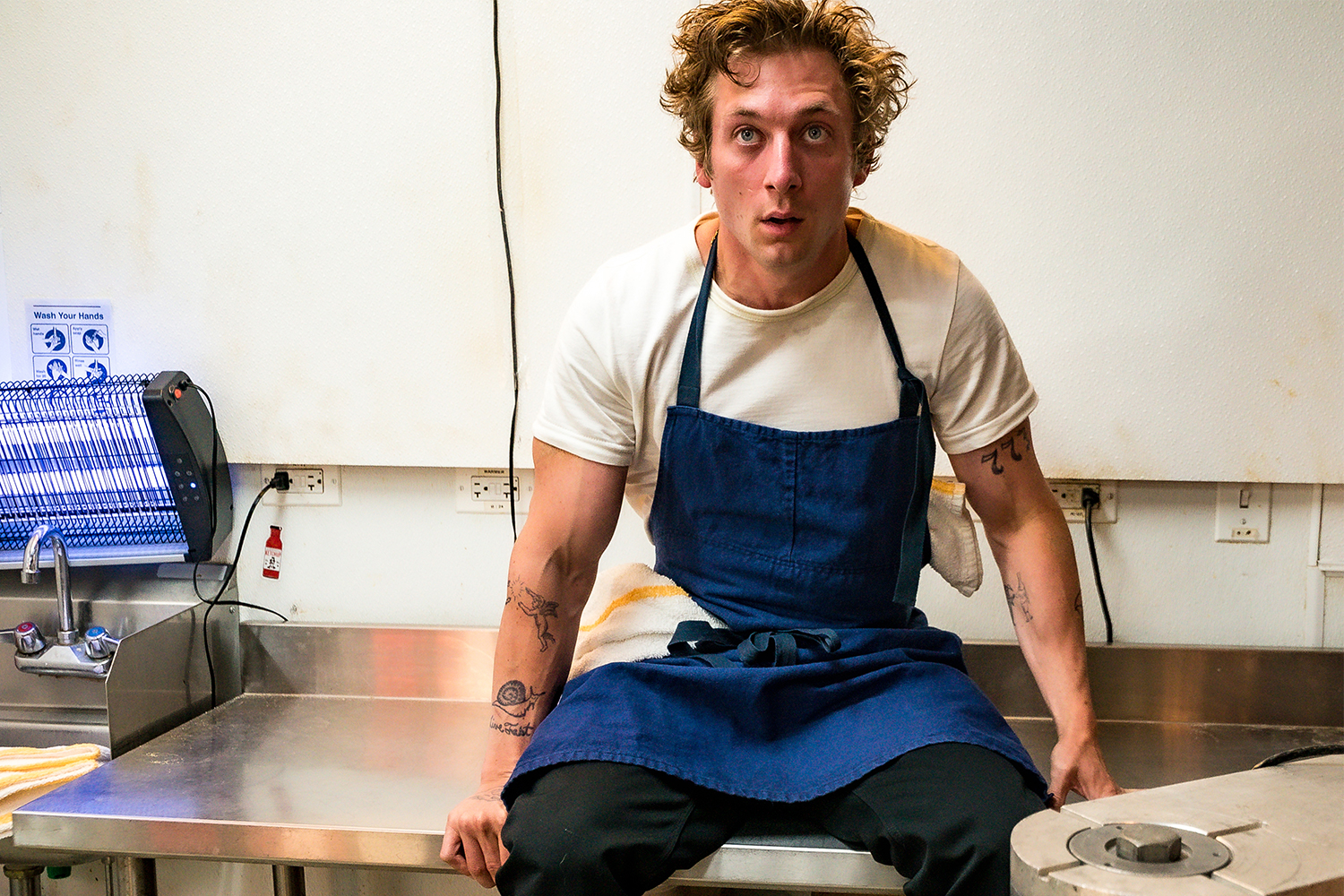