Turns out chefs like how "The Bear" captures the kitchen experience. Well, most of them.
FX
By Paula Skaggs @paulaskaggs

The Bear, Hulu’s new hit show about the inner workings of a Chicago restaurant, has taken the world by storm, and not just because of its soon-to-be-iconic Malört billboard. (But seriously, which alderman do we talk to about replacing all the billboards in the city with that?)

Thankfully renewed for a second season, the show — with its fast-paced scenes, kitchen fights and incredible looking food — has given viewers everywhere an inside look at what it means to work in restaurants…or has it?

We got the scoop from 10 top chefs in Chicago, all of whom have watched the show, on what it got right, what it got wrong and how it compares to the real deal.

“I feel that it was the most accurate portrayal of the restaurant industry in a show that I’ve seen so far. Of course it is more dramatized for television, but what it does get across is the daily drama that occurs when running a restaurant, and all the curveballs that get thrown your way on a daily basis. I can relate to the verbally abusive manipulation of working in a high-end restaurant, and those scenes of the show just brought sadness to what our generation of chefs has gone through. Like Carmy, I have had to unlearn negative behavior that was encouraged and a way of life at restaurants I’ve worked in the past, and am now focused on creating a positive environment at our restaurant. A correct portrayal is that in most restaurants, your team is like your family.  You fight like family, but also take care of each other like family.” — Hsing Chen

“It was great to watch, but the anxiety was real.” — Doug Psaltis

“I think one of the things that is kind of jarring — and almost triggering about the show — is how it shows the sort of domino way things can go wrong when you work in a restaurant. Toilets backed up? Don’t worry, the health inspector should be knocking on the back door any minute. Someone didn’t show up for a shift? The least of your worries, because there’s an actual, literal fire to put out. I feel like the show really captures that intensity. I would not be surprised if, over the next two to three years, we see an influx of new, young cooks who are breaking into the industry after watching this for a season or two.”

“I think like most chefs I began with skepticism. ‘Here we go again, another fluffball of B.S. tossed our way.’ Up until this point, it’s been pretty dismal for restaurant depictions on TV, unless of course you consider the charming rat in Ratatouille. But also like a lot of chefs, it changed my mind. The Bear portrays a kitchen as a chaotic Rubik’s Cube of problem-solving, plumbing issues and rich characters. It shows the hazards, drama, monotony and, most of all, the stress. These are all ingredients (sorry) of being a chef.

“My first chef job was in a situation not too far off from [the Original Beef of Chicagoland, the restaurant in the show]; it was a small gastropub with a lot of heart, poor management and a million knots to untangle. (And that didn’t even include fixing the food.) The mayhem of The Bear brought those untidily buried memories back fresh, but in a good way. Even at this moment I’m shaking my head smiling. Friends are dying to know my thoughts on The Bear.  ‘How true is it?’ ‘Did you work anywhere like that?’ ‘Can chefs be that harsh?’ To them I answer, ‘Yes, but isn’t it great?!’” 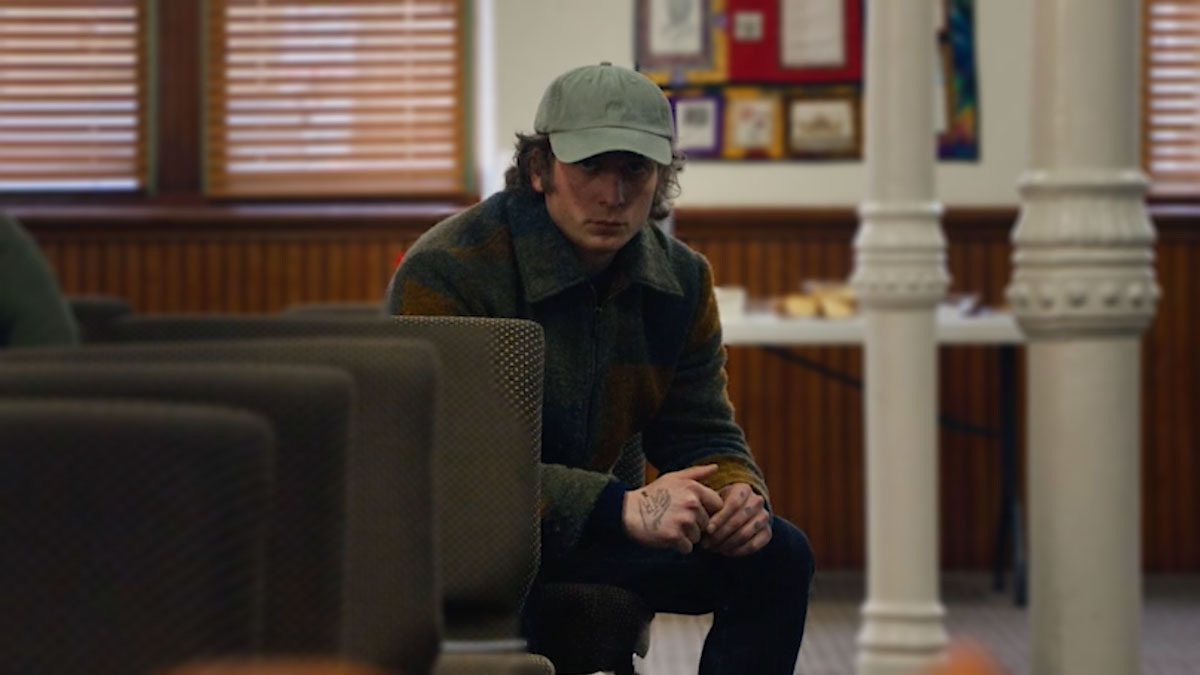 Forget About His Tees, Carmy’s Wool Jacket Is The Real Star of “The Bear”

“The Bear had had a vast amount of research and professional consultation behind it, which is why it resonated so much with people in the industry. The team and actors did a great job of showcasing restaurant life. The show used Chicago as its backdrop in a brilliant way and really tied in what it means to work in the industry and live in the city. From what we understand, they also tried to cast many of the roles with Chicagoans! We say keep it coming — even if we don’t use a grading system here for food safety, they killed it. At one point we looked at each other and said, ‘Wow, we really do live in the most amazing city’ — and really, that’s what it’s all about.”

“There were so many moments in the show that immediately took me back to prior experiences of my own — from a chef whispering cruel things in my ear to dropping a cambro of gelatinous stock when you’re already at your breaking point and being encouraged to keep going by an unexpected teammate to being forced to do to-go for the first time and completely going down in flames. The Bear is not only triggering for people who have experienced that lifestyle but a peek behind the curtain for people who have never been backstage before.”

“The core of it was very accurate, and then it was hyperbolized to make it more entertaining. As far as the details go, there were some spectacularly unrealistic facets. Mostly I was amazed by the extremely expensive kitchen they put together while having no money and being indebted to the mob. Also, the amount of labor that they invest into making Italian beef — that’s just not a thing. Go to Johnnie’s in Elmwood Park. They are constantly slammed, and you will almost never see more than two cooks back there putting out all of the food. Also, no beef place makes their own bread, there isn’t nearly enough time or space in most places to do that — and again, the labor. To make enough money to survive, you need to sell a lot of beefs, so speed is the name of the game!”

“For me personally, it very much hit home as I have made the transition from three-star kitchens to ones that are not as intense. The transition that you go through as a chef being immersed in the world of Michelin kitchens in the U.S. and Europe is one that takes over your soul.

“Even though I was once a ‘Chef Chef Chef Chef’ person, the portrayal of how ridiculous it sounds was spot on. My wife, who is from the same background, turned it off after 1.5 episodes with the comment, ‘I already lived this, why would I want to watch it on TV?’”

“I thought the show was pretty damn accurate.”

Some quotes were edited for length and/or clarity.