Colicchio will be serving his new "MustSwitch" in New York this weekend. We've got the recipe.

Yellow mustard, like the variety made by French’s, is a staple in most American pantries. But it’s not always a condiment that gets its due from the higher echelons of the culinary world.

To help shift the discourse, five-time James Beard award-winning chef and restaurateur Tom Colicchio has designed a new steak sandwich incorporating French’s classic yellow mustard that will be available at his restaurant CraftNYC this weekend during a pop-up event. To score the MustSwitch sandwich, New Yorkers can trade in a jar of mayonnaise or pledge to make the switch from mayo to mustard. (Mayonnaise received at the pop-up will be donated to local food banks.)

“I have always been a mustard person and I’ve always been a French’s mustard person. Growing up, that was the mustard that we had at home,” Colicchio tells InsideHook. “Like so many things from when you are a kid, it stays with you. I find myself reaching for mustard, even for simple things. If I’m doing a charcuterie, I’m looking for mustard. It’s used in a lot of different cuisines.”

Though Colicchio grew up putting mustard on hot dogs, pretzels and burgers, he decided he wanted to come up with a new sandwich concept that wasn’t just a spin on a traditional Reuben to convince people to consider giving up mayo.

“I took the inspiration from a Mexican dish called ropa vieja that’s typically made by taking flank steak and braising it in spices and aromatic vegetables,” Colicchio says. “So I took that idea and then used the mustard to braise it. So you have all that acid and spice in the mustard and then mushrooms add a little earthiness to the dish. From there we wanted to get something crunchy, but also add something sweet, so we decided to go with marinated cauliflower and raisins and then add some peppery, green bites from some arugula. It was about creating a sandwich that was really balanced and completely delicious.”

According to Colicchio, the design process he uses to build a sandwich is nearly identical to the steps he employs when he is coming up with a new dish.

“I approach it the same way. You want something that’s very balanced and to create different flavors,” he says. “Sandwiches are typically pretty one-note. It’s usually meat, cheese, and some sort of relish, mustard or mayo. So for me, I want to create more of a dish between two pieces of bread, not just a sandwich that’s there for sustenance and that’s it. You kind of create a dish that can kind of go around your mouth, as opposed to something that’s simple.”

Wanna try making the MustSwitch at home? Get yourself some French’s and follow the recipe from Colicchio below. 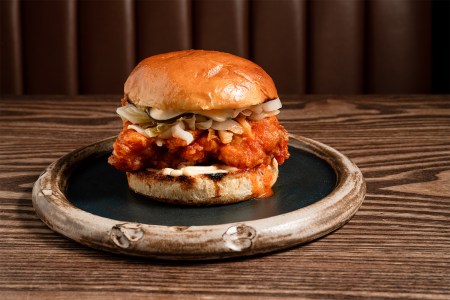 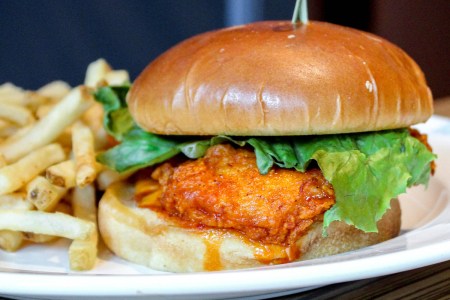 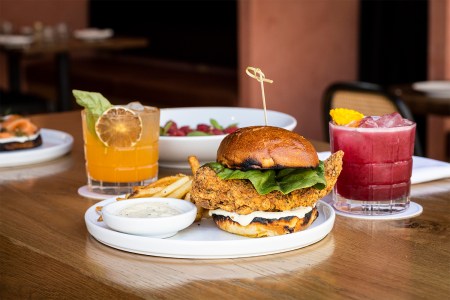