The Nine Most Anticipated Restaurant Openings of 2017

(The Patio at the Margi)
By Matthew Reitman 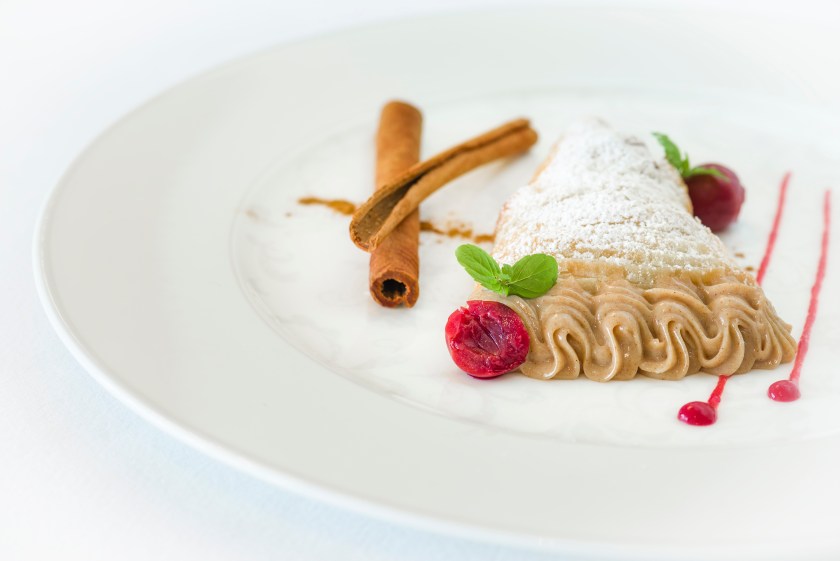 The food industry is a tough business. Almost 60 percent of all restaurants fail within the first three years. That’s bad news for master chefs, but good news for us. More turnover means more new restaurants. There are a lot to try, so RealClearLife has pared down the options to nine of the best spots around the world—whether they opened their doors at the end of 2016 or are set to open sometime soon.

Daniel Humm and co-owner Will Guidara cemented their place in the upper echelons of the culinary world after their meteoric rise that included bringing three Michelin stars to 11 Madison Park and winning a James Beard award (best bar) for the Nomad Hotel’s restaurant. The pair is bringing their refined take on casual fare—like bacon-wrapped hotdogs with black truffle and celery relish—to the West Coast in the form of a food truck, first, and by the end of 2017, a brick-and-motor location. The combo will set up shop in downtown Los Angeles, on the corner of Seventh Street and Olive. The Nomad truck is already cruising around L.A., if anyone is dying to get their hands on Humm’s latest treats. Diners beware: much-loved dishes that the truck doles out (see below) may not make the cut for the menu at the Nomad’s restaurant spot. 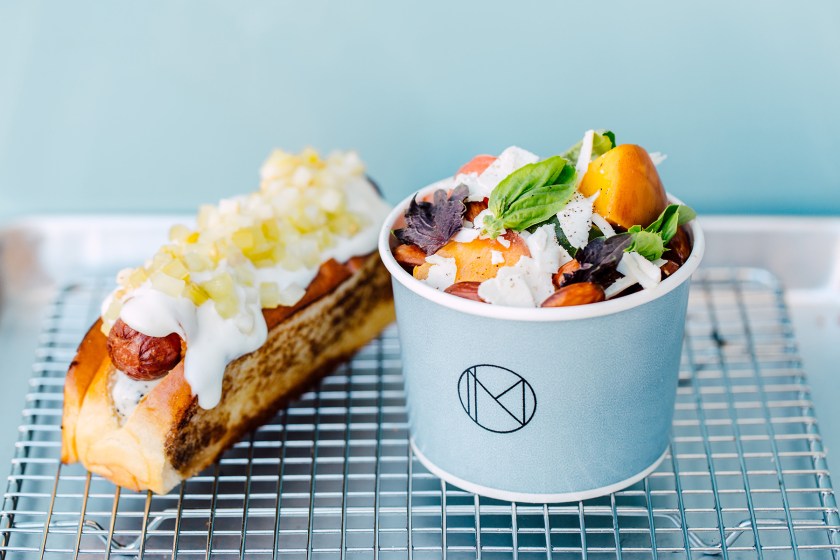 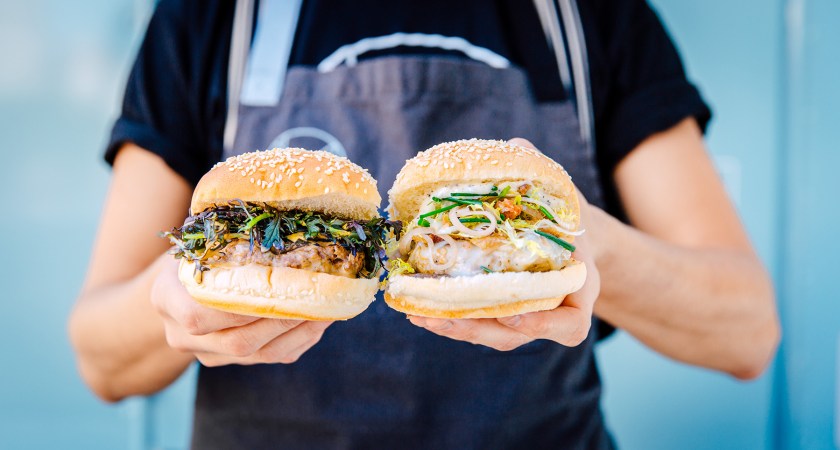 Sushi purists should head to this spot run by chef Rei Masuda, the 36-year-old protégé of Jiro Ono (of Jiro Dreams of Sushi fame). Promising “the quintessential Edomae Sushi experience,” Sushi Wakon serves the freshest catch to diners at a 10-person Hinoki counter and two private dining rooms. The intimate atmosphere and austere, high-quality dishes allow for customers to take in views of a serene, 800-year-old pond while indulging. Housed on the third floor of Kyoto’s Four Seasons Hotel, Sushi Wakon follows on the heels of Masuda’s initial hit with Sushi Masua, which earned him two Michelin stars. Make reservations here. 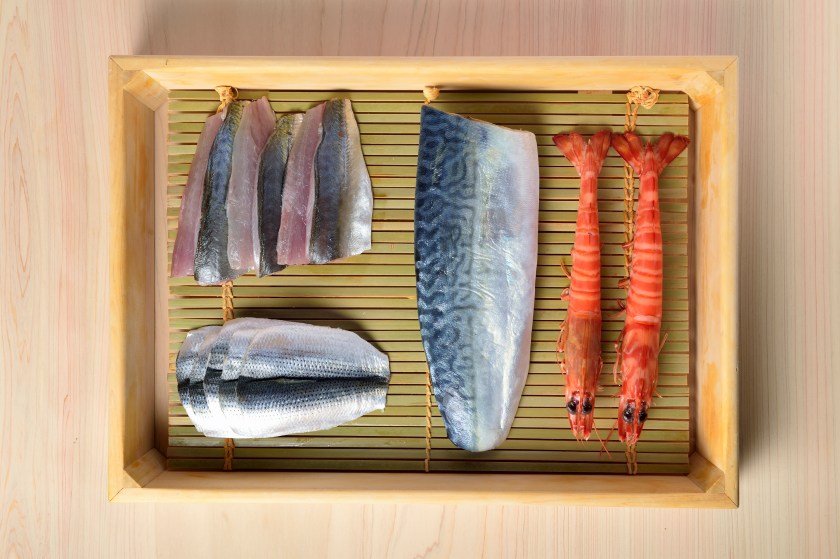 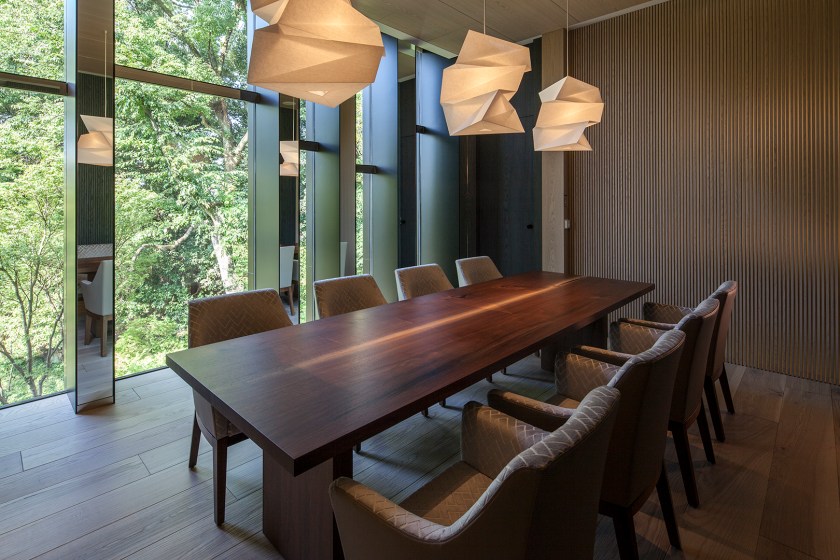 If you’ve patronized New York City’s Spotted Pig, you’ll likely remember its cold pints and mouth-watering bleu cheese hamburgers. Last Fall, April Bloomfield and partner Ken Friedman, the pair behind the West Village’s beloved gastropub, brought their talents to the Upper West Side for a steakhouse that also functions as a butcher shop. The 38-seat dining room has a meaty menu with casual offerings like English-style pasties, rotisserie chicken, and a slew of sandwiches for lunch. Its dinner menu puts the butcher block in the spotlight, serving up cuts typically reserved for the pros (i.e. the ones you wouldn’t make at home) like velvet steak. Oh, and did we mention White Gold has a “hot dog happy hour” (made in-house) for the kids? 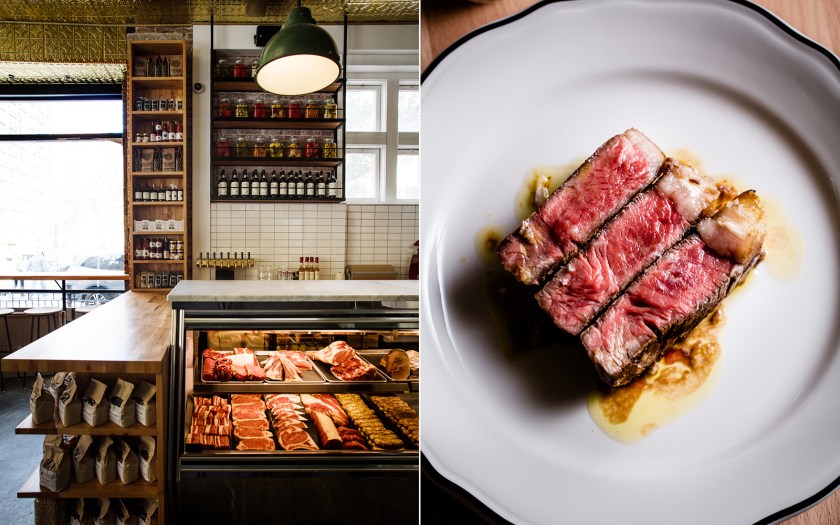 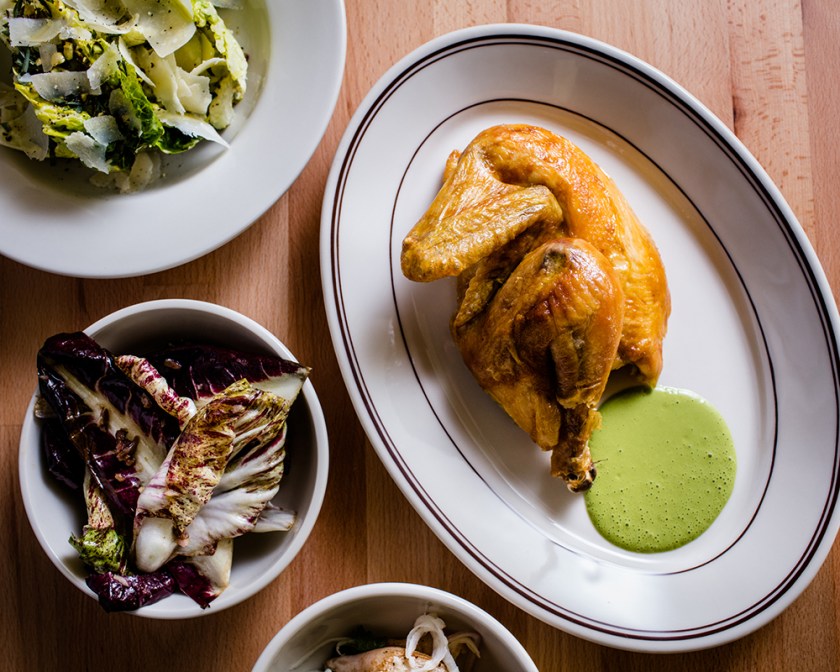 New Zealand has snowballed into a luxury haven for the world’s elite, and  Helena Bay only adds to the offerings with Don Alfonso. To pair its natural scenery with culinary delights, the Northland lodge brought in the fine cuisine from Southern Italy’s world-renowned Ristorante Don Alfonso 1890 to the North Island. Fueled by Helena Bay’s sprawling gardens and farms, this refined Italian eatery offers an “estate-to-plate” menu that changes every day. Chef Michele Martino, who brings his expertise from the original location, delivers on this promise with a unique blend of culinary influences from the Amalfi Coast and the vibrant flavors from local Kiwi ingredients. Diners can expect these intriguing flavors in dishes, such as linguine with clams and zucchini. 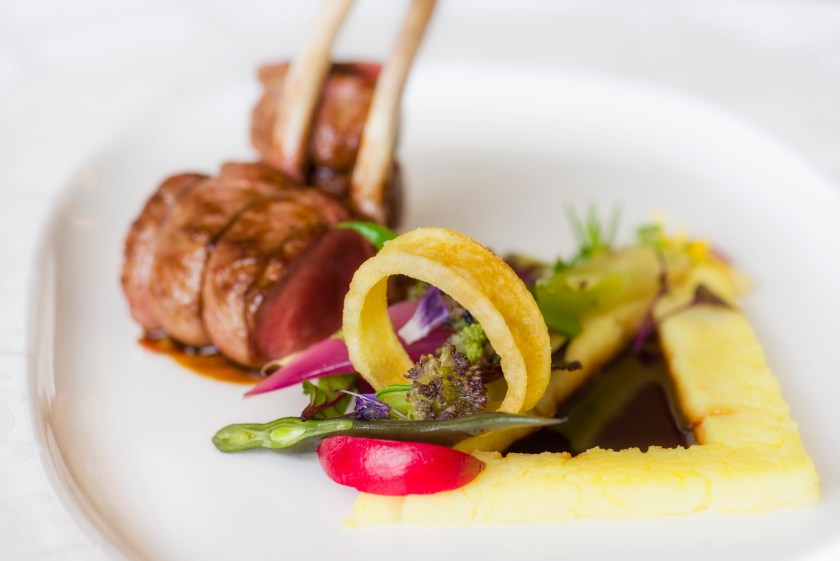 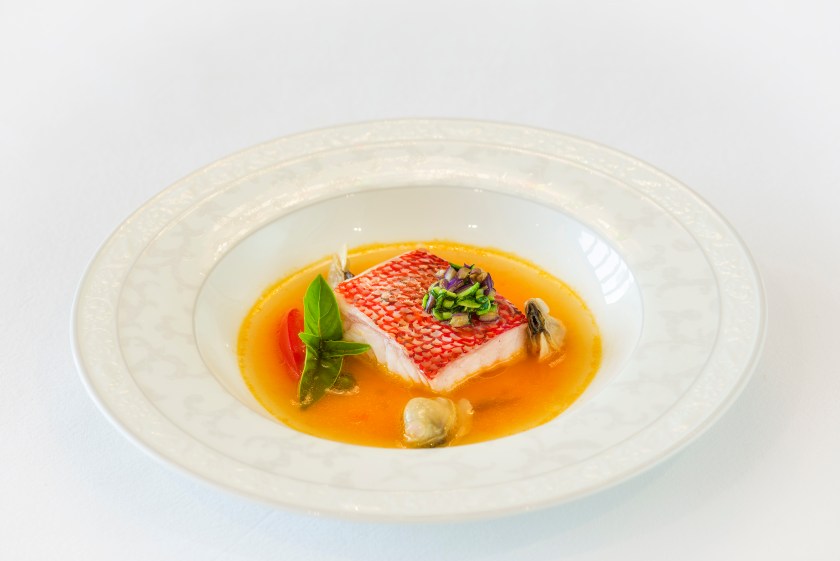 After consistently selling out his popup restaurants around the world, Rene Redzepi is taking his famed Noma to Mexico. The foraging chef will open up shop in Tulum for just seven weeks (which Redzepi calls a residency), from April 12 to May 28. Like an all-inclusive resort, diners wishing for a seat at the foraging chef’s coveted table must shell out $600 (plus tip and tax) for a multi-course tasting menu with alcoholic and nonalcoholic beverage pairings. Such courses are promised to contain a plethora of local seafood such as urchins, tuna, clam, and crabs. And there will probably be some insects, too; his London residency in 2012 shocked dinner-goers with a dish of live ants. Food prep for the 65-person staff will certainly be a chore as its jungle setting means most of the cooking is to be done over an open flame. Redzepi’s Mexico popup is already booked up, but interested parties are encouraged to put their name on the waitlist here. 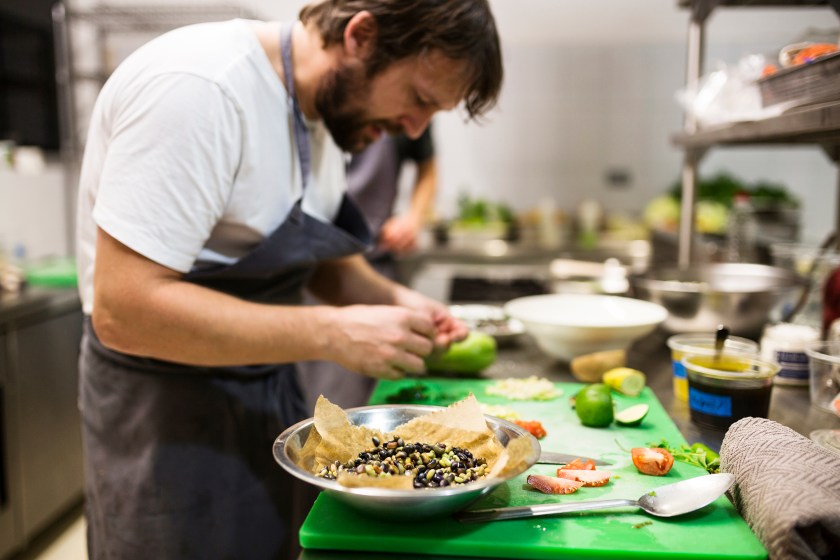 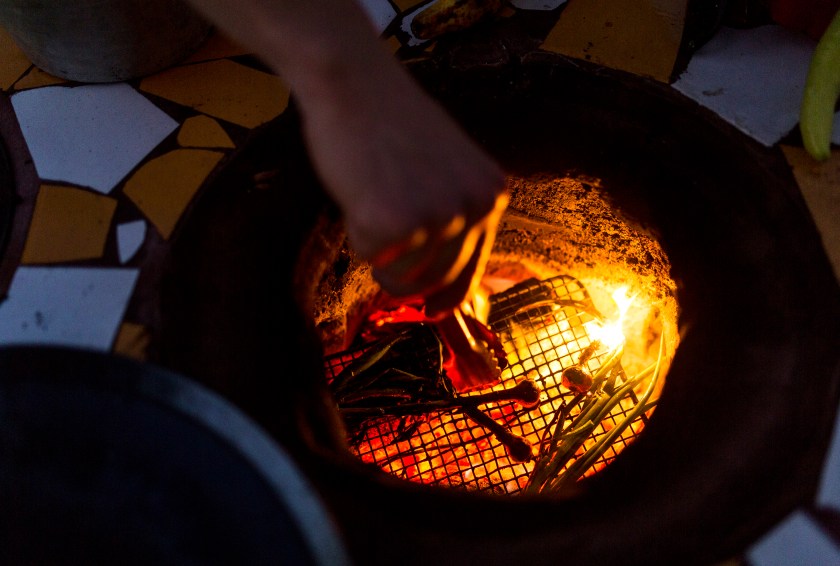 After spending 10 years under the tutelage of Fergus Henderson at London’s St. John, Giles Edwards partnered with his brother James to open a bistro in Cape Town with a French-infused menu that takes on the “nose-to-tail” ethos whole hog. Nestled among the many trendy eateries on Bree Street, La Tete delights diners by surprising them with dishes made from unconventional parts. While the menu changes daily, diners should keep an eye for options like confit of duck gizzards, grilled goat’s heart with peas and mint, and crispy pigtails and aioli. For the less adventurous, the crumbled pork chop and mussels with bacon and Weiss beer are also said to be worth trying if available. 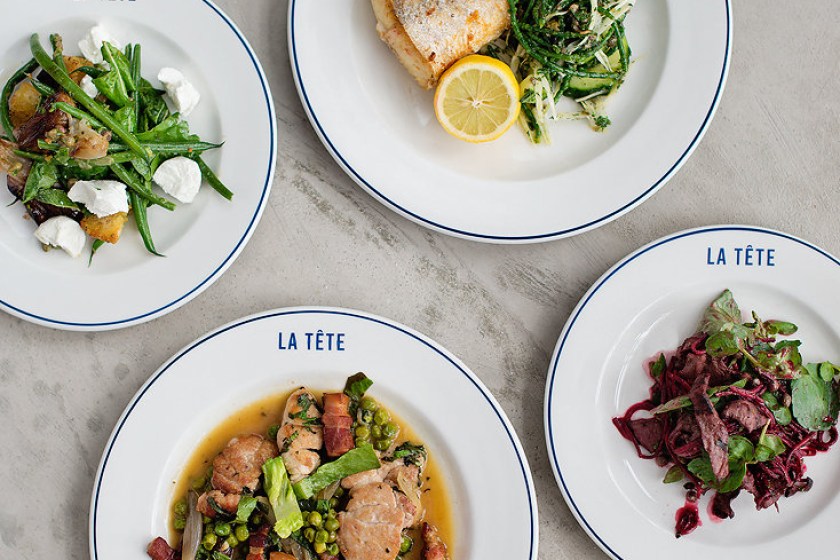 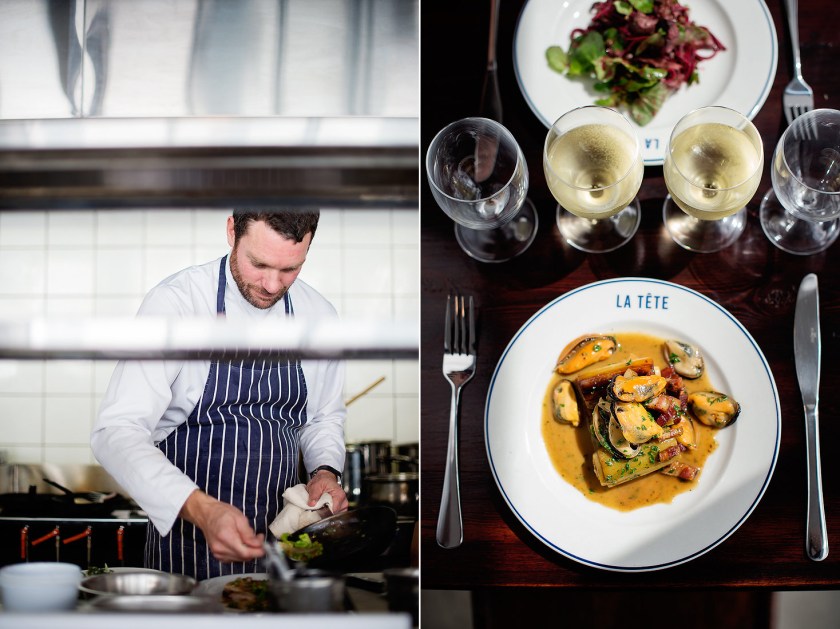 Part of a growing trend of socially minded eateries, this luncheonette with a vintage vibe just opened in the City of Brotherly Love to much excitement. Especially for its charitable ethos. Partnered with Broad Street Ministry, Rooster Soup Co. donates 100 percent of its profits to Philadelphia’s most needy. After striking gold with Federal Donuts (now a chain that only serves coffee, scrumptious fried chicken, and donuts), one of its partners, Steve Cook, realized how much the restaurant was wasting by throwing away parts of the chicken served at Federal Donuts. Thus, Rooster Soup Co. was born, a soup restaurant with a soup kitchen mentality. The under-the-radar-looking eatery serves a wallet-friendly, upscale diner-type menu with a sprinkling of Southern mixed in. Open for breakfast, too, people should expect stick-to-your-bones fare, like egg-and-cheese biscuits, as well as its four soups (see below) and deli sandwich options. 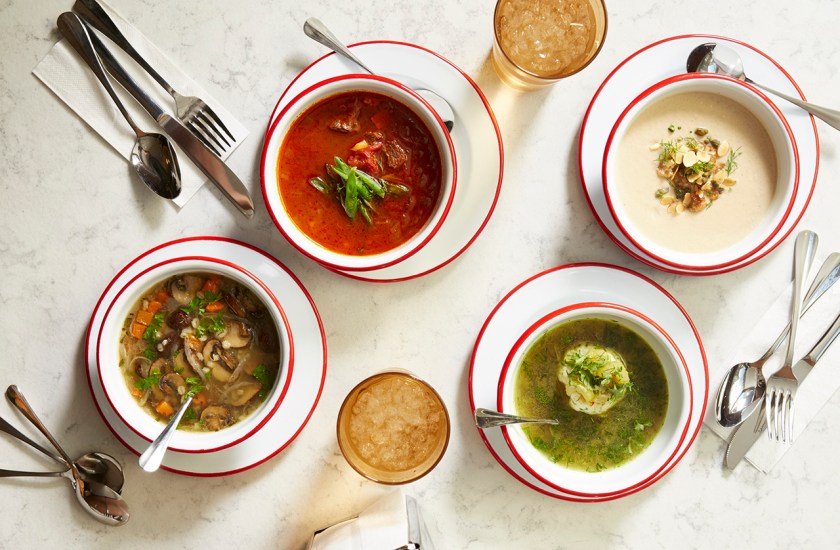 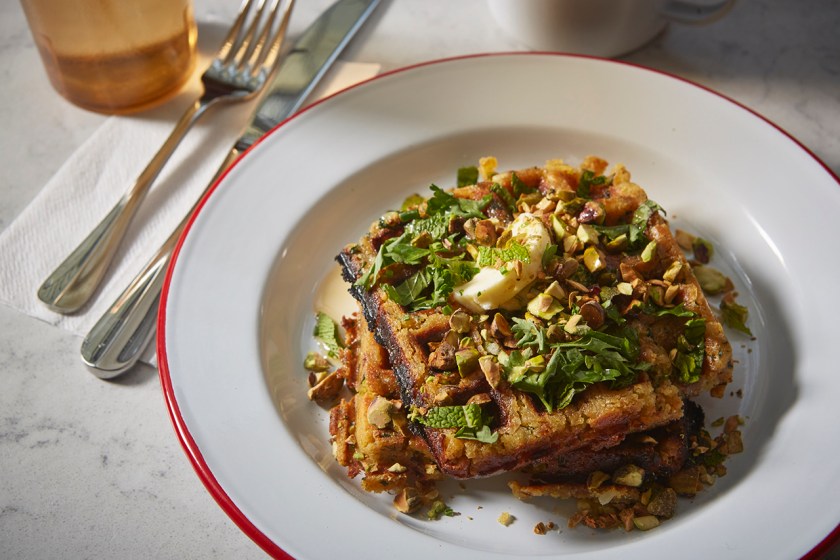 With a trail of Michelin stars in his wake, Panagiotis Giakalis headed to Athens’ Margi Hotel in 2012, where he’s continued to make a name for himself with his gourmet degustation menus. The hotel’s new restaurant Patio is slated to open on April 27, but it’s already generating buzz. Much like Giakalis’ past endeavors, Patio will provide unique gastronomic experiences that fully engage diners’ senses with Mediterranean produce grown in the hotel’s garden. Reservations, which are highly encouraged, can be made via this link. 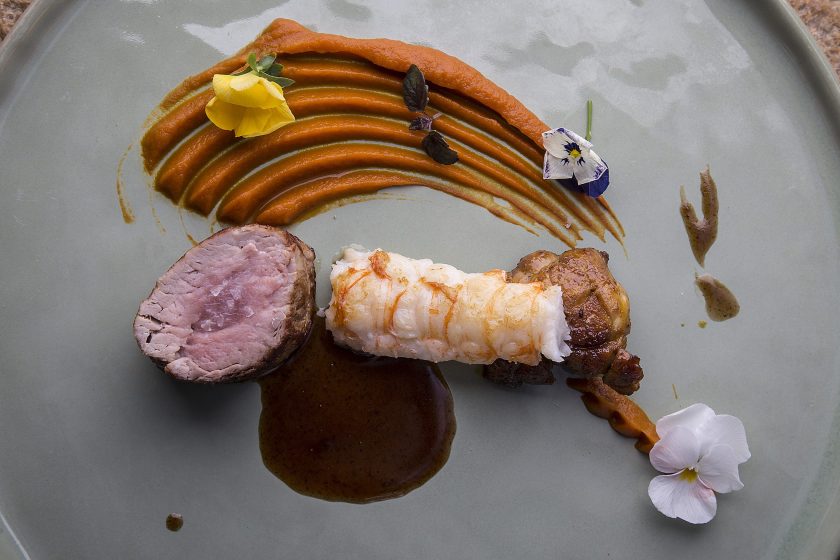 (The Patio at the Margi) 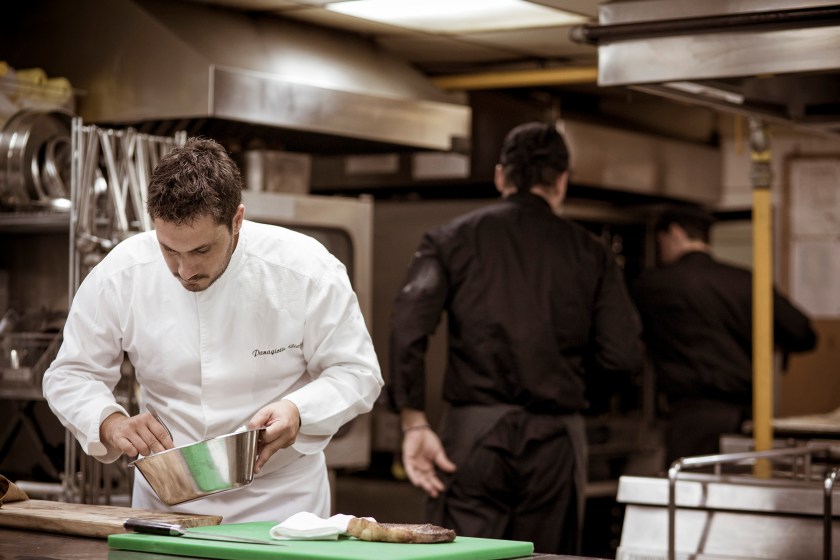 (The Patio at the Margi)

Gavin Kaysen made waves in 2014 when he left his role as head chef at New York City’s Cafe Boulud to contribute to the growing food scene in the Twin Cities. After gaining recognition as a semi-finalist for a James Beard award with Spoon and Stable in Minneapolis (photos below), Kaysen is opening a French Bistro in nearby Wayzata, Minnesota. Though the menu for Bellecour, as Kaysen’s calling his new place, hasn’t been fully formed yet, diners can expect classic French dishes like escargot and french onion soup with seasonal Midwestern ingredients and flavors. Currently scheduled for a spring opening, those interested can learn more here. 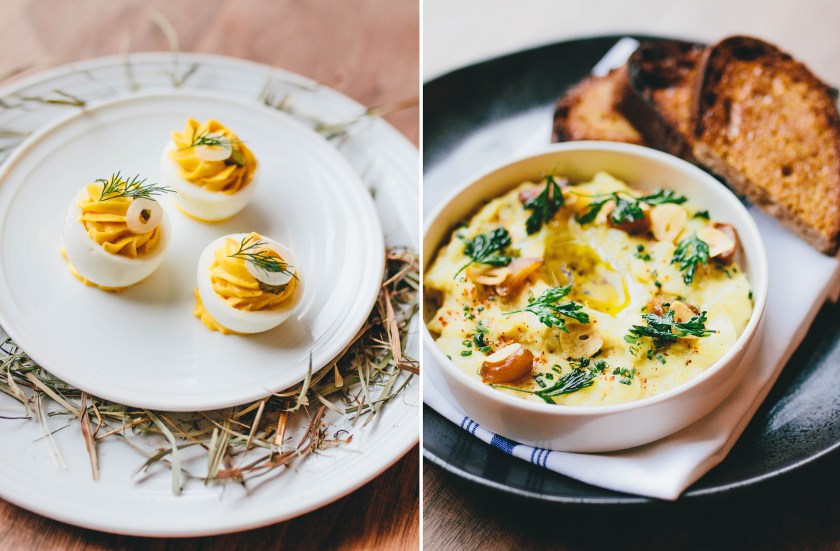 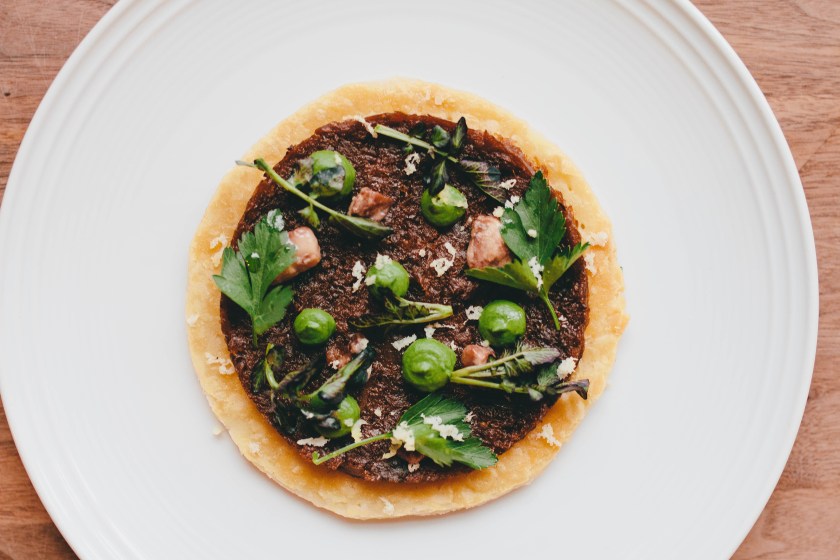