What’s the Healthiest Alternative Milk? We Asked a Nutritionist.

How do oat milk, almond milk and coconut milk stack up? 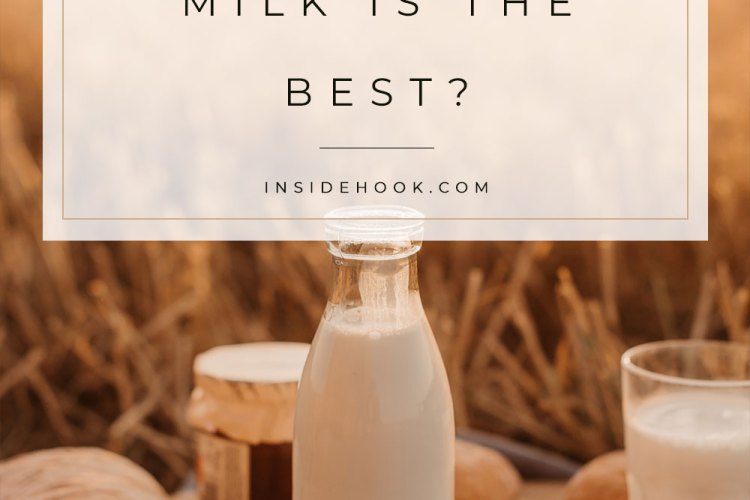 Last month, SNL’s Weekend Update brought on cast member Kyle Mooney as Scooter Rineholdt, a beleaguered dairy distribution executive who slings steins of cow’s milk and claims that plant-based alternatives cause children to go blind. The bit was a reaction to news that Dean Foods, a 94-year-old company and America’s longtime king of milk production, had filed for bankruptcy.

According to Nielsen data supplied to CNN Business, sales of cow’s milk through the end of October this year totaled $12 billion. A hefty sum, sure, but at the same point in 2015, that number totaled $15 billion. Americans are drinking less cow’s milk than ever — for digestive reasons, to cut back on saturated fat, in alliance with the environment, as an appeal to common sense (humans are the only species that consume the milk of a different species) — and in its stead, a dizzying array of “alternative milks” have landed at cafes and grocery stores across the country.

The most familiar of these to the public was long soy milk, the lone plant-based milk to brave the aughts, when plant-based milk seemed to be reserved for outcasts, a substitute used by vegans or those with allergies. But in the last decade, brands have started pasteurizing seemingly anything with roots in the ground. Coconut milk, rice milk, hemp milk, flax milk, etc.

While the practice of “milking” nuts and grains has been around forever (seriously, the Levant was on almond milk in the 1200s), and has long held fans in non-Western regions of the world (60% of adults can’t process milk — a fact little known in Europe and America, areas where lactose intolerance is an outlying condition due to genetic histories), alternative milks have only taken off as a conscious, cooler choice in the last decade. The industry is now estimated to be worth $16 billion, and is propelled by superstars like almond milk and oat milk.

Almond milk rakes in over $1 billion a year and the low-calorie, high-calcium mixture is now a firm staple in home and office kitchens. It’s still the number one choice of millennials, though if any alternative milk has a shot at unseating it, it’s oat milk. The Swedish-conceived milk has been around since the 1990s, and sold under the Oatly label, but only arrived in the States in 2016. Americans subsequently lost their minds. The brand has gone from preferred coffee-add of bearded creatives in Bushwick to grocery list regular for soccer moms in Westchester. And a plus — the oat mixture uses way less water in its production that almond milk, which relies on California almonds.

Accepting the basic premise that alternative milks are a preferred alternative to cow’s milk, we’re interested in discerning between all the options. How does rice milk stack up against coconut milk? What sort of enriching ingredients are being plugged into some of these concoctions to provide a familiar “mouthfeel” for consumers? What the hell is cashew milk?

In order to make sense of all these milks once and for all, we reached out to Karin Adoni Ben-David, a certified nutritionist and health coach who maintains a private practice in Los Angeles and has previously worked as the Head of Nutrition at Reebok Sports in New York. Ben-David has already helped us figure out which energy bars are actually healthy, and set the record straight on sports drinks, too. This time around, we sent her the ingredients lists of eight alternative milks on the market — from the classic Silk Soymilk to the hyper-popular Oatly Oatmilk — and asked her to do a blind power-ranking, from least healthy to most.

For each, we selected the most ubiquitous brand in the space, then chose the healthiest iterations we could find. (Meaning, “Unsweetened” and “Organic” was favored, where possible.) Below, you’ll find Karin’s rankings and an explanation for each.

Ben-David Says: “The second ingredient is oil, the third is tapioca starch, the rest are preservatives and thickeners. This basically this has zero nutritional value.”

Ben-David Says: “This product is made from starch and all kind of add-ons. Avoid it.”

Ben-David Says: “The second ingredient is organic guar gum. Don’t be fooled by the fact that it’s organic; its a thickener so you’re not getting a lot of nutritional value from the product.”

Ben-David Says: “An okay choice. Middle of the pack. There are better options, though.”

Ben-David Says: “Not bad. The first few ingredients are fine, and hemp is a terrific source of vitamins and minerals.”

Ben-David Says: “Good! It mainly contains oatmilk, and the other stuff comes in at less than 2%.”

Ben-David Says: “This mainly contains cashews, instead of thickeners and preservatives, which is always what we’re looking for. With high quality ingredients throughout, this is the best alternative milk.”

Update 1/14/2020: An earlier version of this piece printed an incorrect version of Almond Breeze Almond Milk’s ingredients list. It has since been removed.