Game Meat Should Have a Place on the Thanksgiving Table

Venison, quail and shellfish make an appearance on the Thanksgiving menu at Adrestia
Lawrence Ricardo
By Emily Monaco

Turkey may be synonymous with Thanksgiving celebrations, but this year, we might have to go off-script. According to The New York Times, producers have been cutting back on raising turkeys since 2019 after prices for the birds bottomed out. Additionally, the triple threat of the pandemic, inflation and persistent avian flu killing upwards of 3% of the American turkey population means it’s going to be harder (and likely far more expensive) to find the classic centerpiece than usual. But some American chefs aren’t sorry to see the birds go. Not only do historians remain unconvinced that Thanksgiving turkey is historically accurate, but many admit they don’t even like the poultry they spend most of their time (and anxiety) perfecting each year.

“My wife hates turkey,” says Chef Dan Jacobs of EsterEv in Milwaukee. “She doesn’t understand why Thanksgiving is always the big hoopla it is.”

Chef John Manion of El Che Steakhouse & Bar in Chicago agrees. “I’m of the mind that turkey is essential to Thanksgiving dinner because it provides what I need to enjoy what’s really central to my meal,” he says. “I use the bones and wings to make stock, I use the drippings to make gravy and the offal to make stuffing, forming the starchy Holy Trinity of the third Thursday in November: mashed potatoes, stuffing and gravy. In terms of the center of the plate, I’m indifferent to turkey. It’s fine, but I’d rather eat something else.”

For many chefs, that something else is clear: game. Historically speaking, wild game is a likely candidate for the centerpiece of the first Thanksgiving meal, to which, records show, the Wampanoag contributed five deer. It’s for this reason that Chef Hideki Myo of Adrestia is serving game at his Thanksgiving family-style prix fixe.

“We took a step back from the commercial aspect of the holiday, creating a menu inspired by the indigenous ingredients of our region, which includes a lot of wild game like venison and quail, wild mushrooms, berries, and more,” Myo says.

Dan Van Rite — the other Chef of EsterEv — also likes this approach, not just for historical accuracy, but also for seasonality. “Game meats like venison or elk are hunted in the fall, where turkeys are hunted in the spring,” he says. Van Rite also notes that game is an easy swap, pairing particularly well with the autumnal produce and herbs that are so abundant elsewhere on the Thanksgiving table.

“Game is truly the chef’s choice for a Thanksgiving dinner,” says Ricky Dolinsky, chef-owner of the newly-opened Yo+Shoku in NYC. “Not only does it thematically fit with the idea of what our American ancestors ate during the first Thanksgiving, but it also pairs wonderfully with the accouterments and flavors we associate with the holiday today.”

If larger game like deer and elk seem a bit overwhelming, never fear because you’re in good company. Jacobs is less a fan of overly gamey fare, but he embraces items he dubs “gateway games.”

“I think quail is a great way to go, giving everybody their individual bird,” he says. “Pheasant, you could cook almost like chicken.” 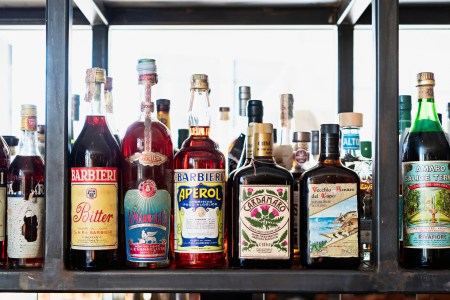 Manion, too, is a huge proponent of serving game birds. “I absolutely love to cook and eat game birds (I’m going pheasant hunting the weekend before Thanksgiving) and think they make a fantastic meal,” he says. “The good news is that if you don’t know a generous bird hunter or hunt yourself, these birds are all available in their farm-raised form.”

Chris Bleidorn, executive chef and co-owner of two-star Michelin Birdsong and newly opened Birdbox in San Francisco, also loves more non-traditional poultry for his holiday table. “For Thanksgiving, I prefer to not add to the overwhelming demand for turkeys,” he says. “Goose or duck are my first choices — still within the bird family, not overly commercialized and super tasty!”

Chef Aaron Cuschieri of Chicago’s The Dearborn also loves whole roasted duck as a centerpiece. “A whole duck cooks up much easier and more delicious,” he says, noting that the higher fat content makes it more difficult to overcook. “Once [turkey] is overcooked, it becomes merely a vessel to get gravy and stuffing into your mouth.”

You also don’t need to go with a meaty main to stay true to tradition. Given the first Thanksgiving’s setting in Plymouth, evidence points to shellfish like oysters and lobster being served at the feast, an idea Jacobs is totally in favor of.

“Something like stir-fried lobster, Dungeness crabs or even a seafood boil, where you’re dumping it on the table,” Jacobs suggests. “You’re in there together with your hands, kind of making a little bit of a mess, but I feel like that’s so much more fun.”

It’s totally different from more formal, tablescaped visions of the holiday, but for Jacobs, that’s far from a bad thing.

“I’ve always loved the idea of Thanksgiving, and I think the idea of not doing turkey, it kind of shows us a lot of options,” he says.

Riffing on the menu may ruffle a few feathers, but it can also pave the way for new traditions. Maybe we can be grateful for the turkey shortage after all. 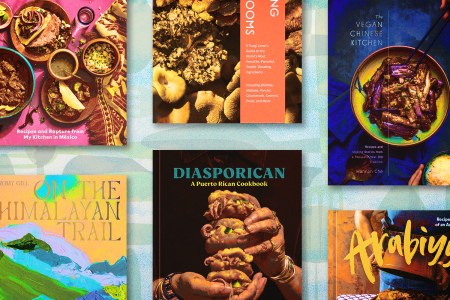