How Do You Cook Elk and Other Wild Game?

Firing up the grill for beef, chicken and ribs will never go out of style, but there’s something particularly satisfying about cooking and eating wild game. Few people know this better than Mark Schmidt, a 30-year restaurant veteran and the executive chef at Rainbow Lodge in Houston.

Situated in an early-1900s-era log cabin on lush grounds, Rainbow Lodge has been serving wild game and seafood since it opened in 1977. All these years later, it’s still one of the best spots in the state to score elk, bison, venison, antelope, duck and quail. One favorite menu item is the grilled North American elk chop served with root vegetable enchiladas, New Mexican green chile sauce and radish salpicon.

Schmidt says that he likes to keep dishes regional when possible, and Texas loves its enchiladas, so he thought root vegetable enchiladas would make a good accompaniment to the elk. “It is a nice and hearty dish, but not heavy,” he says. And the green chile reflects the time he spent cooking in Santa Fe prior to his tenure at Rainbow Lodge.

When cooking elk, it’s important to note that it has almost no intermuscular fat, so it can overcook easily, explains Schmidt. The lack of fat also means that seasoning the meat is extra important.

“I season the meat and then set it out to come to room temp, so it has time to absorb some of the salt before cooking,” he says. “Between home cooks and restaurant chefs, us restaurant chefs tend to use more salt, but our food isn’t salty — it’s about the right amount and timing.”

The elk’s lack of fat also means it will cook more quickly than beef or chicken, so watch the clock.

Stoves and grills vary, but Schmidt says to aim for 450 to 500 degrees, cooking the meat over direct heat to form a good sear. Generally, two to three minutes per side equals rare, and two to four minutes per side gets to you medium rare.

When acquiring elk or other wild game, Schmidt suggests working with a reputable supplier to source the best cuts. And while it’s always fun to cook big hunks of meat on the grill, shanks are a great choice for slow-cooking.

Below, Schmidt shares his recipe for grilling elk. Follow his pro tips above, and give it a whirl at home.

1.Rub each elk chop with olive oil. Season the chops with the salt and pepper, and let them come to room temperature (about 30 minutes). While the elk is resting, heat the grill to 500 degrees. When ready, place the chops on the grill over direct heat. 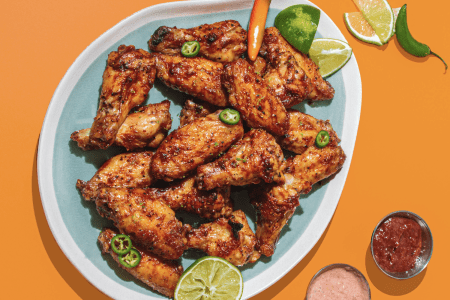