France is known for its champagne, but an English scientist invented sparkling wine first.

There is no international export more immediately identified with France than champagne.

Evidently, nobody told the French everybody’s favorite celebratory sparkling wine was invented and popularized in England. In the never-ending stream of issues the French and Brits find to argue about, this effervescent debate says the very word and indeed all varietals of champagne are the exclusive domain of that titular region of Northern France.

Meanwhile, the British point out that the effervescent vino was invented by the English scientist and doctor Christopher Merret in the mid 1600s before Dom Perignon got his gloves on the recipe and made it all became the sole domain of Rheims.

This battle of bubbly is becoming pointless as the hardworking men and women of idyllic Sussex in the south of England are making their own sparkling wine in exportable amounts across multiple regional wineries. As they produce each year’s vintage, the proud Brits couldn’t care less where champagne came to be. The French can have it.

Unlike traditional wines that arrive at your table sans bubbles (many of which flourish amidst hot days and cool nights), the grapes forging sparkling brands grow best in consistently cooler, stable climates. Located only about 80 miles south of the Champagne Region of France as the longitude lines run, Sussex offers just those conditions, throwing in ideal chalk-spiked spoil to produce ample grape crops. Winers stud the rolling hills between London and England’s south coast — calling across the channel to the French to bring it on in a sort of alcohol-fueled Agincourt.

During a recent tour of Sussex and the green stretches of the South Downs, four of the best U.K. vineyards and wineries offered a look at their growing operations and more than a few sips of their fresh and fruity products. With the Royal Wedding christening a new Duke and Duchess of Sussex, Southern England is ready to kick in the doors of the world’s finest wine cellars. 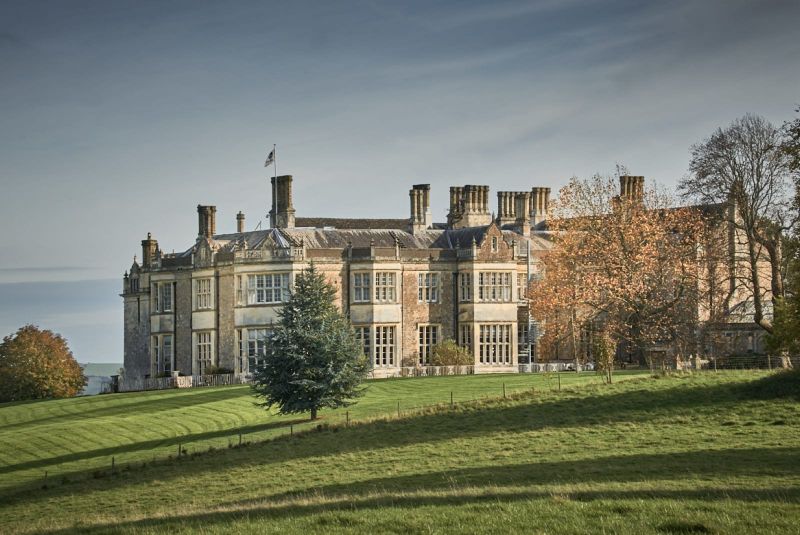 Dominated by a sprawling country house that’s now used by the UK’s Foreign Office for official gatherings, the Wiston Estate has been owned and managed by the Goring family since 1743 when it had to give up the real estate that now hosts Buckingham Palace. Its 6,000 acres now includes thousands of vines growing Chardonnay, Pinot Noir and Pinot Meunier grapes.

Dry without back bite on the palette, there’s a sophistication about Wiston’s offerings, especially the Wiston Rose. 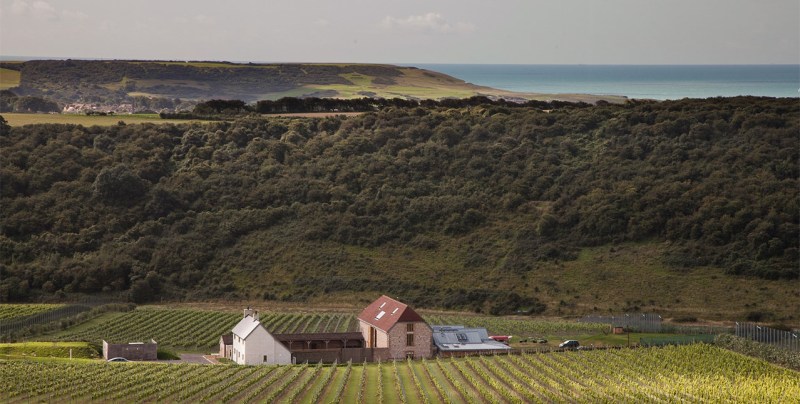 Established in 2010, Rathfinny boasts one of the largest vineyards along the countryside and produces its wines in a bigger operation than Wiston. Putting out in the neighborhood of 100,000 bottles per year with the express intention of making wine for imbibers far and wide. London’s historic and prestigious Savoy serves up Rathfinny selections with its famed afternoon tea. 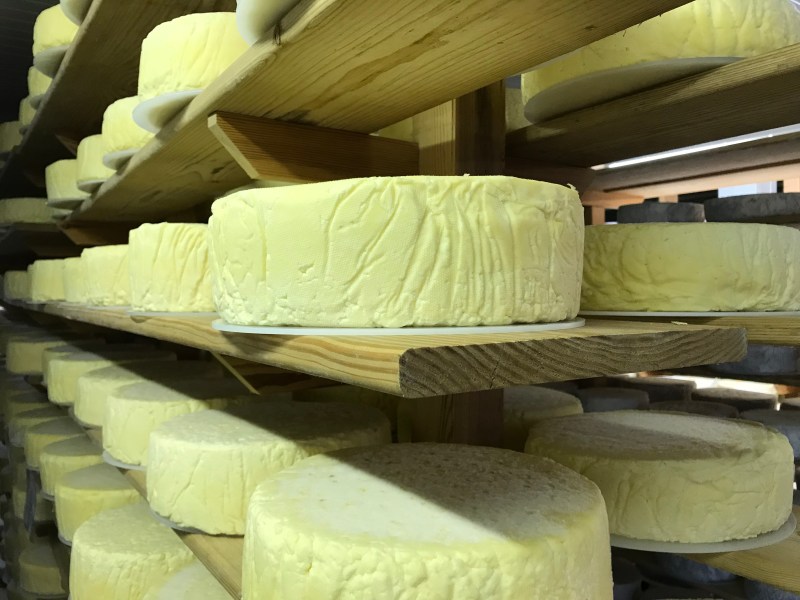 A good sparkling wine stands well on its own, but it picks up extras character when partnered with food. Set between these Sussex wineries, small farms produce culinary treats Susses chefs like to pair with the neighboring wines.

High Weald Dairy was founded in the late 1980s and produces small batches of award winning cheeses from nearby cattle, sheep and goat herds. Selling their curds across England, High Weald is especially proud of its goat and sheep-based cheeses.

Nearby, Trenchmore Farm keeps Sussex restaurants stocked with some of the U.K.’s finest beef. Specially in a crossbreed of Sussex and Wagyu cattle, Trenchmore was winner of the Sussex Food and Drink Awards Farmer of the Year 2017.

An orchard of apple trees runs along one side of the farm. The fruit goes into Silly Moo, an outstanding light, medium dry hard cider. This reporter brought a bottle home across the Atlantic. 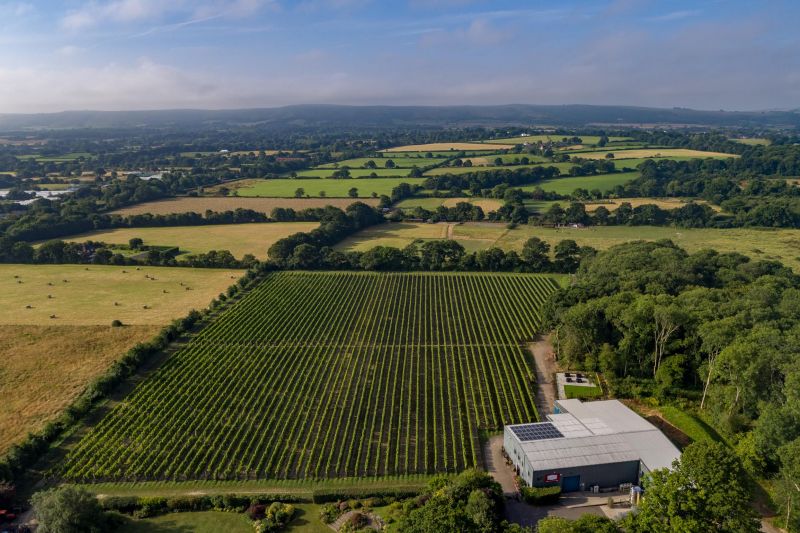 Owned by Mike and Chris Roberts, Ridgeview opened in 1995 and sits properly enough atop a ridge overlooking the breadth of the South Downs. Taking advantage of that ideal climate and soil to grow that familiar, essential mix of Chardonnay, Pinot Noir and Pinot Meunier.

Ridgeview runs a streamlined operation, boasting some of the oldest vines in the U.K. Brits can find the company’s Fitzrovia Rose and Rose de Noir at Waitrose or Marks & Spencer, but Ridgeview also exports internationally. 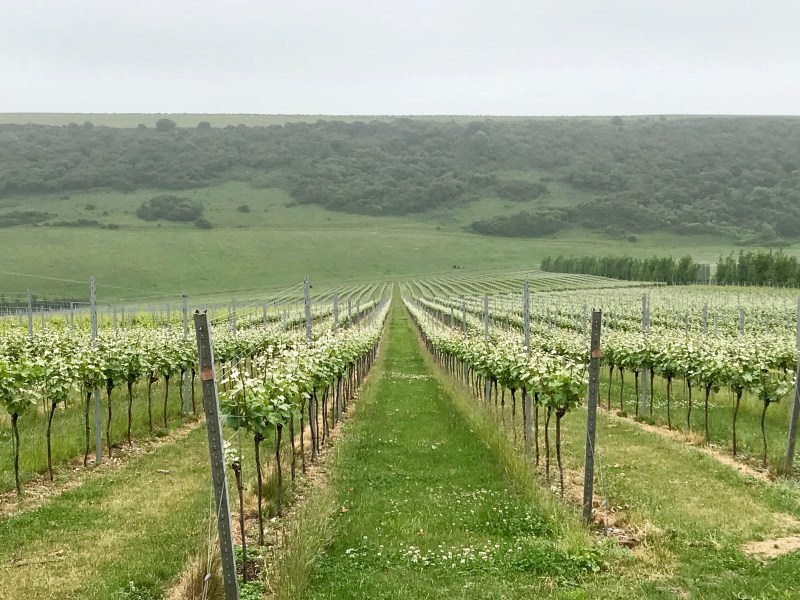 Though the smallest of the four wineries listed here, family owned and operated Bluebell offers a wide spectrum of wines. From the Barrel Aged Blanc de Blancs 2013 to the Classic Cuvee 2014, Bluebell’s selections are deliberately fruit forward — often lighter and sweeter to its sister vineyards across the Downs.

The winery’s grounds are studded with bluebell skirting the forest edges, while it’s slightly more inland venue substitutes a clay-based soil for the chalk of the other three vineyards.

Bluebell first released its wine for the 2007 vintage. Since then, its 2011 Blanc de Blancs (a pale, lighter sparkling wine that works perfectly as an aperitif or dessert finisher) recently won the Food Match Trophy at the 2016 Sommelier Wines Awards.

Searcy’s Brasserie and Champagne Bar and Beyond 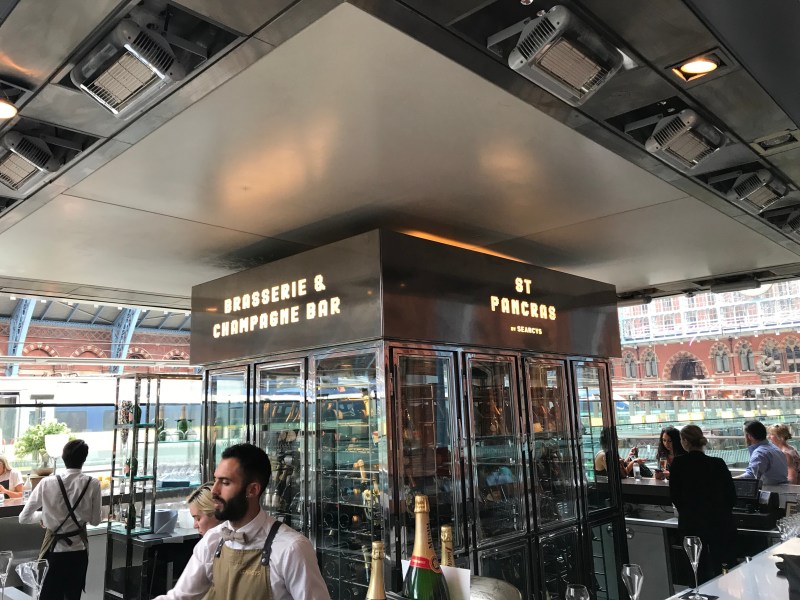 Heading back to the capital city, London is studded with joints that specialize in serving England-made wines.

While the larger operations amongst these four are already sending their wine far and wide across the world, a central London HQ for everything British sparkling is the Searcy’s Brasserie and Champagne Bar in the 150-year-old St. Pancras Station. Offering the longest bar space in Europe – running a floor about the length of the Eurostar Chunnel train’s track, the warm art deco dining room offers lessons in U.K. sparkling from Searcy’s Drinks Ambassador, Joel Claustre.

Afternoon tea at Jean-Georges at The Connaught serves up glasses on English sparkling puts a seasonal amuse-bouche, fresh finger sandwiches, patisseries and all of the trimmings.

Along Piccadilly across from Green Park and in sight of The Ritz, Hide is an independent restaurant and bar set up by Hedonism Wines and Ollie Dabbous. Hedonism’s extensive wine list, including UK offerings from Sussex and beyond. If a diner finds a wine they love, they can pick it up for sale at the nearby Hedonism store in Mayfair.

Finally, the great London steak joint Oblix – positioned high above London more than midway up The Shard – piles British sparkling wines onto its own strong list. While enjoying their top notch meat and seafood with views only the tallest building in Europe can provide, Oblix diners can match white and rose bubbling wines perfected an hour south in not-so-sunny Sussex.