It's Time to Have a Conversation About Smarter Meat Eating 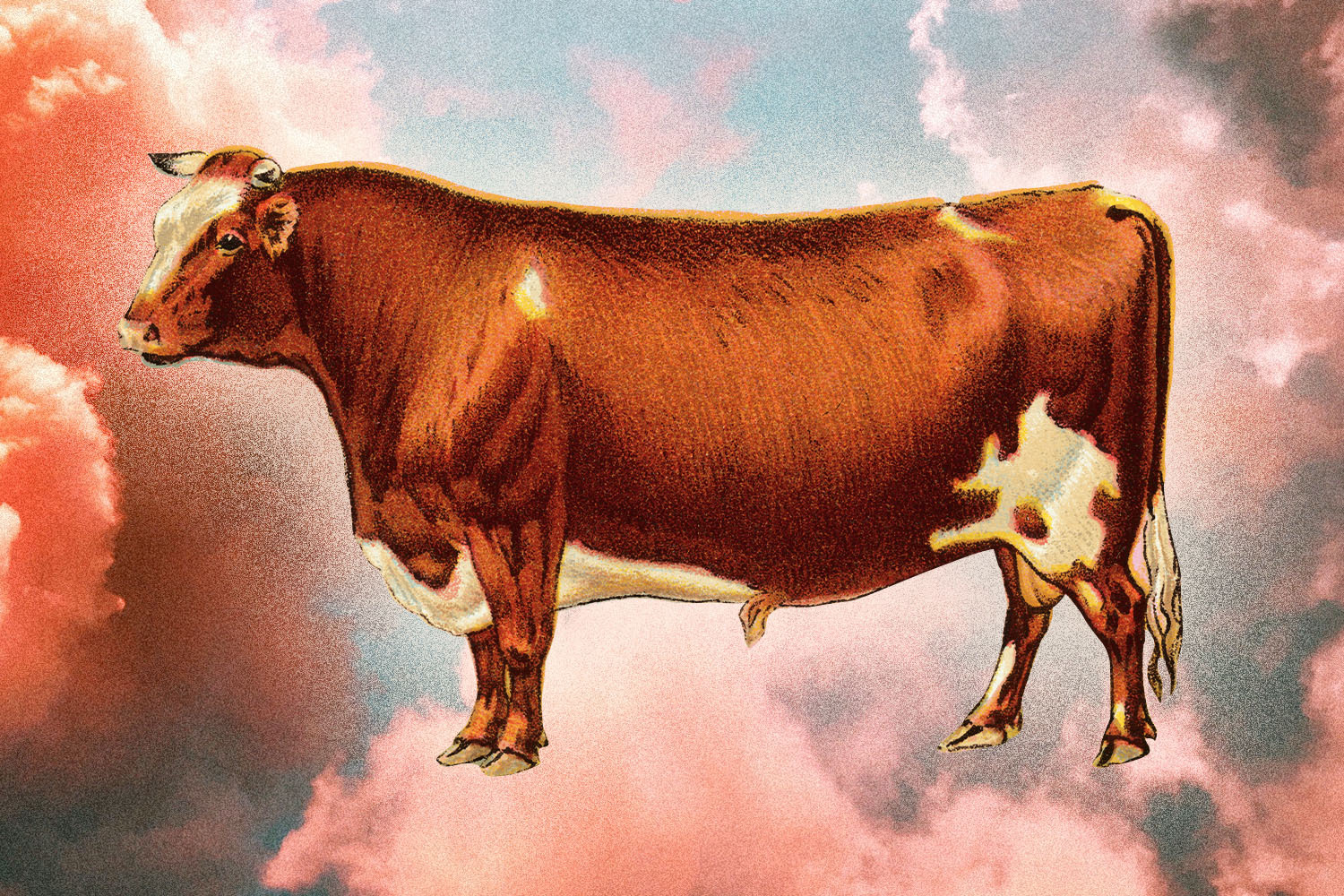 America is obsessed with meat. And depending on what side of the conversation you fall on, you either think that’s great, or you hate it.

This has long been a conversation of absolutes. Beef, as many who grew up in the 1990s will recall, was always “what’s for dinner,” set to a resounding section from Aaron Copland’s Rodeo. Underneath McDonald’s glowing arches is the boastful claim of “Billions and billions served.” The city of Chicago will always be the “city of the Big Shoulders,” but Carl Sandburg started off his famous poem that gave the city that title by proclaiming it’s also the “Hog Butcher for the World.” One of the greatest sports franchises, the Green Bay Packers, get their name from a company that used the slogan, “A meat market on your pantry shelf.” When we celebrate the very founding of our country on July 4th, we do it by tossing burger patties and hot dogs on the grill; the holiday is so associated with encased meats, that, under normal circumstances, one of its greatest traditions is a celebration of carnivorous excess with no rival: the Nathan’s Hot Dog Eating Contest on Coney Island.

Or, as Jonathan Safran Foer wrote for the New York Times last week, we’ve reached “The End of Meat.”

Catchy headline aside, Safran Foer lays out all the bad eating meat does, beyond the mere murder of a living thing. He points out the environmental impact the industry has wrought on the planet as well as the racial and economic implications that go along with putting that steak or pork chop in your cart at the grocery store. This is something I think about all the time. As a meat eater who spent nearly a decade from my late teens into my twenties as a vegan and vegetarian, I made a very conscious decision as to how and what I’d consume when I decided to start eating meat again. I try to pay close attention to where my food comes from, seeking out and paying a little more money for beef and chicken that have a stamp declaring them “humanely raised” next to the nutritional information. It’s not something I bask in or boast about: I sometimes eat meat. That’s it. I don’t do it all the time, because there’s not much reason to: it’s unhealthy, expensive and, yes, unethical. My choice is a hypocritical one, I recognize that, but it’s mine, and I own it.

And while I won’t argue with Safran Foer looking for “a movement away from meat,” I will say that we’re a lifetime away from that sort of thing happening. Meat isn’t just part of America’s diet — it’s something nearly every culture on the planet shares. Safran Foer points out that such a movement isn’t elitist, but for years it has been painted as such, and that’s hard to wipe away from people’s minds. The angry, opinionated vegetarian is a trope unto itself, and, unfortunately, it’s not going away. Minds have been made up. More people will move away from meat, thanks in large part to better plant-based options, but a full-on movement will take more than an oped from a wealthy writer from the East Coast.

While I don’t disagree with a lot of what Safran Foer has to say — especially when it comes to how horrible factory farming is — his article ends up feeling like more finger wagging, and in an era where certain opinions can place you on one side or the other of the culture wars, I worry a very necessary conversation could be getting drowned out. That, yes, less meat is a great idea, but it’s also not just going to happen as a direct result of an uptick in plant-based burgers. Being smarter about meat — and educating people about the impact their choices have — could.

So how do we do that? Well, for one, we need to stop thinking of meat as a choice between chicken, pork and beef. We need to show there are other types of meat out there, from venison to boar, and maybe most importantly, that you don’t have to go to your grocery store to get it.

As somebody who grew up fishing with plenty of family and friends who went on hunting trips during the weekend, I’ve had my fair share of freshly killed meat. And while I’m a huge fan of going to my local butcher who also runs their own small farm, and am willing to shell out more money for a cut of cow that was raised humanely and not pumped full of hormones, I recognize not everybody can do that. So why don’t we make hunting for your food more of a normal American activity again? Hunting has been in decline for some time, and while animal-rights activists might cheer that on, it’s actually a bad thing. Hunting licenses help pay for many of our important conservation efforts, and the dwindling numbers have left states searching for new ways to fund public lands and wildlife projects. But as one Washington Post article from this past February pointed out, some states are making more of an effort to get a new generation of people interested in hunting, including women, people of color and “the growing number of locavores — people who seek locally sourced food.”

That, to me, is the smartest avenue to having a different conversation about eating meat: change how we get it and where we get it from. Start teaching people about their options and empower them to make better choices; don’t just tell them they should. Sure, it’s not the perfect, meat-free utopia Safran Foer and other people that don’t eat meat are looking for, but some of the smartest people I’ve talked to and read on the subject of sustainable meat-eating habits tend to be hunters. Having more people who understand that could only help steer the conversation toward a broader cultural agreement as to where we get our meat from.

Of course, that’s just a start. I do think most people could stand to eat less meat in general. As somebody who used to go to restaurants about three days a week, my rule of thumb was to always go with the vegetarian option if one was offered. Any chef or establishment worth their salt can make a steak; it takes care and precision to make a great meat-free dish. And the rewards to the eater, in my experience, are often greater than any overrated burger.

That said, I’m still going to find myself craving that overrated burger every now and then, even though I can recreate the experience at home with something from Beyond Meat. And if I’m being completely honest, my favorite burger in New York City is, yes, a vegetarian one: I’d take Superiority Burger over Shake Shack or the $30 Black Label burger at Minetta Tavern any day.

There is a lot more work that goes into shifting the meat-geist, like getting people who can’t usually afford fresh produce better, more affordable choices. On a grander scale, we also need to demand legislation (and legislators) who support smaller, family-owned and independent farms, so people in our heartland can afford to grow crops beyond just wheat and corn. If we can keep bailing out big meat, why can’t we do the same with small veg?

I know I’m not going to convince many people by putting all this to paper. Like Safran Foer, I’m also a guy on the East Coast getting paid to write. But I know in my bones that this doesn’t have to be a partisan issue; people on the Right as well as the Left know there’s a lot wrong with the decisions we’re currently making. And I also know that it will take a united effort before we can all start making better ones.