(Caters News Agency)
By Will Levith 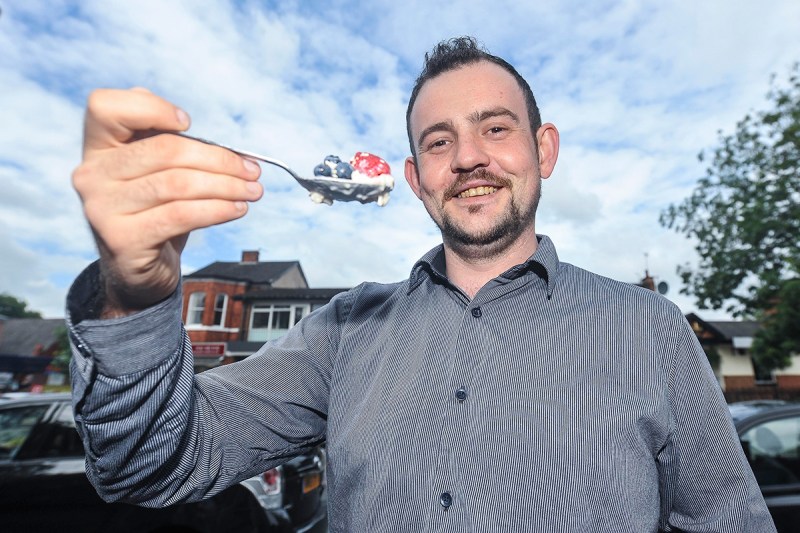 Negative online reviews have been known to wreak havoc on a restaurant’s business, if reviewers don’t get the service they’re expecting or get served up a subpar meal.

Some restaurants try to take matters into their own hands—often with terrible results. Others just take it on the chin. Like 27-year-old Arlo Calderbank, who manages the Nook Neighborhood Café in the town of Stockport in Greater Manchester, England. Calderbank discovered some particularly vitriolic comments on his restaurant’s TripAdvisor page. One one-star review reads: “The porridge arrived, [and] it was tepid and undercooked.” But rather than returning fire to the commenter, Calderbank took matters into his own hands, scrawling offline messages on the Nook’s outdoor blackboard.

The series of tongue-in-cheek messages caused a viral feeding frenzy—one Facebook post saw 12,000 likes and 2,000 shares—and subsequently got the restaurant more business. Take a look at some of Calderbank’s messages below. 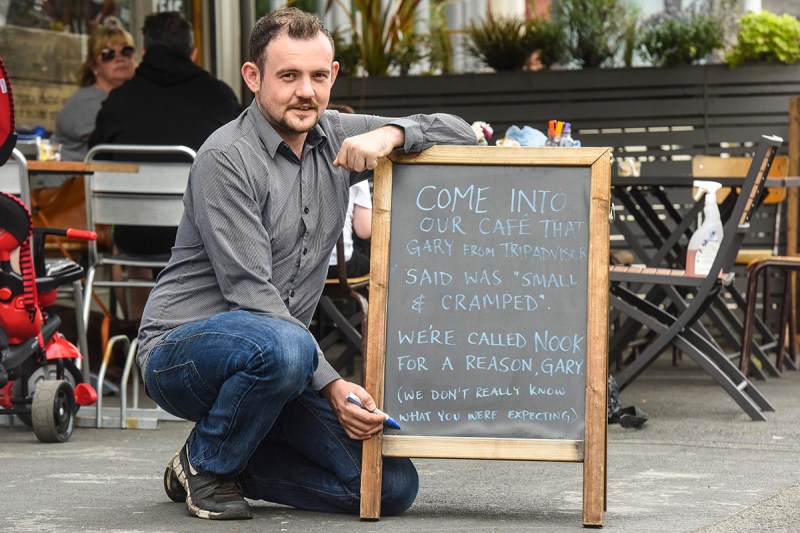 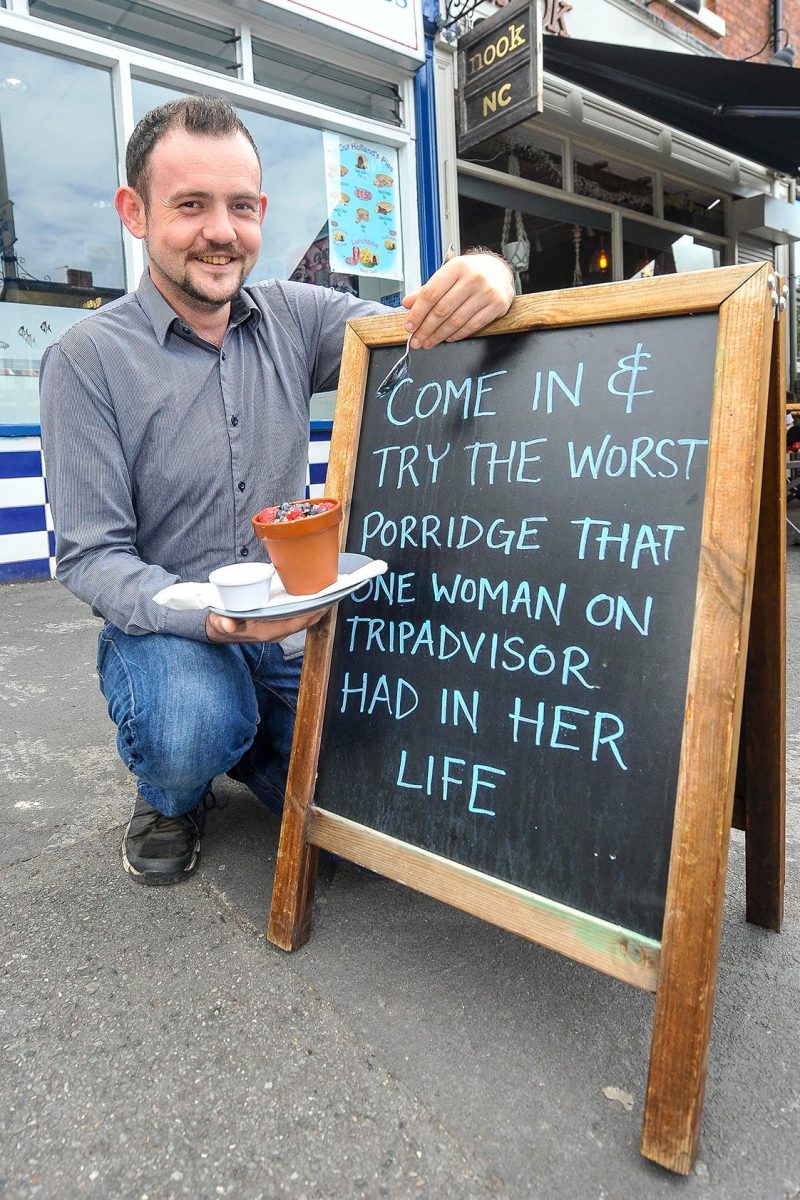