In trying to take on Amazon, eBay exposed the problem with both companies 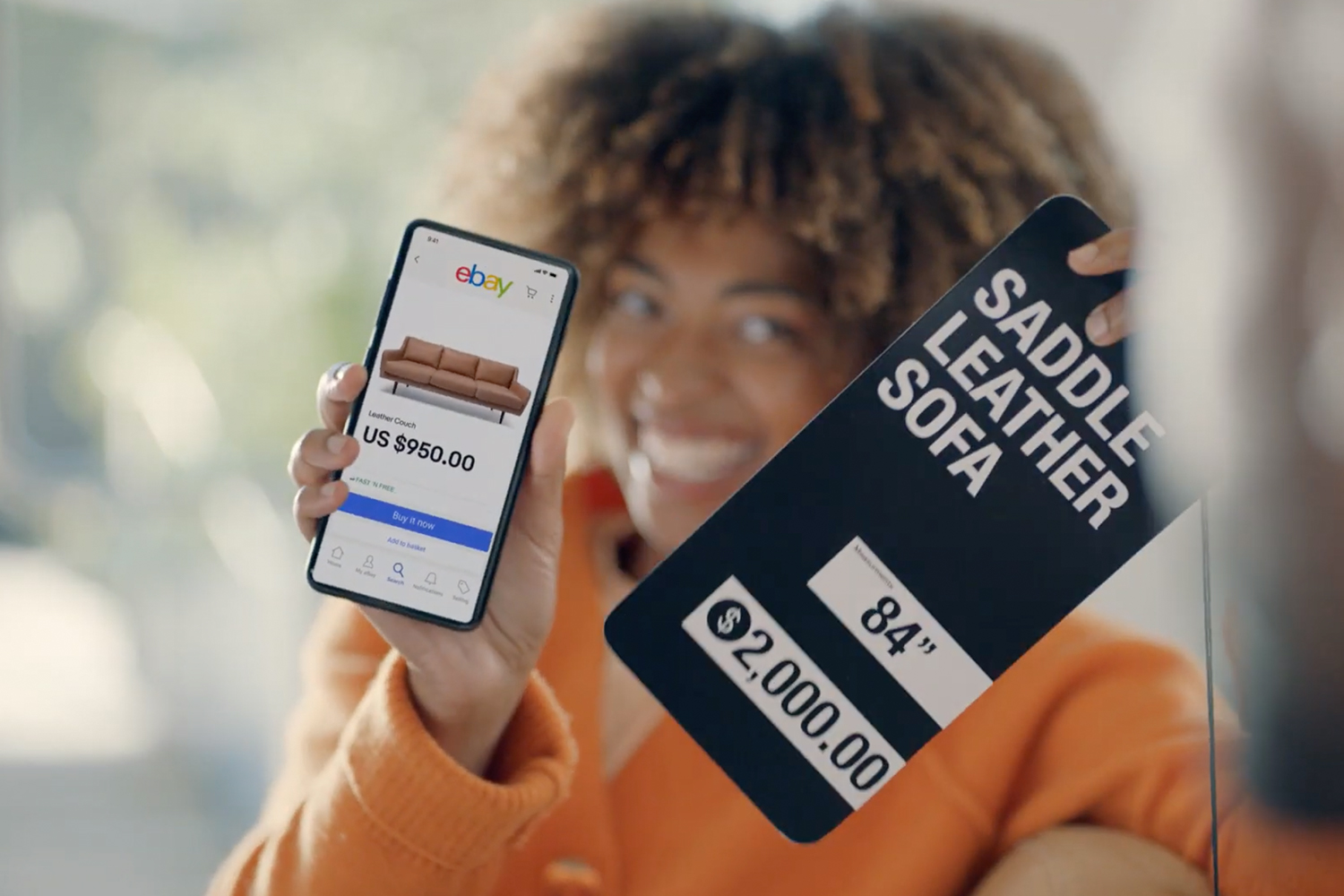 eBay's new TV commercial is called, "When You're Over Overpaying." It's not pretty.
screenshot via YouTube
By Alex Lauer / September 5, 2019 4:04 pm

Even if an ad does, somehow, find its way into my brain, it usually doesn’t have a major emotional impact on me one way or another. “Usually” is the operative word there, because this week I came across the most appalling, ignorant and, pardon the expression, effed-up advertisement I’ve seen in many a year (maybe my whole life?).

The culprit: eBay. Yes, eBay, the ‘90s auction site turned Amazon competitor. We’ll get into that later, but first, here’s the commercial in question, called, “When You’re Over Overpaying.”

In case this video gets taken down at some point (which, god willing, it will be), here’s the gist of it: Various shoppers are patronizing brick-and-mortar stores and looking at the price tags of items including dresses, guitars, sofas, dog food and bikes. Then, one by one, they look up the items on eBay on their smartphones and, realizing the prices are much lower on eBay than in the (apparently) local businesses, proceed to laugh at both the employees and people who have already shopped there.

That, again: eBay is promoting the idea of laughing, no, cackling in the face of local businesses who are just trying to survive in the internet era, pay employees a living wage and offer benefits like healthcare. The idea that you would pay more for something in order to keep businesses alive near where you live, to support those who need jobs in your own community and to have face-to-face interactions with employees — who can assist in finding the right dog food for your puppy or guitar for your child who wants to start taking lessons — is, in eBay’s perspective, absolutely absurd.

Does that sound harsh? Am I being too mean to eBay? Maybe, but only in the sense that the blame for the price wars decimating our local and small business communities does not lie on eBay’s shoulder’s alone. It lies with Amazon, and every online retailer who is trying to be like Amazon.

You see, we’re all familiar with what’s being presented in this ad. One of the biggest gripes small businesses have with the retail behemoth that is Amazon.com is people shop in their stores only to find what they need, then take a picture of it and order it from Amazon because it’s inevitably cheaper. This is happening everywhere, from your corner hardware store to that local bookstore with the comfortingly musty smell. You might not have known it was happening, but if your local outpost has closed, this epidemic was most likely a contributor.

This isn’t about what’s good for “business” in an abstract sense, this is about business as it pertains to the streets you walk, bike and drive down every day.

What’s so wrong with that, though? If Amazon or eBay is offering something for less, wouldn’t a smart consumer buy it from them? Not necessarily. A truly educated consumer weighs the benefits of a purchase by looking at more than price. But part of Amazon’s power is its ability to only show you what you want to see, and hide everything that would deter you from purchasing.

For example, this week, two bombshell investigative reports dropped, one from The New York Times in conjunction with ProPublica and one from BuzzFeed News, showing the “human cost” of Amazon’s fast and free shipping. ProPublica found “more than 60 accidents since June 2015 involving Amazon delivery contractors that resulted in serious injuries, including 10 deaths,” and, similar to its ability to pay fewer taxes, Amazon has diverted blame in every case. It took a lot of in-depth reporting to bring these details to light, just as it takes the courage of employees to break stories about how Amazon warehouse workers are tracked everywhere, even in the bathroom. And then there are stories like how Amazon screwed independent bookstores by “accidentally” shipping one of the biggest books of the year a week early, which most people will never hear about.

No, when you click “Add to Cart,” all we see is free shipping! Discounts! Prime benefits! Some people are so obsessed with those faceless, blameless, carefree Amazon packages that seem to magically appear on their doorsteps that they’ve had cakes made to look like them.

The problem here is that eBay, and other online retailers, aren’t trying to compete with Amazon by doing better. They’re trying to beat them at their own game. The folks at eBay have been at it for a while, but just last month USA Today took a look at its latest efforts and now it seems it’s trying to attack from the TV as well.

But in trying to compete with Amazon, eBay has exposed the mission of both companies as being explicitly against the local businesses in your community. This isn’t about what’s good for “business” in an abstract sense, this is about business as it pertains to the streets you walk, bike and drive down every day.

Is it worth it to pay extra to keep your local business community thriving? eBay says no. They are wrong.