Investigators don't even know where to begin with these unsettling mysteries.

There is an immutable law, a fact of life and (suspicious) deaths: We are obsessed with unsolved crimes and troubling mysteries.

The internet as a whole has done a great job of gathering those mysteries in various collections, often analyzing every clue in minute detail. The Zodiac Killer (certainly a mystery that merits scrutiny), the Black Dahlia, or the case of JonBenet Ramsey. Theories and musings abound.

Over time there have been numerous sharply rendered and well-supported arguments speculating as to what happened in various cases — see author Robert Graysmith’s targeting of Arthur Leigh Allen as the perfect Zodiac  suspect.

But the sad thing is that much of that attention, most of that theorizing, is directed at a relatively small number of unsolved crimes and conundrums. Deaths that may or may not be natural, that kind of thing. There are plenty of equally intriguing cases that seem forgotten, save by cops hovering over cold case files or hardcore true crime devotees and amateur sleuths.

Why not join their ranks and see what you can figure out?

The pair died on a summer morning by the side of the road in Sumter County, South Carolina. The only witness to their deaths reported he heard a car driving down a dirt road that ran between I-95 and a state highway. He heard doors open. He heard gunshots, and the sound of the car speeding away.

A trucker who pulled off the highway to take a breather found them: a handsome man, trim, about 6’1″, and his female companion. She was about 5’5″ with dark hair, and in reconstructions of her face bears a resemblance to actress Natalie Portman. The couple, later dubbed the Sumter County Does, had been shot multiple times and left dead by the road. They had no identification and forensic examination later found they were not wearing underwear.

No one knows who they are today. Investigators determined the man’s name might have been Jacques, hence “Jock” Doe. They also found evidence the pair had come from comfortable homes — good dental work, jewelry, nice clothes. They were sober when they died, neither ever smoked. Were they Europeans hitchhiking across America? That’s one of many theories. All anyone really knows is they were murdered and their killer never caught. And they remain nameless to this day.

An empty frame after the robbery of the Isabella Stewart Gardner Museum in Boston. (Public Domain/FBI)

If you’ve ever lived in — or are from — New England, chances are good you’ve heard of this case. On the night of March 18, 1990, museum guards allowed two men dressed as police officers to enter Boston’s Isabella Stewart Gardner Museum. They were fake cops and they immediately tied up the guards and set about stealing 13 art works worth a half-billion dollars. The FBI knows enough about the heist to know that the paintings were shipped all over New England for the next 10 years, and at one point one may have been up  for sale in Philadelphia. Suspects? Mostly New England mobsters. Top prospects are dead. One gangster suspected of involvement is still alive, but he’s not talking.

The Chilling Disappearance and Death of Dorothy Jane Scott

Screen capture of an article about Dorothy Jane Scott.

Dorothy Jane Scott was having trouble. The 32-year-old secretary was frightened. Someone had been calling her for months. A man would call her and threaten to cut her “into bits.” He stalked her closely, sometimes detailing her every move in his terrifying calls. She was so afraid she began taking self-defense courses.

Then on the night of May 28, 1980 the Anaheim resident did a good deed, taking a pair of co-workers to the hospital, one of them suffering from a spider bite. Then, in a moment, she was gone. The co-workers stepped outside to wait for Scott’s car and saw it speeding away. The following June, a man called the Orange County Register and said he’d killed Dorothy Scott — and police believed him. He kept making terrifying phone calls for four years — to Scott’s mother.

The phone calls were never traced. Scott’s remains were found in 1984, and police never conclusively determined her cause of death. Shortly after her bones were recovered, a man called her parents and said, “Is Dorothy home?” 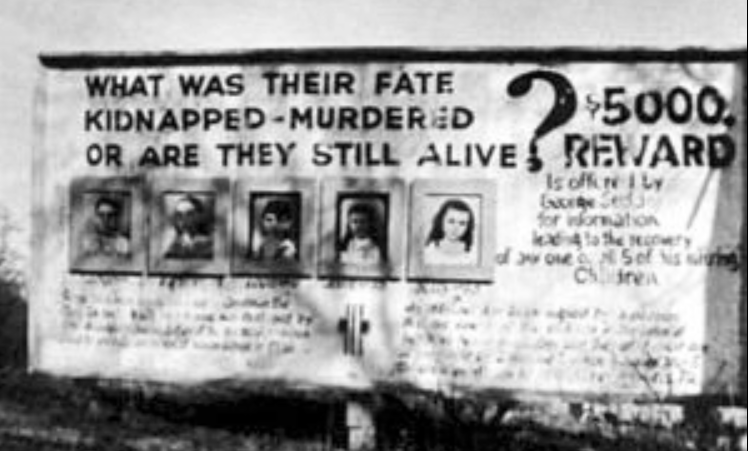 Five of the Sodder family’s children vanished in a fire on Christmas Eve, 1945, in Fayetteville, West Virginia. — Maurice, 14, Martha, 12, Louis, 9, Jennie, 8, and Betty, 5. Nine of the ten Sodder children and their parents, George and Jennie, went to bed on that fateful night, and then, just after midnight, the house caught fire.

The flames moved fast. George, Jennie, and four children managed to get out safely. George injured himself in his efforts to rescue the other five. But it may be that he didn’t need to. Because no one ever found a sign of the five left inside again. No charred bones, nothing.

The case of the missing Sodder children is little known outside West Virginia today. It is one of those mysteries that might stir pages of message board discussion, but you won’t find much more than that. The mysteries surrounding the Sodders have accumulated through the years. Theories that George’s antifascist views (he’d been born in Sardinia and loathed Italian dictator Benito Mussolini) led to a kidnapping and fire-bombing. Theories that they children were taken and sent to different homes under different names. But there was no innocent reason for that many children to vanish in the night. Something happened to them, something secret, and no one ever learned what that was. 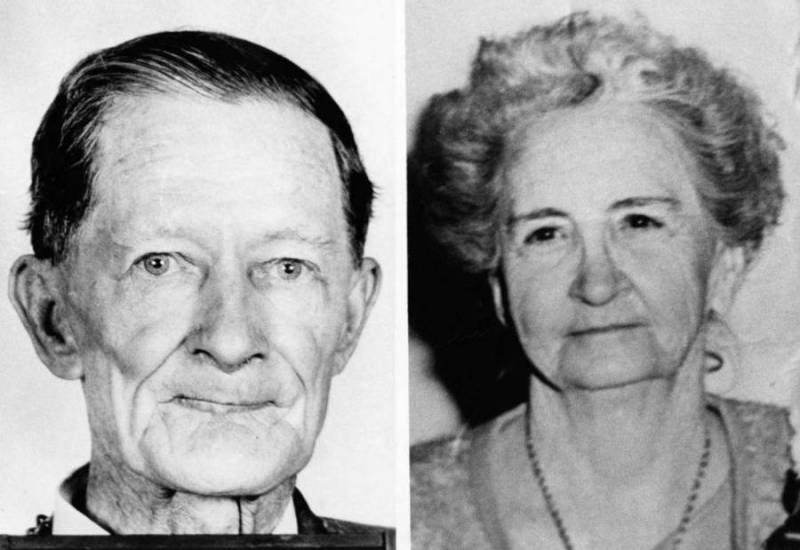 Fred Christopher Rogers and his wife Edwina Ivor Rogers lived with their adult son Charles in Houston. Well, they lived up to the moment Charles, a seismologist and pilot, allegedly killed and dismembered them, storing their body parts in the family refrigerator (or icebox). Then Charles Rogers vanished.

He’s always been the primary suspect. If Rogers did kill his parents, he did it in total rage. Comparatively speaking, he was merciful with his mother, who was beaten and then shot to death. After beating his father with a hammer, however, he gouged the man’s eyes out and cut off his genitals.

There were many claims as to Rogers’ fate. He was in the CIA and had a connection to the Kennedy assassination; he fled to Central America where he was later killed. Regardless of what really happened, he was declared legally dead in 1975.

The Missing Girls of Fort Worth

Mary Rachel Trlica, Julie Anne Moseley, and Lisa Renee Wilson headed out to the mall on the night of December 23, 1974. Mary Rachel was the oldest, at 17, Renee was 14, and Julie was 9. They were taking care of some last-minute holiday shopping, just as so many others were doing at the packed Seminary South Shopping Mall.

But they were never seen again.

A note was later mailed to Mary Rachel’s husband Tommy. It said in part, “We’re going to Houston. See you in about a week. The car is in Sears upper lot.” It’s doubtful the note was from Mary Rachel; she misspelled “Trlica.” Police, originally thinking they were dealing with a simple disappearance, didn’t dust the car for prints. They missed several other opportunities to gather evidence as well.

Mary Rachel’s husband had formerly been involved with her sister Debra. In the years since, there have been hints and murmurs about Debra’s possible involvement in the disappearance.

Police reportedly do believe one thing is true. They believe the trio left Seminary South with someone they knew. Someone they trusted. Only the people involved know what happened after that.