The technique is 2,300 years old for a reason 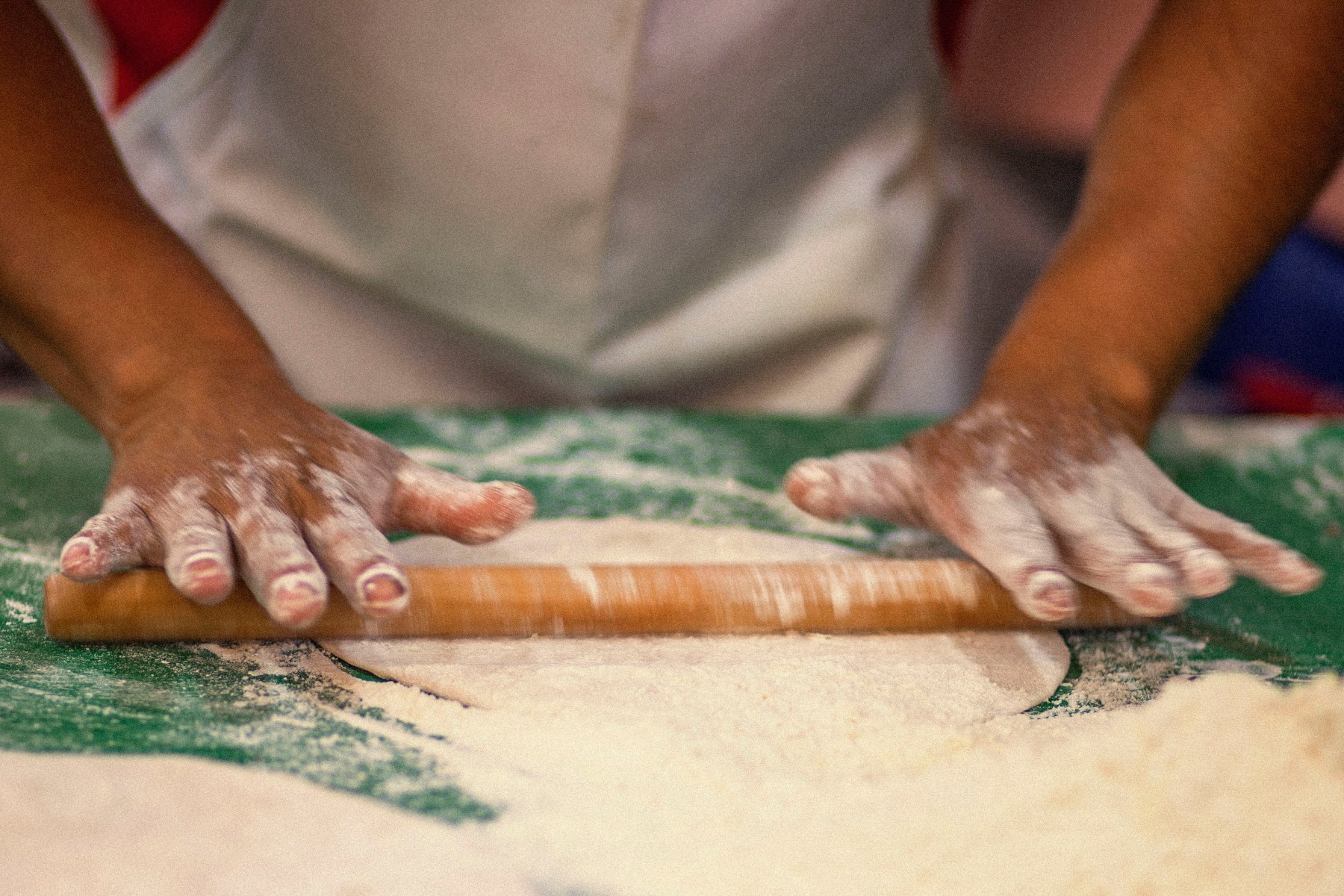 Baking sourdough bread has become the de rigueur culinary endeavor for food lovers stuck at home during the coronavirus shutdown. Perhaps you’re tempted to join in on the activity, but there are a few obstacles. The spike in demand has made flour a scarce commodity. More importantly, making sourdough looks hard.

If, like me, you’d like to take on a slightly less daunting but nonetheless immensely satisfying cooking project, I suggest switching grains from wheat to corn, and making your own tortillas.

It’s not that making tortillas is easy. Indeed, if you were to start from scratch, it would be painstakingly laborious. It’s also not that perfection comes quickly: you’ll almost certainly screw them up at first, and will likely never acquire the deft skill of someone who’s been making them for generations or pressing them out by the hundreds at a taqueria. That’s OK. It’s worth making them anyway, because what’s important is that with a little practice you can make imperfect tortillas that are still going to blow most pre-made packaged iterations out of the water.

I grew up eating the flour tortillas of Tex-Mex cuisine, which can be exceptionally good when made with care, but are more often a mere vehicle for their fillings. The typical commercial corn tortilla, too, offers little reason for excitement; if you’re lucky, it holds up to a taco without falling apart, but that’s about all you hope for it. A fresh tortilla, in contrast, pressed from masa and served hot off the comal, is a revelation. It’s a substantial, aromatic and flavorful flatbread. It’s an equal player in the taco, and might even steal the show. It’s so good you don’t even need to make a taco out of it. You can eat it straight and kick yourself for settling for inferior tortillas for so long.

To make tortillas, all you need are masa and a tortilla press. But before going into how to cook them, it’s worth appreciating how they were made historically. Maize was a staple crop of indigenous Mesoamericans. Like any other grain, they (“they” meaning women, who performed the hardest work of the process) ground the corn into flour with a heavy stone roller called a metate. This flour by itself was insufficient for tortillas, as it would fall apart in a flatbread. “Fortunately,” explains food historian Rachel Laudan in her book Cuisine and Empire, “no later than 300 B.C.E., it was discovered that cooking maize with ash or naturally occurring alkaline salts alters its properties. The tough outer skin softens and can be rubbed away.” This process, called nixtamalization, transforms the corn so that it can be ground down into a dough (masa) that’s suitable for tortillas.

Without machines, nixtamalizing corn and grinding it into masa is incredibly laborious. And while you could attempt it yourself, the good news is you don’t have to. You can buy fresh masa, and this work will have been done for you. The key is to find a local tortilleria and buy it directly from them. While industrially produced tortillas may be flavorless and packed with preservatives, odds are good that there’s a local producer near you making a quality product. In Portland, for example, the company Three Sisters sells both pre-made tortillas and bags of masa at farmers markets, making it easy to pick up with other produce. You might also be able to talk a local taqueria into selling you some of their masa if they press their own tortillas. (Another option is to make your own masa from masa harina, which is essentially a nixtamalized corn flour. It won’t be as good as fresh masa, but it is often better than packaged tortillas.)

The other item you’ll want is a tortilla press. Although it’s possible to shape tortillas by hand, a manual press is inexpensive and makes the job far easier. You want to find one that’s heavy and wide that won’t warp over time, a problem with versions made from soft woods. Most likely, you’ll find them made from cast iron or steel. The mechanics of these are straightforward: you pull down a lever, and whatever you put between the plates gets smashed down flat.

One you’ve sourced masa and a press, the process of making a tortilla entails just three steps: rolling the masa into a ball, pressing it and cooking it on a hot surface. Professional chefs are understandably obsessed with technique, and many recipes call for very specific timing, flipping or even using different temperatures for different phases of cooking. It can seem intimidating, but I’ve learned through experience that you can take a less expert approach and still get good results.

For more tips on how to make tortillas, I reached out to Nick Zukin, owner of Mi Mero Mole in Portland. Nick is the person who got me hooked on great tortillas in the first place. “Technique matters,” he says. “I don’t think people should obsess about it too much, though. [The] most important thing is to start making tortillas. Technique can come later.”

The basic process is straightforward. You take a small ball of masa, press it down slightly flat with your hands, and lay it between the plates. (Putting the masa between sheets of plastic cut from a bag will prevent it from sticking to the plates.) Then you pull down the lever to smash it flat. Cook the flattened tortilla on a hot surface, flipping a couple times, and it’s done.

Though cooking a tortilla sounds simple, Nick offers a few tips for mastering it. He cites using too dry a masa as one of the most common mistakes. “You want as wet a dough as you can get away with,” he says. “It will allow the tortilla to be thinner, and thinner is basically better.” If the edges are cracking when you press the masa, it’s too dry. Wetter dough is a little harder to work with, though, because it’s stickier, and if it gets too wet, stickiness can be a problem. Striking the right balance is something you’ll figure out over time, but I did notice immediate improvement when I worked a little more water into my masa than I was used to.

The second step is transferring the tortilla from the press to the cooking surface. This is uncomplicated but worth describing in detail: First, open the press and peel off the top layer of plastic. Then flip the tortilla over onto your palm and gently remove the other layer without tearing the tortilla. Finally, lay it down flat to cook. This could be on a specially made comal, but a hot cast-iron pan works perfectly well. The surface should be quite hot — “450 degrees or hotter if you can temp it with an infrared,” Nick advises. “At home, I put a cast-iron griddle over a medium-high gas burner and let it heat up fully before using.”

Once the tortilla hits the heat, the cooking process is rapid. You cook it just long enough on the first side to set and release, but not so long that the edges curl up and dry out. Then you’ll flip it to set the other side, and finally flip one last time. Now comes a revealing moment: If everything has come together, the tortilla will puff up like a balloon. “This inflation of the tortilla creates a layered texture in the tortilla and ensures that it’s been cooked properly,” says Nick. It’s one of the most satisfying moments in tortilla-making, second only to eating them. When the tortilla inflates evenly, you know you’ve nailed it.

From here, it’s mostly a matter of practice and repetition. As one tortilla cooks, you can start to work on shaping the next one. Soon the biggest challenge to making a stack of tortillas will be resisting the urge to eat them right off the pan. It is important to keep them warm, however: if you’re cooking them right before serving, stashing them in a clean, folded dish towel is a good option. You can also buy ceramic holders designed specifically for this purpose.

In 2003, Mexican food chronicler Diana Kennedy lamented in her book From My Mexican Kitchen that “Today, there are now more bad tortillas than good ones.” She urged readers to “celebrate the tortilla while it is alive and before it succumbs, alas necessarily, to the ‘tortilla of the new millennium.’”

While the boring commercial tortilla is still going strong, you can bring a much better version of this remarkable food into your home with completely reasonable effort. And once you do, your tacos will never be the same.