10 Ways to Improve Your Next Whisky Tasting

Simple tips from Glenfiddich to get the most from your palate 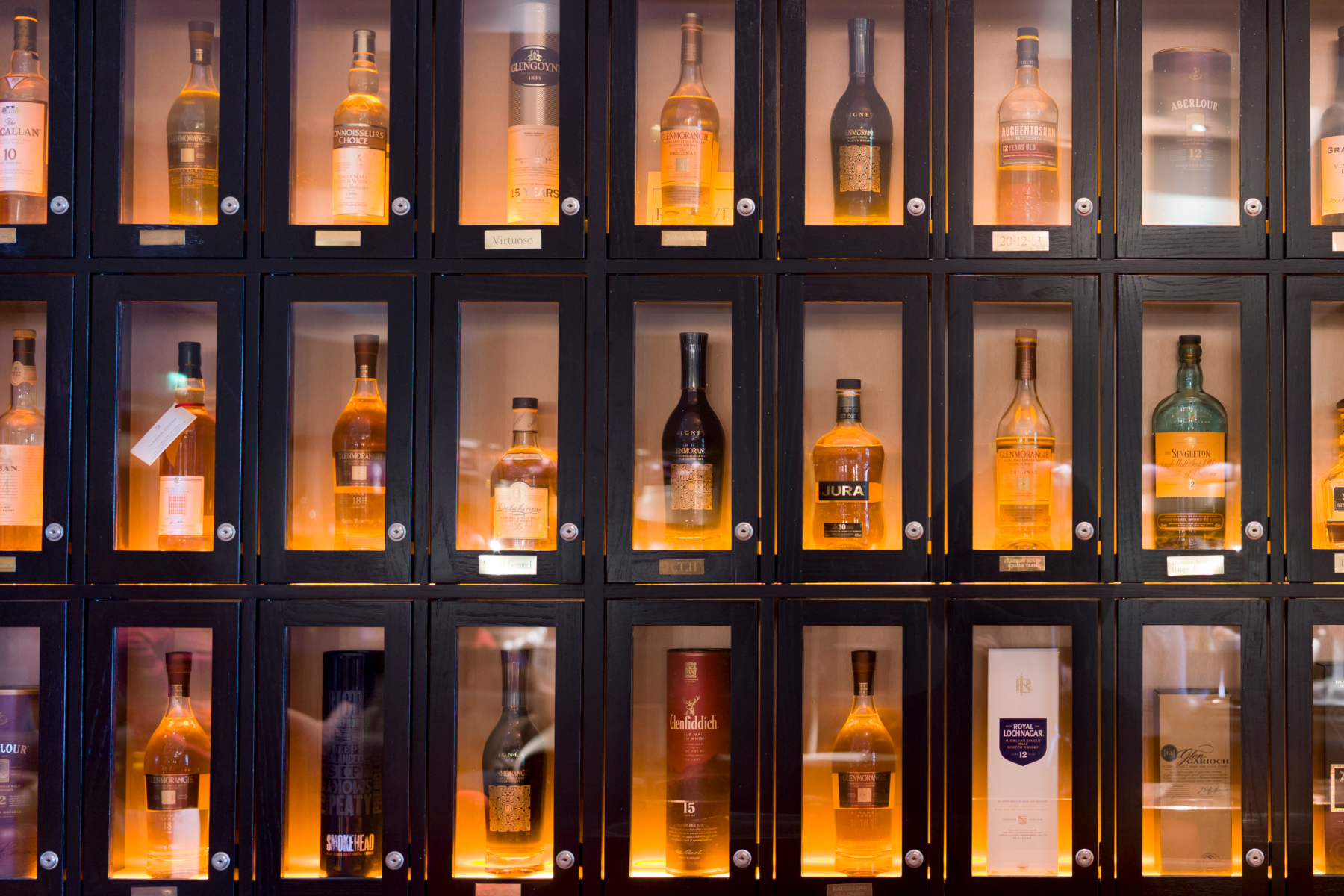 “I don’t want you to suffer for your whisky. It should always be a beautiful, wonderful, delightful thing to enjoy.”

Sage advice from Tracie Franklin, a whisky veteran and the East Coast Ambassador for Glenfiddich, a Speyside distillery that’s been around since 1887 and is still run by the same family that founded it, five generations later. (They’re also the Scotch that popularized the idea of a single malt.)

InsideHook recently teamed with Glenfiddich to host a Scotch tasting event for some of our friends and fans at The Breakers resort in Palm Beach, Florida, where we were able to sit down with Franklin to get some tips on how to best enjoy the spirit. And that’s the biggest takeaway here: a whisky tasting should be fun, not stressful. It should be about savoring your drink and finding ways to enhance the experience.

“I am very, very lucky to have the opportunity to travel from Pennsylvania to Florida, tasting whisky, teaching people about whisky, and just basically sharing my passion for this beautiful, golden spirit,” says Franklin. “What’s important to me is that I’m able to help other people learn to love it as much as I do.”

Some tips from Franklin, below.

1. Get in Proper Shape

Ideally, you’ll want to use a Glencairn whisky glass. “The point of this glass is to funnel all of those volatile aromas right to the center of your glass,” says Franklin. “As you tip it, you’re gonna have really beautiful scents that are gonna come right up at the top.

Don’t have the right glass? Opt for anything that’s a tulip shape, such as a white wine glass. A rocks glass lets the aromas escape too quickly — but if that’s your only option, “really dig in deep when you go to nose your whisky … and make sure to keep your mouth open.”

With the whisky in your Glencairn, either tip it to the side or hold it against a white piece of paper. “You’re gonna also see some legs along the rim of your glass,” says Franklin. “Those legs can give you a little bit of insight into the possible sweetness or thickness of your whisky.” If it’s a blind tasting, the color of the spirit should also be a giveaway on whether it has a sherry finish or if it’s been aged in European oak (look for a red tint) or used Port barrels (“it’ll have a really beautiful plum sort of coloring”).

3. No Joke: Eat a Jellybean

Before you begin tasting, “plug your nose and take and chew on a jellybean,” says Franklin. “What you’ll taste is the sweet, possibly a little bit of the bitter or sour, but you won’t be able to tell what that jellybean is until you open your nose. Those aromas are what actually help you define and detect what is in your whisky. That’s where you’re gonna find that pear, that apple, that vanilla. Versus just sweetness or salt or sour.”

4. Get Your Nose in There

Slowly lift the glass to your nose until you start to smell the spirit. Wave the glass back left and right, which will bring different smells. If you feel comfortable (and the proof isn’t too high), go ahead and put it to your nose, but keep your mouth open and inhale through your mouth. “You’re gonna be pulling the oxygen in here. But you’ll also pull in the scent from the whisky, and it all is gonna blend together and really give you a deep dive into those flavors.”

Nosing is very important to pick up all the flavors of the whisky. “Your palate is actually only gonna taste the sweet, sour, salty, bitter, umami, those flavors,” says Franklin. “You’re not gonna get the apple, the pear, the vanilla, the caramels, until you get that aroma on your nose as well.”

Take a small first sip. Let it sit on the top of your palate and roll across your tongue. As it rolls across your palate, the spirit will lighten up. Some of the more volatile alcohols will evaporate in your mouth and it’ll settle on your palate. “It’s gonna start to tingle as you hold it there,” says Franklin. As that tingle begins, you’ll also start to salivate a little bit. Once that happens, go ahead and swallow. “That means your palate is primed and ready to go. It’ll also wipe clean whatever you had on your palate previously, and you’ll be ready for next sip.”

If the first sip was “excruciating,” add a drop or two of water to lower the proof … but stay away from ice. “You’re not going to get that rich, deep, depth of flavor that you would’ve gotten had it been without your ice,” she says. “But water breaks apart the surface area and some of those oils and chemical compounds, so it’ll give you access to new flavors. Now that change is permanent, so do be cautious when you’re adding water.” If you overdo the water, simply add more whisky.

On your second sip, you should be able to find more flavor than your first. So go ahead and “chew” it. “What that’s doing is just allowing that whisky to really hit all of the different places in your mouth,” says Franklin. “Remember in science class when we were kids, they showed you the tongue and showed you the different places where your tongue tastes sour, sweet, etc.? That’s actually not true. You will taste flavors, all different flavors, all over your tongue. So rolling it around your tongue and mouth, you’re actually gonna be able to really get into all of those different flavors. And you might detect them a little bit differently on different parts of your mouth.”

8. Wipe the Palate Clean (With Your Arm)

When you’re tasting more than one whisky, you can use water and plain saltines (no salt) to wipe out the old flavors. Or, use your arm. “The inside of your arm is going to be a neutral scent,” says Franklin. “Going in and smelling that will actually reset your palate.” If you’re drinking multiple whiskies (and want to stay sober), feel free to use a spit bucket.

9. Put Your Scotch in Cocktails

“Scotch cocktails are delicious,” says Franklin. “And they provide an entry point for a lot of people who don’t necessarily drink Scotch neat yet but want to learn.” A Scotch (of the fruitier end) and soda in a highball glass with a touch of lemon is bright and refreshing. With blends or peated whisky, vermouth and other fortified wines can really enhance the Scotch’s flavors; a Rob Roy (basically a Scotch Manhattan) is a good bet here.

“Whisky is meant to be consumed with friends and family,” says Franklin. “Take it off that shelf, sit down, pour it out for everyone and enjoy. Don’t feel like you have to get too deep into it if you don’t want to. Just enjoy. It’s just whisky. If we were in Scotland, we would toast with ‘slàinte mhath,’ which is to your health.”