Lessons learned from whiskey sipping do not apply here

(Update 10/21/21: Happy National Mezcal Day! For this Oct. 21 celebration, we’re highlighting both how to drink these agave spirits and eight new bottles to try.)

“I like to drink these neat agave spirits in a very specific way.”

Lou Bank is the founder of SACRED, a not-for-profit that helps improve quality of life in the rural Mexican communities where heritage agave spirits are made. He’s also the co-host of Agave Road Trip, a podcast that helps bartenders better understand agave, agave spirits and rural Mexico. He tells us he’s traveled to that agave homeland more than 50 times to seek out knowledge on his spirit of choice, and he’s developed a unique and nuanced way of drinking it that will help newcomers fully appreciate what they’re imbibing.

Which is not “smoky tequila.” Mezcal is its own creature.

“It’s like tequila in that it’s distilled from fermented agave and is from Mexico, but is largely made in pre-industrial ways so there’s a broader variation in flavors than you’ll find in tequila,” Bank explains. “Because it’s often made by hand, where it’s made and the decisions of the men and women making it have a great impact on the flavor.”

Below, Bank outlines a proper mezcal tasting in the same manner that one would sip a fine Scotch — though the methods are very different.

These are wide, bowl-like vessels for your mezcal. “The copitas are shaped that way for a reason,” says Bank. “For whiskey, you’ll drink out of a glass with a thinner mouth. But once any alcohol goes into a vessel, it starts to evaporate. That evaporation comes up with all these aromas, but the alcohol starts to bunch up in the fat part in the vessel, and then they’ll travel faster as the mouth gets more narrow, so they’ll literally blast into your face when you smell it.”

Which is fine for spirits aged in wood, because you’ll have elements to round out the profile. For a neat, unaged spirit? Watch out. You’ll want something wide so the aromas can work around you, not at you.

You can buy copitas from Bank’s nonprofit here.

2. Get your nose and fingers wet

As Bank instructs us, put your nose in the copita and smell it. Then set it down and pop your finger into the liquid. “Put some in your palm and then do that thing they told you not to do during the coronavirus epidemic: put your hands to your face, and smell it,” he says. “Now it’s different. The alcohol’s evaporated and you’re left with the sugars from the roasted agave.”

First, basically just pop your tongue into the mezcal and get a tiny amount on the roof of your mouth and behind your teeth. You’re basically clearing your palette.

Then, take “the smallest sip” you’ve ever taken, Bank says. Leave it on your tongue for the count of five. This is because you’re now priming your palate for something far more complex than a grape- or grain-based spirit; mezcals are taken from agave plants that have been matured for up to 15 years.

Too much work? While Bank says he pretty much only drinks mezcal in these half sips, he’ll occasionally enjoy it in a paloma. And while he doesn’t practice the following, many mezcal sippers will drink their tipple along with slices of orange or pineapple (with those often dipped in spices like Tajin), or with grasshoppers or worm salt. “That also helps open up the palette,” Bank says, noting it’s really up to you to enjoy the drink how you want.

And if you’re going to enjoy mezcal, here are eight ones we’ve tried over the last year or two that we’ve liked …

This high-end brand allocates as much as 20% of each bottle’s net sale to the development of internal initiatives promoting social and environmental responsibility … and part of that is rescuing and protecting wild agave species. These limited-edition releases — of officially artisanal and ancestral nature only — highlight some of the more rare agaves used in mezcal. The highlight is Amarás Logia Sierra Negra, which features pleasurable and elegant notes of tangerine, cinnamon and roasted corn (and it’s no smoke bomb). Expect to pay a three- (or low-four) figures for these bottles.

An ensamble of espadín and tobala agaves between 7-15 years mature, this new Oaxaca brand earned a Gold at the 2021 San Francisco World Spirits Competition even before its official launch. A nice balance of smoke and citrus here.

The winner of the 2020 New York International Spirit Competition for best mezcal. This is a blend of a rare, 14-year-old Tobala maguey with an eight-year-old Espadín and brought through three distillations. While tequila and mezcal are not necessarily interchangeable in cocktails, the fruit notes here lend nicely to a paloma.

A new female-owned brand with a female mezcalera and an all-female production team, the smokiness is front and center on both the Espadín and Tobalá expressions, the latter of which may very well appeal to whiskey drinkers — there are notes of vanilla, cocoa and toasted oak here.

There are actually three varieties of this mezcal: the Esencial features briny, citrus and even green bell pepper notes (you don’t want to start your mezcal journey here, but it’s a fun place to end up), while the Madrecuishe and Coyote variations are your sippers. Drink all three and take in the differences each type of wild agave can bring to your drink (the cooking, fermentation and distilling techniques behind each release are the same).

From the team behind Ancho Reyes, Montelobos and Abasolo (a Mexican corn whisky we love), the “Eye of the Tiger” is actually light on the nose and palate — a bit floral with some white pepper notes, ideal for newcomers and excellent for cocktails where you don’t want to be overwhelmed.

Recuerdo comes to our country in part via UFC “BMF” titleholder, the Miami-born Jorge Masvidal, a partner in the brand. There are two varietals here: El Recuerdo de Oaxaca Joven is not so much “smoky” as white peppery and a pleasantly smooth mezcal with hints of caramel and vanilla, while El Recuerdo de Oaxaca con Gusano features an actual agave worm and is a bit “silkier.” Check out more on the brand here.

Recently launched by four enterprising young chaps from Los Angeles who fell in love with the spirit while on a sojourn to Oaxaca, Rosaluna is crafted in the small village of Santiago Matalán (known as “The World Capital of Mezcal“) by a brother-sister duo whose family has been in the mezcal business for six generations and whose operation is entirely vertically integrated — they grow, farm, ferment and distill their product soup-to-nuts. The result is a smooth, approachable mezcal that doesn’t punch you in the face with smoke — perfect for those looking to ease into the category, but flavor-rich enough for aficionados like our own creative director, who declared “the danger with this stuff is that it’s almost too easy to drink.” 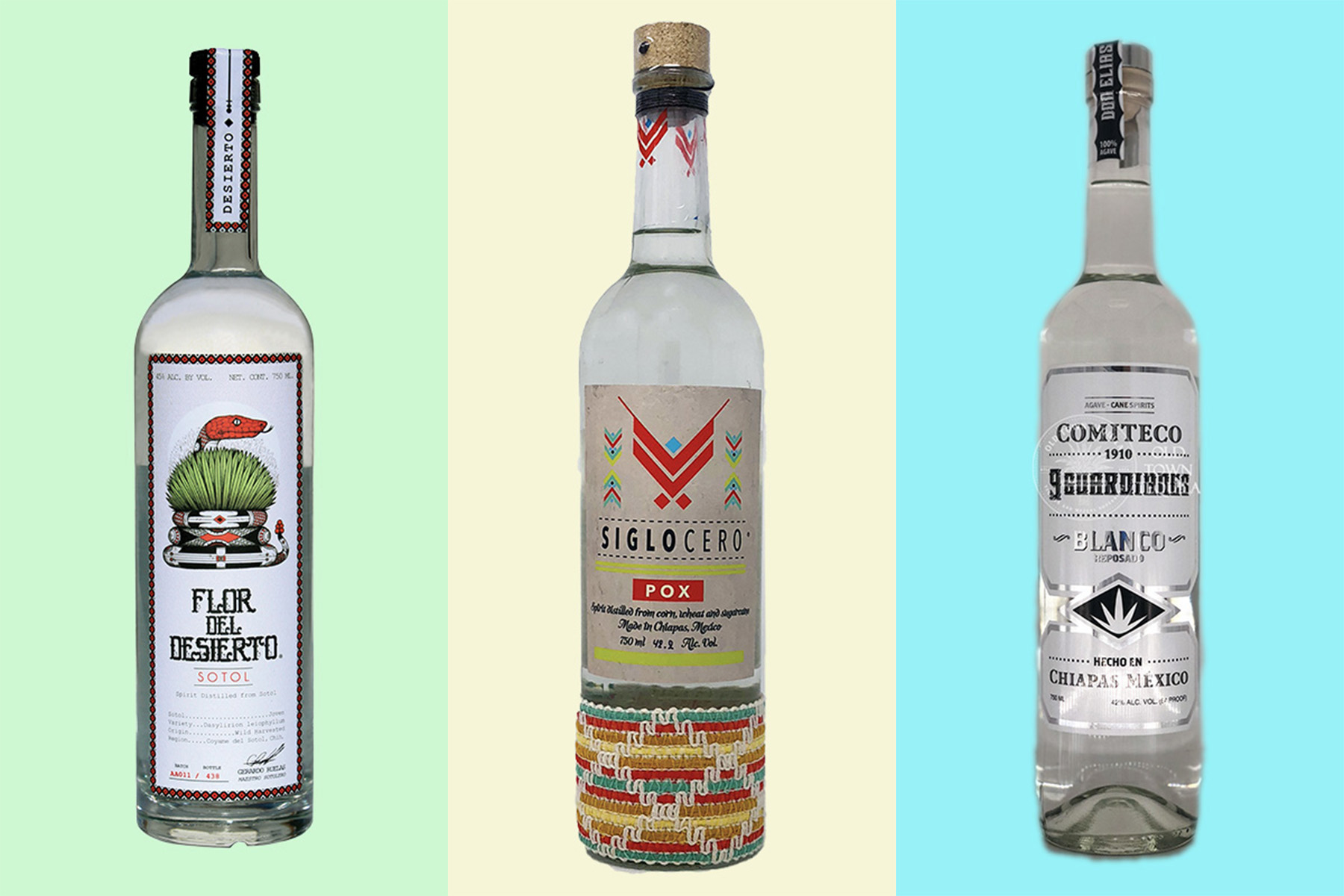 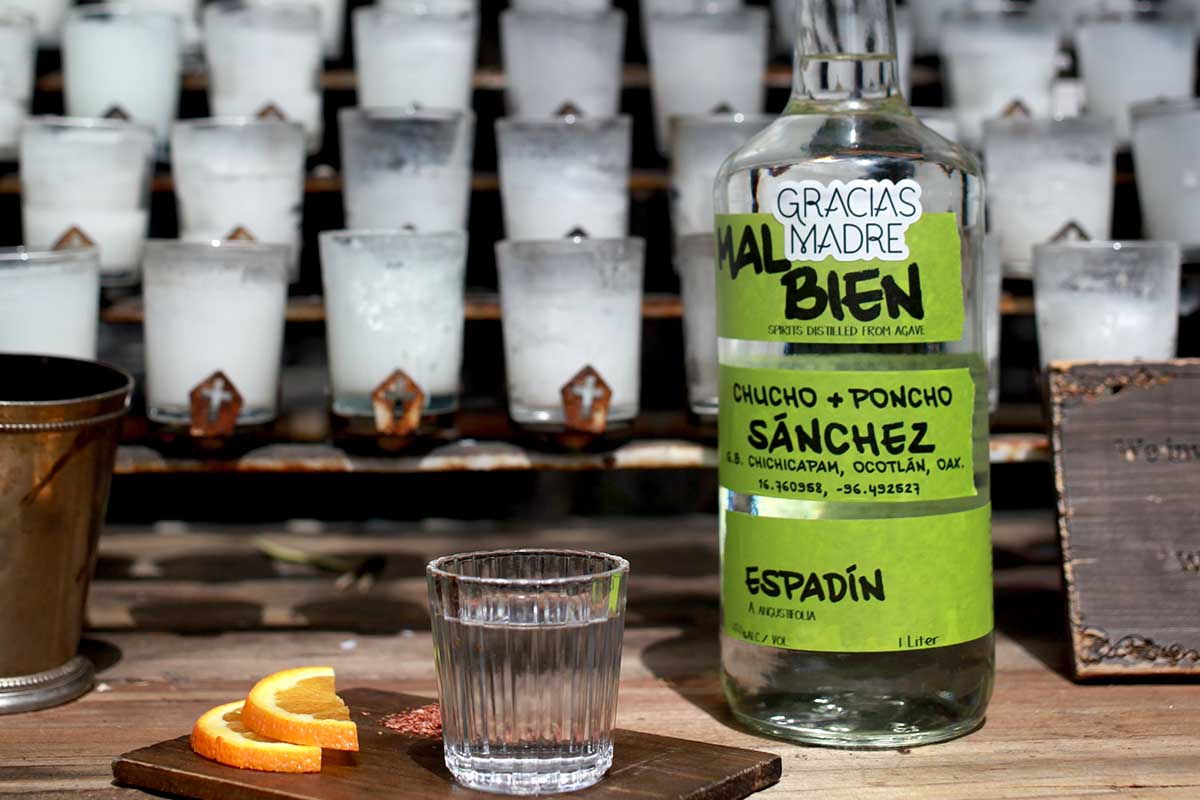 A Brief Guide to the Semi-Underground World of Uncertified Mezcal 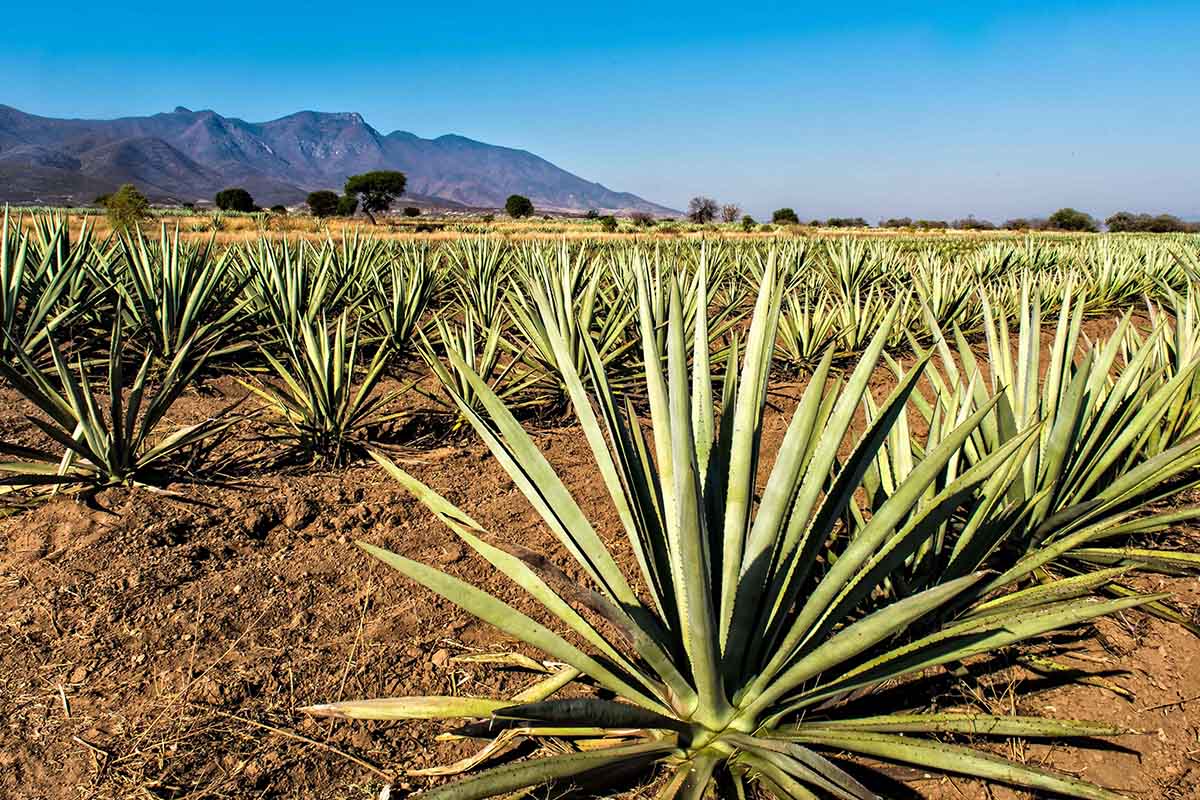