Highballs Are the Only Great Summer Whisky Cocktails

Apologies to the Old-Fashioned and Manhattan, which belong to the colder months

I did a thing on a recent trip to Japan that I’m quite proud of. While I ate well and spent way too much on stuff I can only get after flying 13 hours into a time zone that puts me a day ahead, I made sure to drink a whisky highball everywhere I went. From yakitori stalls tucked away down alleys to the Eagle Suntory Lounge in Shinjuku City, I started every night off during an especially hot and muggy trip with the refreshing, effervescent drink.

It was in Japan while sweating through my shirt that I realized something I never really thought of before: the highball is the only truly appropriate whisky cocktail to drink during the summer. Manhattans and Old-Fashioneds are good and all, but those are for windy autumn nights. Mint Juleps? What am I, a colonel? Am I friends with Mark Twain and do I bet on horses every single day like it’s the damn Kentucky Derby? No. That’s a special occasion cocktail in my humble opinion. And how many times do you go to a bar and think, “I really want a Julep right about now,” anyway?

It seems I’m not the only one who thinks that. While we spend a lot of time talking about red and pink and orange cocktails as the drinks we want in our glass when the sun is beating down on us, the whisky highball, made correctly, is one of the most delicate and refreshing drinks I can think of — and more bartenders are trying to put their own spin on it, probably for good reason.

The batch cocktail is, if you haven’t noticed, a thing these days. The bars you maybe went to two years ago that charged 14 bucks for some elevated take on a Martini or something made in a glass washed in lard might now be charging the same amount for similar drinks, except the bartenders simply pull out a bottle and pour the Martini or Manhattan into a chilled glass and that’s it. It makes sense from a business perspective, and the cocktails, more often than not, are still fine. The pre-batched drinks at Existing Conditions in Manhattan, for example, are better than most cocktails, well, anywhere. But people willing to fork over big bucks for a drink might want the whole show. They want to see the bartender make the expensive Sidecar, not pour one out. But making those Sidecars takes time, and time is money, etc.

So out go the the tougher-to-make cocktails, in come the ones that are two or three ingredients, a couple of strong shakes or stirs. That’s why cocktails like the French 75 and the Negroni are having a moment. They’re hard to screw up, even though you have to put in some work to make something so basic truly exceptional.

That’s the entire deal behind the whisky highball. You could do a common whisky (or whiskey) and soda, not caring much about the measurements or how much pop the soda water has; or you can do it right, the way they would in Japan, where, as one Bon Appetit article recently pointed out, “the proper execution of the highball amounts to a religion.”

While some places depend on a Toki Highball Machine to take all the work out of things (like a number of bars in Chicago have discovered recently), there is a very subtle art to making the drink that starts with the ingredients. A few of the bartenders I talked to all mentioned various Japanese whisky brands they like to use, but I also heard more than a couple mention blended whisky (or whiskey, however you want to spell it in this case) tends to work best, that the hint of smokiness really adds another level of complexity. Shawn Chen at RedFarm in NYC uses BenRiach Curiositas. Some swear by Johnnie Walker Black. Others tend to look to America for the spirit, like David Mor of Cindy’s Rooftop in Chicago. He uses Wild Turkey Bourbon 101 for his FT101 variation. And while a typical highball might take a spritz of lemon, Mor adds in Lustau Amontillado Sherry and wild osmanthus petal syrup, and uses Fever-Tree Spiced Orange Ginger Ale. It isn’t your typical highball cocktail, but it is highball-influenced and refreshing as hell.

The soda water is also crucial. No flattened out Pellegrino that’s been sitting out or squirts of soda from the gun; pour two ounces of whisky into a chilled glass, put a few ice cubes in there, stir it around, then slowly pour your cold seltzer into the glass. Give it one good stir, add your lemon wedge and you’re good.

Ultimately, refreshment is the name of the game, the reason why the highball is “the trendy drink for 2020” according to some websites. It’s not fussy, and that’s something drinkers are looking for. Even the common glassware, the mugs the drink is often served in when you visit Japan, are inviting. They say, “This is the kind of thing you want to drink on a hot evening, and then maybe have another one because it isn’t loaded down with booze.” It’s the perfect drink to start things off with, or for winding the night down. It isn’t too heavy, and, maybe most importantly of all, the whisky highball, when done correctly, is delicious. It is the whisky cocktail of the summer for 2019, and should be for every hot season henceforth. 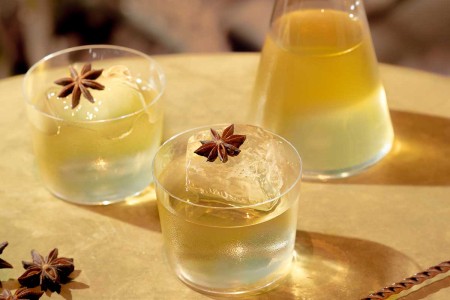