Black Jockeys Used to Dominate the Kentucky Derby. Then They Were Forgotten.

How Woodford Reserve and horse race historians are honoring these riders

In 2021 Woodford Reserve highlighted the contributions of Black jockeys in the history of the Kentucky Derby. We feel like it’s worth highlighting again before this year’s race.

The person who won the first Kentucky Derby in 1875 was Oliver Lewis. Go back to the 19th and very early 20th century, and you’ll also find a few jockeys who won multiple Derby races, including Willie Simms, Isaac “Burns” Murphy and James Winkfield.

In addition to being champions of the most prestigious event in horse racing, these riders shared something else in common: they were Black. It’s a legacy that is too often relegated to footnote status in the history of the Derby; last year, sponsor Woodford Reserve highlighted the contributions of those riders.

In their promotional material, the bourbon brand noted, “Black jockeys played a significant role in horse racing that many people know little about, due to the erasure of their participation through racism and segregation at the track and throughout the industry.” Fifteen of those early Derby races were won by Black jockeys.

Former Kentucky resident Rob Owens is the founder of Harlem Derby — a music, food and cultural festival that celebrates the Derby and also sells some amazing hats inspired by Black jockeys. He’s also impeccably dressed, and you should utilize his shop for your Derby wares if you have time. At a small Woodford Reserve event in April, he shed some more light on the history and tribulations of these pioneering sports figures.

“Take Isaac ‘Burns’ Murphy — one of the greatest jockeys of all time,” explains Owens. “He started at the age of 17 and had an extended career. He was the first one to win three Derbys. He was a millionaire and really the LeBron James of his time, when it comes to skill and earnings.”

But the success of Black riders was short-lived and fraught with racism, which eventually pushed many out of the States — James Winkfield, the last African American to win the Derby, won the race twice in a row in the early 1900s but was forced to finish his career in Europe.

And how these Black jockeys got their start is a rather harrowing reminder of our country’s complicated history. “A number of these early jockeys were born into slavery,” explains Owens. “They were able to buy their freedom before the Emancipation. But when enslaved Africans were originally brought here, the plantation owners were racing horses recreationally. That evolved to be all about money and bets. So the plantation owners would look for these smaller men and boys to be jockeys.”

A toast, then, to these under-appreciated sports legends — and to learning and understanding their legacy, through both their accomplishments and the tremendous obstacles they overcame.

To help honor these 19th-century athletes, Woodford Reserve’s official Derby recipe in 2021 was a little different. Their Cherries & Cream Julep was inspired by the Derby Day menus of the late 1800s and early 1900s, when Black jockeys were frequently winning the races.

“The Cherries & Cream Julep not only draws inspiration from a traditional mint julep but also brings back the flavors of old fashioned sodas from that era,” explains Elizabeth McCall, Woodford Reserve’s Assistant Master Distiller. “During this time, cherries and cream sodas were served at soda foundations offering the perfect balance between the taste of tart red cherries and luscious, fresh cream. In the Julep, this enhances the sweet aromatics found in the Woodford Reserve Kentucky Straight bourbon. The mint sprigs, which are rubbed on the inside of each Derby cup to extract their oils, bring an herbal freshness to drink.”

For anyone who associates juleps purely with the traditional whiskey-based mint julep, McCall provides a cocktail lesson. “Juleps are basically any tall drink poured over crushed ice and based on a spirit, liqueur, wine or fortified wine,” she says. “Most often, they are served with mint in the julep cup itself, or a Collins glass if those aren’t available. The variations of juleps differ, but over my years in the industry, I’ve seen everything from cognac juleps to grapefruit juleps to even Champagne juleps.”

If you’re looking to mix it up this weekend, the recipe for Woodford’s Cherries & Cream Julep can be found below.

In the julep cup, add cherry juice. Add half a vanilla bean pod cut into small segments. Add powdered sugar. Muddle or mix together. Add crushed ice to 2/3 of the cup. Add Woodford Reserve. Top off the cup with crushed ice. Garnish with a mint sprig, a real cherry and vanilla bean pod. 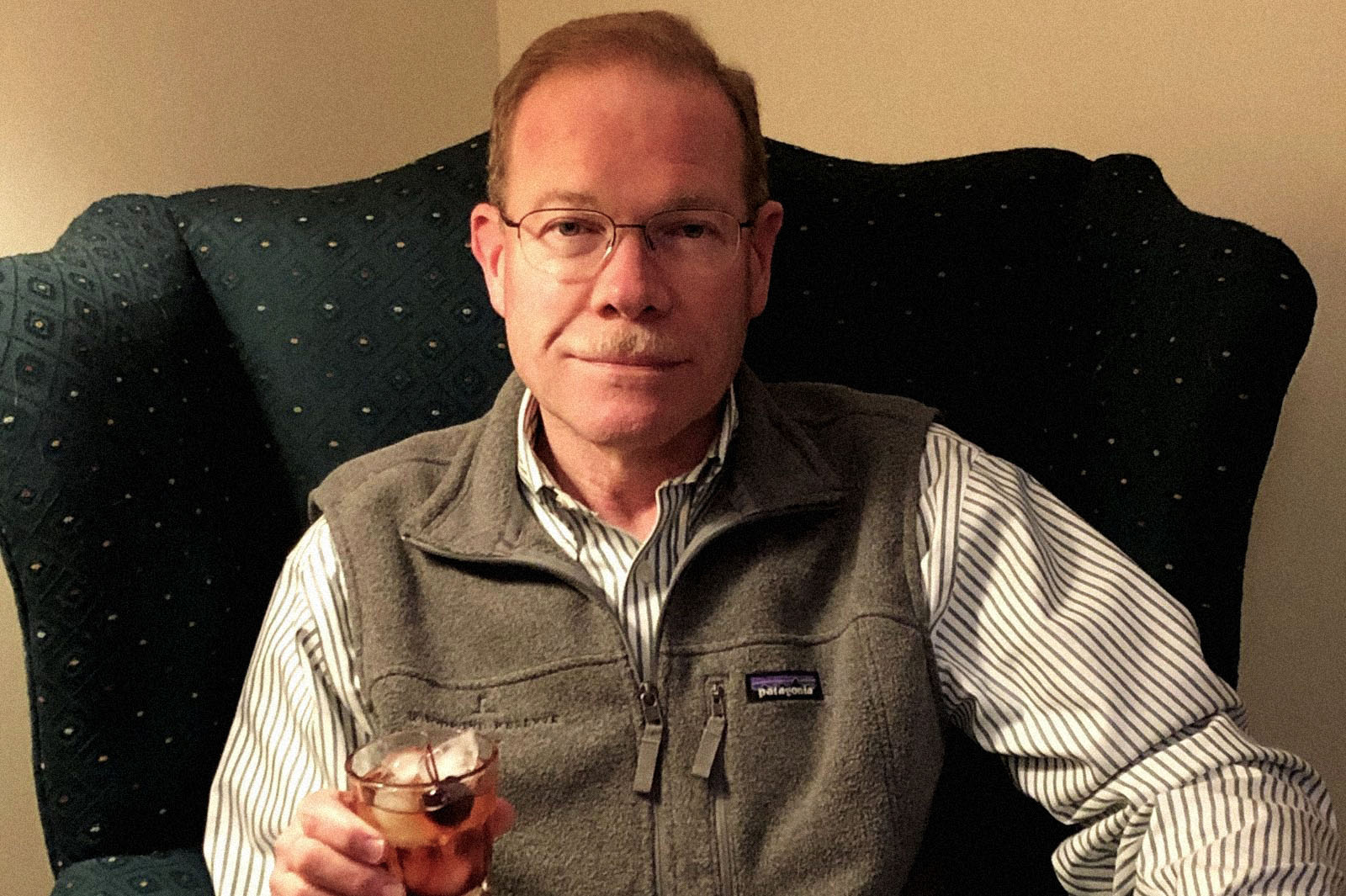 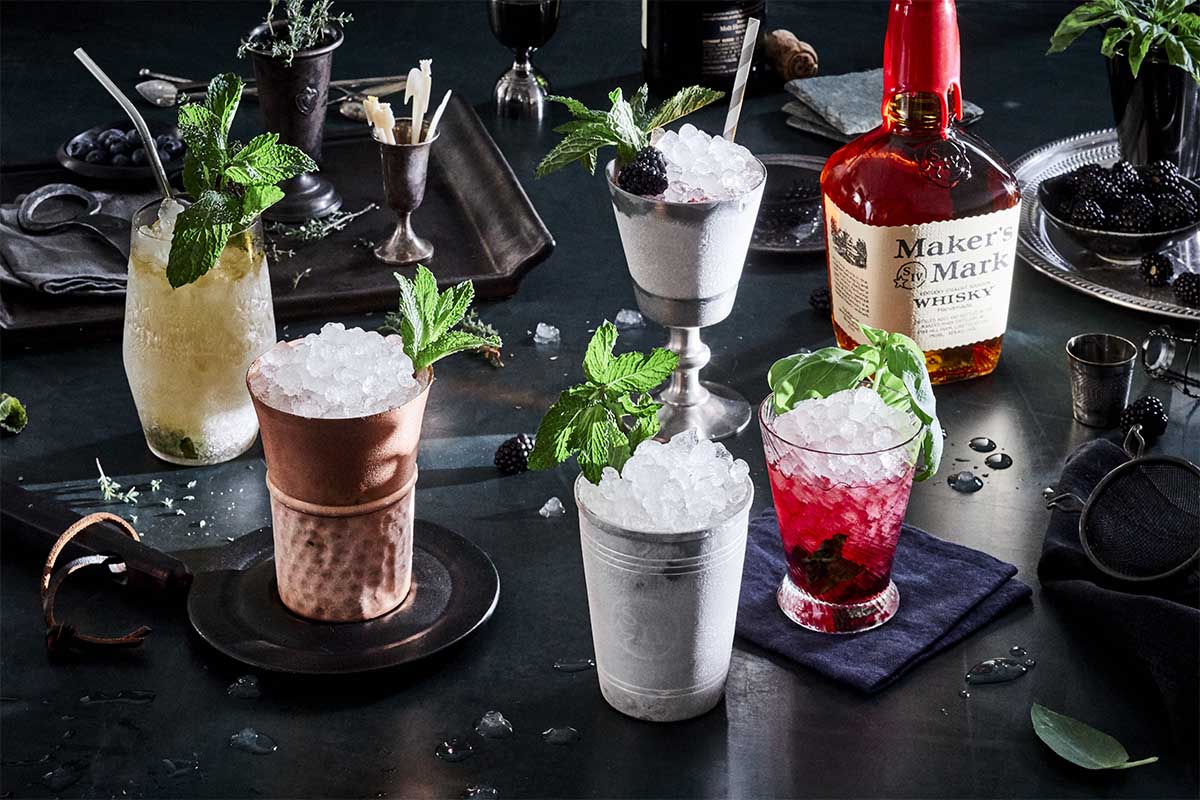 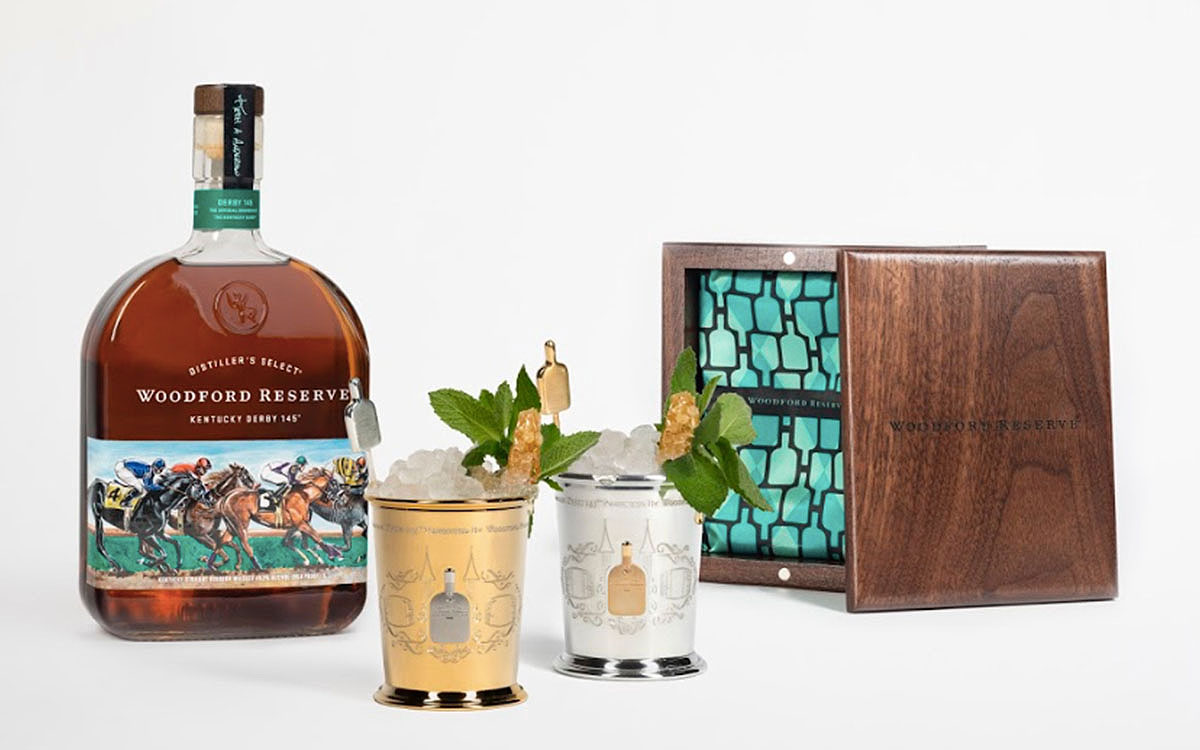