What Happens When Living in Isolation Goes Wrong? 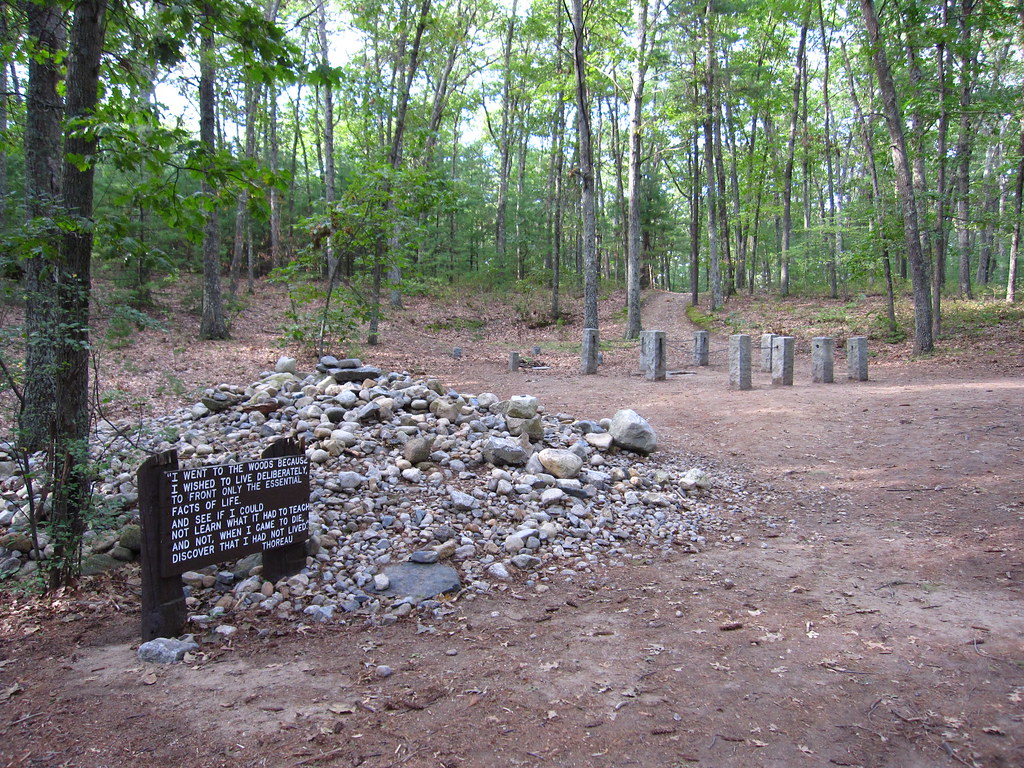 Henry David Thoreau's "Walden" was one of the first chronicles of an isolated life in the wilderness, but it was far from the last.
Chris M Morris/Creative Commons
By Tobias Carroll / September 7, 2019 9:37 am

Living alone in nature, either by yourself or with your loved ones, is the kind of decision that looks great on paper. You could move away from the frustrations of city life (or the suburbs), to somewhere with a lower cost of living and more privacy. You could enjoy scenic views all year round, and embrace a simpler way of life. You could focus more on the things that mean the most to you, whether that’s family or art or both. It’s not hard to see the appeal of this at all. But what happens when that all goes wrong?

Paul Kingsnorth is an acclaimed writer — his 2014 novel The Wake was longlisted for the Booker Prize and won the Gordon Burn Prize. His books bristle with an awareness of place and history, and so it’s not hugely surprising that his latest book, Savage Gods, is about his own embrace of a more rural existence. Savage Gods is in part about Kingsnorth, his wife Jyoti, and their children moving to western Ireland. He writes, “in my own country a small house and a field is beyond the means of anyone who does not earn a lot of money or who refuses to get into debt to chase a dream.” It’s a sentiment that anyone who’s looked longingly at rural tiny houses or cabins miles from anyone else can relate to.

But Kingsnorth is aware that this is only part of the story. “Because I am not a real farmer I have to make my money in other places,” he writes. “I need the Internet or the Dublin-to-Holyhead ferry and sometimes both to put food on my family’s table.” To make matters worse, Kingsnorth’s isolation prompts a crisis of confidence in his own abilities as a writer — which becomes one of the central themes of Savage Gods.

The idea of the solitary figure embracing a life in nature is nothing new: in 2017, a host of articles and essays revisited Henry David Thoreau’s classic book Walden, which is a kind of literary ancestor to many of the “writers alone in nature” books that followed. Though, as subsequent research has shown, Thoreau was not exactly living in complete isolation: his mother did his laundry for him, and he performed random work for residents of Concord. Walden was first published in 1854; did this heavily-mythologized book give a host of would-be hermits the wrong idea?

Kingsnorth isn’t the only writer to make time spent in a vivid pastoral landscape sound less enjoyable than one might expect. The French writer Sylvain Tesson takes this to what may be its most extreme point in his memoir Consolations of the Forest: Alone in a Cabin in the Middle Taiga. That’s “Middle Taiga” as in Siberia, by the way. Tesson lived there alone for six months. His book abounds with gorgeous descriptions of the landscape and a deeply frank portrayal of what it’s like to experience crushing depression in the midst of such a landscape.

That landscape poses some practical logistical difficulties over and above Tesson’s isolation. “En route, two hours north of my cape, I leave my sledge at the mouth of a frozen river that slices through the forest with its icy blade,” he writes at one point. “The crampons are gripping well and I climb up from 2,600 feet through walls of schist bristling with denuded fir trees.” Sometimes, by comparison, a life with abundant cars or public transportation nearby don’t sound so bad.

A handful of other books published in the last few years have sought to find a balance between the amenities of contemporary life and the appeal of a more naturalistic existence. Sarah Moss’s Names for the Sea: Strangers in Iceland largely chronicles her time teaching in Iceland with her family, but contrasts this with rougher trips she’d made to Iceland and the Orkney Islands earlier in her life. Kathleen Jamie’s award-winning essay collection Sightlines documents the push and pull that exists between wilder places and their more populous counterparts. And Adrienne Ross Scanlan’s Turning Homeward: Restoring Hope and Nature in the Urban Wild endeavors to find a difficult balance between cities and wilderness.

Some chronicles of living in isolation neatly summon up the appeal of such an existence, while others make the drawbacks central to their narratives. In Names for the Sea, Moss summarizes in one neat description the magnetism of wilder places. “We’d come for the landscape, for the pale nights and dark shores, rain sweeping over birch scrub, the whole circle of a flat world empty but for ourselves,” she writes. In that evocation, it’s not hard to see why a life in nature — even with its potential downsides — still appeals to so many.