The Virgin Group Founder Details His Experiences at White House as Part of New Book, 'Obama: The Historic Presidency of Barack Obama—2,920 Days' 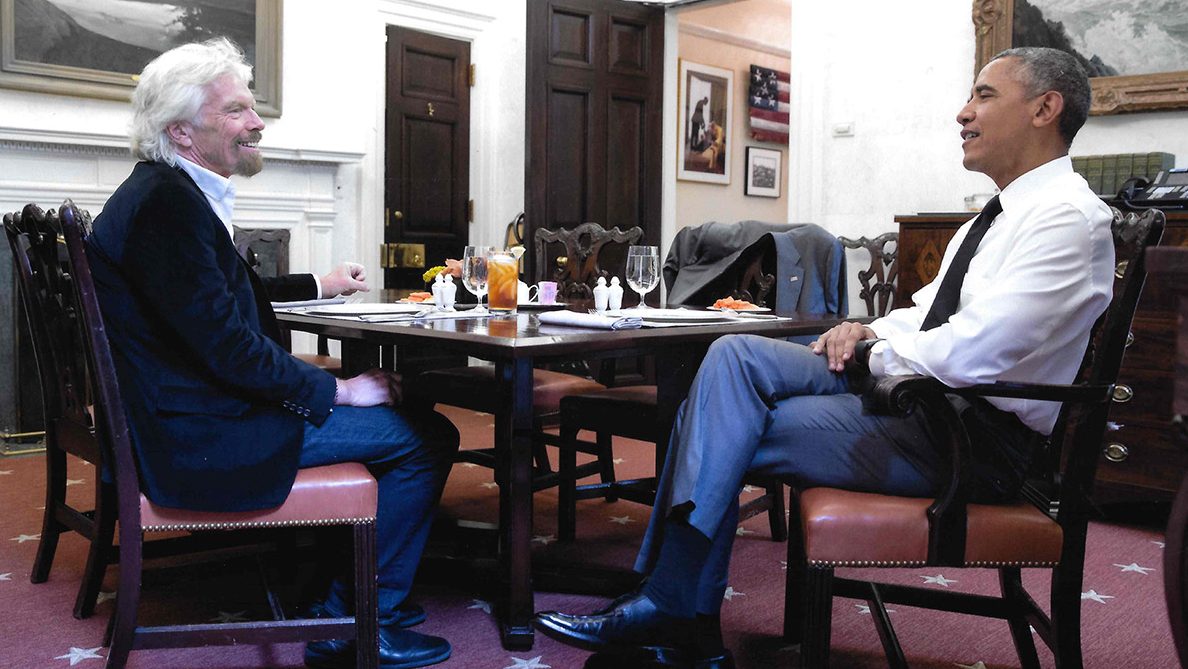 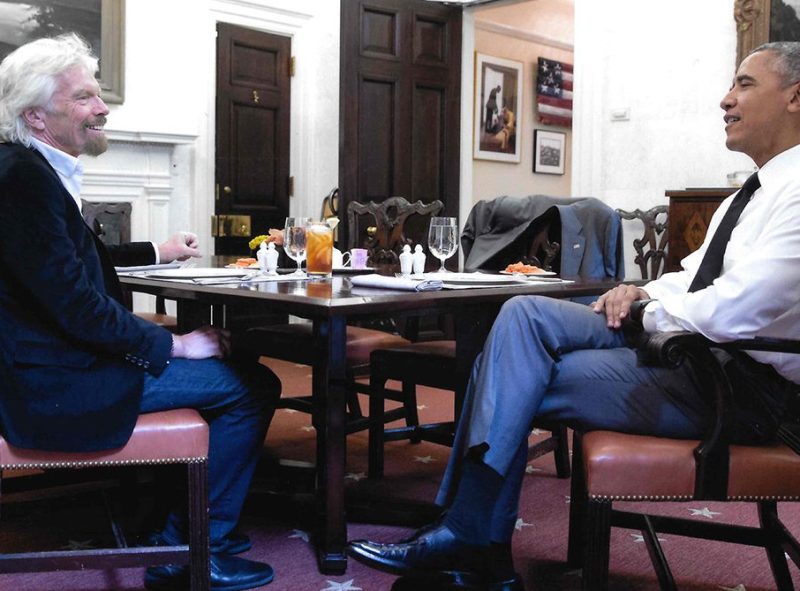 Philanthropist Richard Branson makes it his business to seldom get too close to politicians.

After all, as one confidant put it, “there is always the likelihood if he gets too close to one political figure, someone from the other side will be in that office next.” And certainly, the British billionaire is blunt in standing up against world leaders that stand in the way of his personal causes, particularly climate change. Branson has made no secret of his disdain for the current occupant of the White House.

Which is what makes Branson’s friendship with President Barack Obama all the more striking—a mutual admiration society that the founder of the Virgin Group opens up about in a new book, Obama: The Historic Presidency of Barack Obama—2,920 Days.

“Over the years, I have met many heads of state—some like Nelson Mandela, have left an indelible impression on me, while unfortunately others left me more “depressed” than “impressed”: I won’t name names,” Branson, 66, writes in his personal account published in Obama, a book that definitively chronicles the two terms of the Obama presidency through a stunning collection of photos, essays, quirky anecdotes and historic speeches. “President Obama, however, is someone who has always managed to raise my spirits, even when he seems to have been under constant attack from all sides.”

Branson, who had met Obama several times over the years, felt he really got to know him in August 2016, when he was invited to the White House for a one-on-one lunch and sit-down in the Oval Office. “The president opened the conversation by telling me that he always kept an eye on the various not-for-profit initiatives in which the Virgin Group is involved, such as climate change, conflict resolution, protecting the ocean, prison and drug reform, capital punishment, and, of course, inspiring young entrepreneurs,” Branson writes.

“The conversation was such that it was quickly clear that he was indeed very much tuned into the same issues, and, to my delight, we seemed to be closely aligned on most of them,” Branson continues. “We then went on to discuss another one of my passions, kite-surfing, as well as personal challenges and even space travel—I feel he really wants to fly with Virgin Galactic, but we shall see.

“That same evening I was back at the White House to celebrate the president’s 55th birthday. Assuming (correctly) all the ladies would be dressed to the nines, I buckled and wore a suit, but I drew the line at a tie. Then I saw Obama in jeans! Probably the first time in my life that I felt overdressed, and it was at the White House.”

Branson didn’t bother donning a tie when he was invited back to the White House in December, as Obama’s time neared an end.

And they continued that discussion on kite-surfing as a show and tell. It’s telling that for Obama’s first vacation after leaving the presidency, he and First Lady Michelle, chose to visit Branson’s private island in the Caribbean. There, Obama confided in his friend that the Secret Service had banned him from surfing for the past eight years because of safety concerns. So to enjoy his new freedom, Obama struck a wager over who could stay up longer without falling, the novice kitesurfer or Branson, who was just learning how to stay upright on a foilboard.

“After all he has done for the world, I couldn’t begrudge him his well-deserved win,” the Brit chuffed in a blog post after the visit.

Among the other narrators who lent their personal stories are Amy Wilhite, whose daughter, Taylor, survived cancer in large part due to the passage of the Affordable Care Act; Stephanie and Brian Tobe, who recall having the then-president crash their wedding; and Tweed Roosevelt, the great-grandson of Teddy, who shares an intimate exchange he had in the house that his ancestor once occupied.

Obama: The Historic Presidency of Barack Obama—2,920 Days, from Sterling Publishers, hits stores on April 4. It is available to pre-order at Amazon.com. 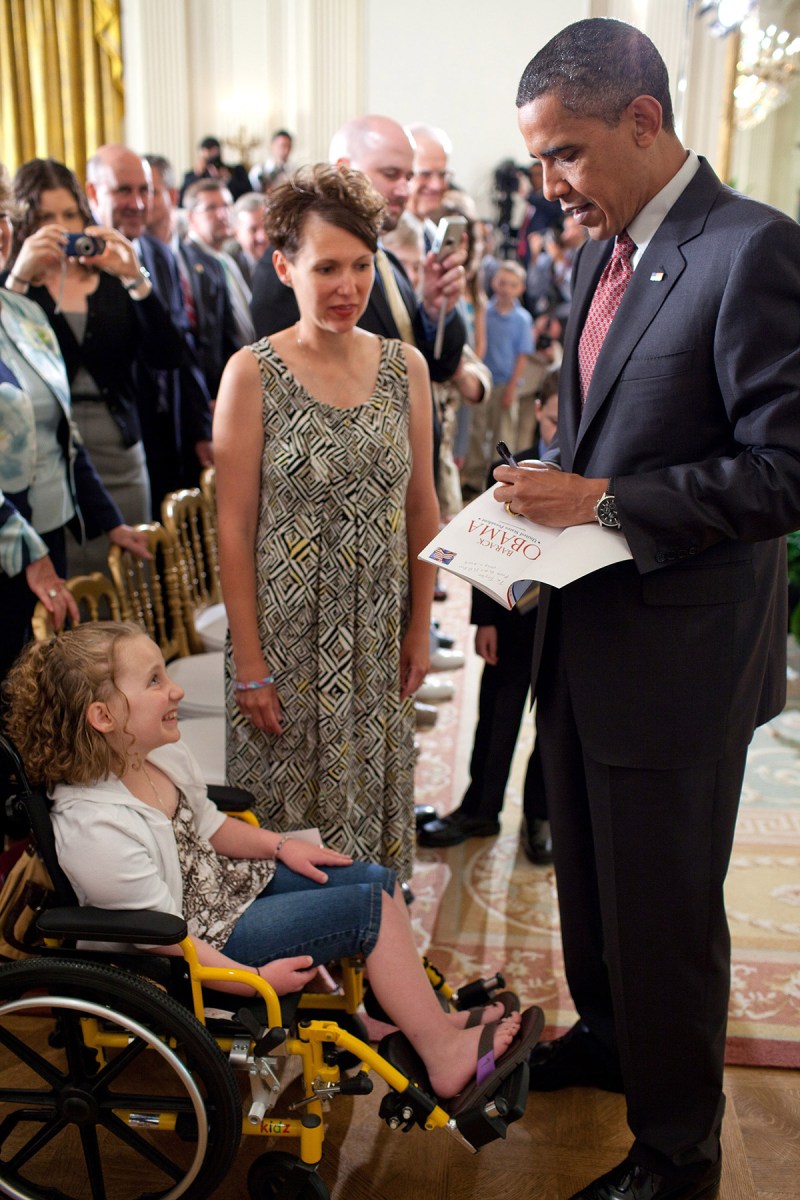 President Barack Obama talks with Amy Wilhite and daughter Taylor, who has Acute Myeloid Leukemia (AML), a fast-growing cancer of the blood and bone marrow, following his remarks on the 90-day anniversary of the signing of the Affordable Care Act, in the East Room of the White House, June 22, 2010. (Official White House Photo by Pete Souza)
The White House 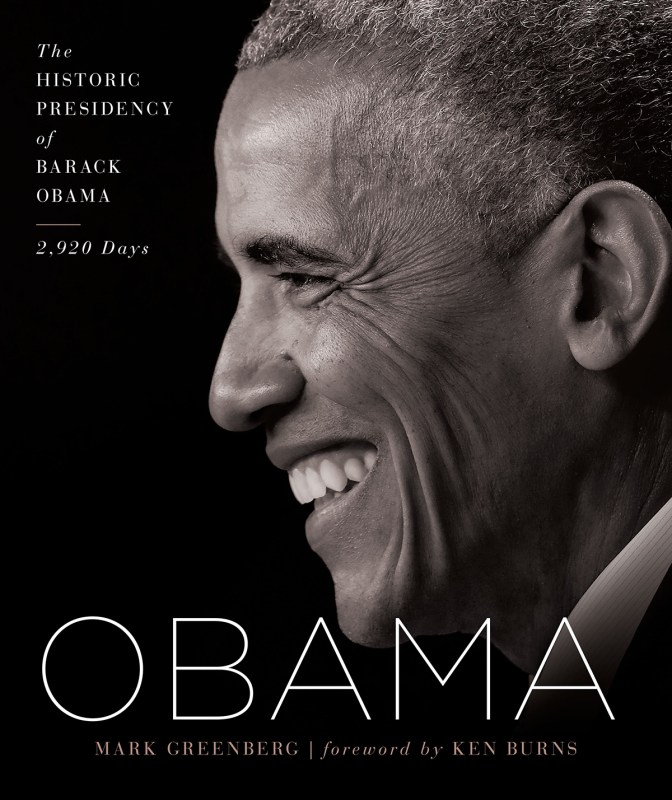