RCL talks with a first-time author about her story of love and second chances.

Welcome to Chapter One, RealClearLife’s conversation with debut authors about their brand new books, the people, places, and moments that inspire them, and what makes their literary hearts sing.

In Mesha Maren’s highly-anticipated debut novel, Sugar Run, we meet Jodi on the day she’s unexpectedly set free after serving 18 years of a life sentence at a women’s federal prison. She’s a long way from her Appalachian Mountain home, but close to a person who was left behind in the aftermath of her alleged crime. She’s determined to make amends; but life throws a wrench in her plans in the form of Miranda—and her three young sons—and Jodi’s old habits begin to creep up on her. Our damaged, yet determined, heroine quickly learns that long-held opinions are hard to break in rural West Virginia, especially with a town and family that refuses to forget. 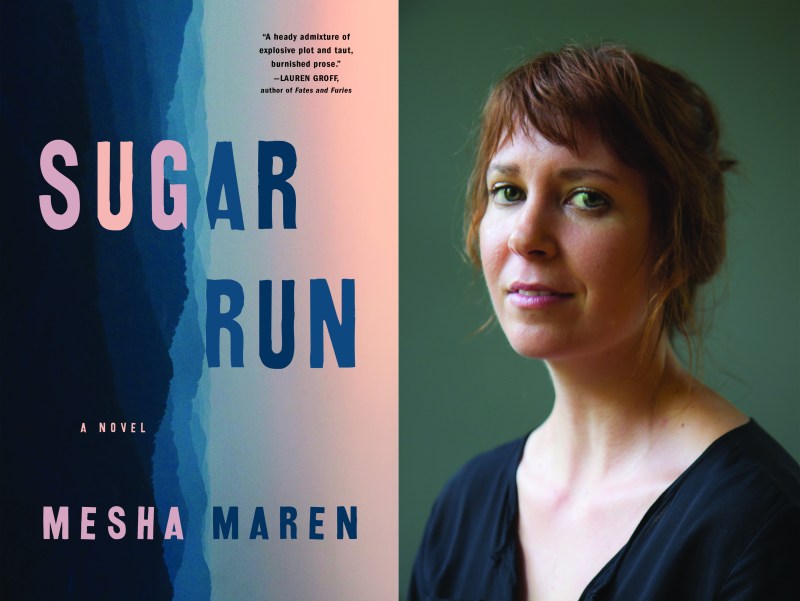 RealClearLife: Sugar Run is set largely in rural West Virginia. I know you’re from that general area, but is the town in the novel representative of where you grew up?

Mesha Maren: I was born on top of a mountain in West Virginia—literally, my mom had an at-home birth. My dad was building the house I grew up in while my mom was pregnant with me and I was raised in that house in Greenbrier County until I was 18. My town, the real town, Alderson, was the model for the town in the book. There is an actual federal prison there, too, but the prison I have Jodi in is a fictional amalgamation.

When I was a kid, my dad actually worked for a nonprofit that provides temporary housing for the families of the women in that prison. He also volunteered to visit women who didn’t have family members who went to see them. Eventually I taught women there creative writing.

RCL: It’s obvious that you took a lot of care with writing Jodi and your depiction of someone coming out of prison. Did having a background and seemingly inherent sympathy for people who are jailed influence the character?

MM: There’s no specific incident or person that inspired me to write Jodi; it’s a bit of a creative mystery to me where exactly she came from. I was very inspired to write the book through my own process of missing West Virginia—I was in Iowa at the time with my partner. I was thinking about this character, Jodi, and her missing it [West Virginia] and explored what could have kept her away for so long. My experience with my father working in a prison probably influenced that a bit, but I didn’t set out to write a novel based on someone who was in prison. The character came to me and I got to know her almost as if I was interviewing her and, eventually, it became apparent to me that she was in prison.

RCL: The LGBTQ community has, until fairly recently, been widely underrepresented in the literary world. Did you take that into account when writing Jodi as a woman who identified as gay?

MM: I had a similar process in realizing I was writing about a queer woman. I was working as a waitress at the time and would take notes in my journal as I was thinking about her. In the book, Jodi has a very pivotal relationship with a woman when she’s younger, but she didn’t necessarily think of herself as a lesbian. She just fell in love with Paula as a person. She actually gets it and sees when she gets older that she loves and is attracted to women.

I’ve been delighted at the reception that the book has gotten and surprised in a very good way that a book about a rural Appalachian lesbian is being received so well. My agent and I, when trying to sell the book to editors, didn’t know how to market it or even if there was an audience for it. We’re seeing there is and I’m very glad to see that. Jodi herself isn’t a very political person, but the reception this book is receiving reflects how politics in this country have shifted in a real way.

RCL: Politics and attitudes in America as a whole certainly have become more progressive and accepting, but do you think these changing attitudes are reflective of those in rural West Virginia, specifically? There’s a scene in the book when Jodi’s brother asks her point-blank if she’s gay and it’s heartbreaking to see her have to shove that part of her down and deny her truth.

MM:  The response she sees in her brother when he suspects that she’s queer is very personal. If I were there with her, at her side, I might advise her to tell her brother the truth and that it might be OK. A lot of us carry a lot of fear with us and so does Jodi; she doesn’t want to risk her relationship with her brother and is careful with who she talks and opens up to. I’ve moved back to West Virginia and I’ve tried to push myself to bridge the topic in my community. My neighbors are very religious and their son came out to them and it wasn’t super easy in the beginning but they’re really huge-hearted people who worked their way through their own confusion and questions and now he and his boyfriend can come to Christmas. If I met Jodi in real life I would tell her maybe she’d be surprised by her family. In small rural communities its really about those personal relationships. Relationships are very important in West Virginia so when it comes down to it, we’re a small community and that can bring out the best in people.

RCL: Were you always a writer? Was it always your aspiration in life to become what you are now, a novelist?

MM: I was always a writer. I’m lucky enough to have two really lovely parents, and my mom was really great about keeping things from my childhood—she has these, like, “novels,” I was writing on a typewriter as a kid. Telling stories is something I’ve felt driven to do for as long as I can remember. I got my undergrad later in life; I was 26 when I started. There were years when I was writing but not in school, but I went back and then got an MFA [Master of Fine Arts] in fiction.

RCL: Can you tell me who your favorite writers are, or if there are any who may have influenced your storytelling?

MM: Both Denis Johnson and Anne Carson were huge influences on me while I was writing Sugar Run, specifically Angels and Autobiography of Red. I also love the writing of fellow West Virginian Scott McClanahan, [who wrote] The Sarah Book, Crapalachia, [and] Hill William.

The 10 Books You Should Be Reading This February