A painting showing Abraham Lincoln at work cutting logs, this early work gained him the nickname of 'railsplitter' when he entered politics. (MPI/Getty Images)
By Matthew Reitman 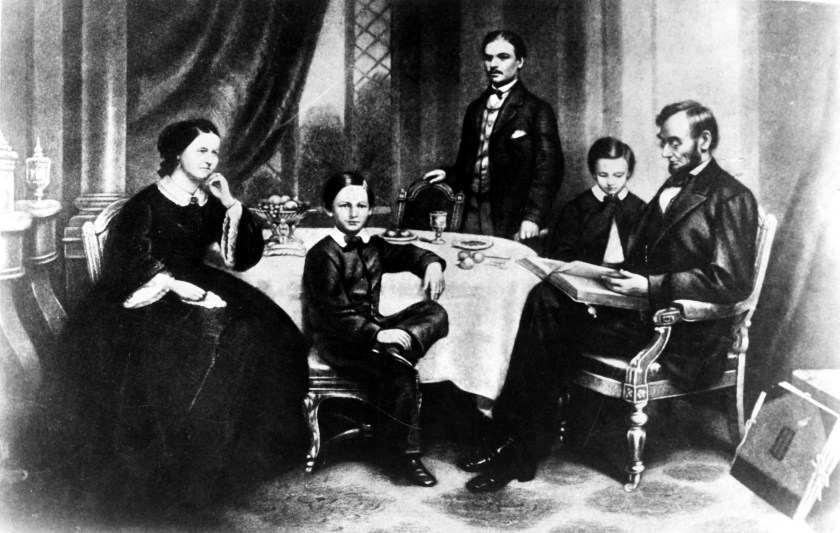 Ten years before Abraham Lincoln entered the White House, the future president sat down and scripted a response to his step-brother, John Daniel Johnston, after Johnston wrote Lincoln asking for money. Lincoln’s letter provides insight into his relationship with Johnston, but more important, a rare glimpse into the unfiltered man who was known for his poise and stoicism.

“Your request for eighty dollars, I do not think it best to comply with now. At the various times when I have helped you a little, you have said to me, ‘We can get along very well now,’ but in a very short time I find you in the same difficulty again. Now this can only happen by some defect in your conduct. What that defect is, I think I know. You are not lazy, and still you are an idler. I doubt whether since I saw you, you have done a good whole day’s work, in any one day. You do not very much dislike to work, and still you do not work much, merely because it does not seem to you that you could get much for it. This habit of uselessly wasting time, is the whole difficulty; and it is vastly important to you, and still more so to your children, that you should break this habit. It is more important to them, because they have longer to live, and can keep out of an idle habit before they are in it easier than they can get out after they are in.” 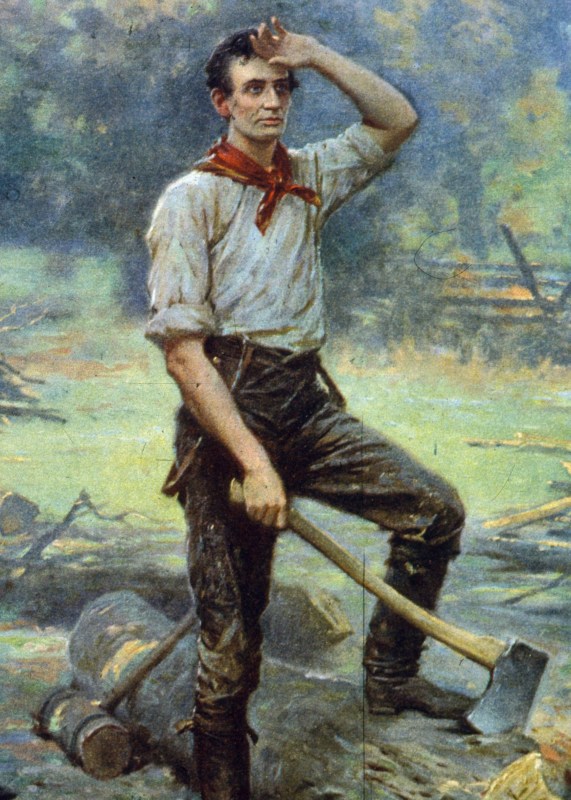 A painting showing Abraham Lincoln at work cutting logs, this early work gained him the nickname of ‘railsplitter’ when he entered politics. (MPI/Getty Images)

Despite the harsh tone, Lincoln’s heart seems to be in the right place. The president-to-be criticizes Johnston for being a spendthrift, noting that he should make a more concerted effort at providing for his family. Showing the pragmatism and goodwill he was known for as president, Lincoln offers Johnston a deal: He’ll match each dollar Johnston earns over the next five months. He extends this mostly as an empty offer, acknowledging the money would likely be squandered unless Johnston made a concerted effort to change his ways. Here Lincoln writes:

“You say you would almost give your place in Heaven for $70 or $80. Then you value your place in Heaven very cheaply, for I am sure you can with the offer I make you get the seventy or eighty dollars for four or five months’ work. You say if I furnish you the money you will deed me the land, and if you don’t pay the money back, you will deliver possession—Nonsense! If you can’t now live with the land, how will you then live without it? You have always been kind to me, and I do not now mean to be unkind to you. On the contrary, if you will but follow my advice, you will find it worth more than eight times eighty dollars to you.”

You can read the full letter, along with several more, in a free e-book here.