A spirit 600 years in the making

Welcome to For What It’s Worth, in which an unbiased expert breaks down the seemingly ludicrous costs of some of our favorite objects.

Mention a $1,200 tequila, however, and questions arise. Mainly: Why? What?

The tequila in question is Casa Noble’s Alta Belleza, just now available in extremely limited quantities. It’s $1,200 a bottle … or, if you happen to find it in a bar, around $200 for a shot’s worth. (Note: Don’t shoot this tequila.)

We first encountered Alta Belleza at New York’s Baccarat Hotel in October, during a one-on-one tasting with Casa Noble’s Maestro Tequilero Jose “Pepe” Hermosillo. Two weeks later, we were trudging through agave fields in Jalisco, Mexico, a town just outside of Guadalajara.

Alta Belleza is Casa Noble’s first entry in their Colección del Fundador (a.k.a. “Founder’s Collection”). Hermosillo, who operates a bit like a mad scientist, has been experimenting within the rigid confines of the tequila realm for years. He was the first tequila distiller to offer a single-barrel program, for example.

Hermosillo’s family has actually been at the tequila biz for more than 200 years; Casa Noble itself has been around since 1997, but it’s now the fastest growing tequila in the “ultra premium” market. It’s also won its fair share of awards: their Blanco (dubbed “Crystal”) won a New York Times taste test, and their añejo has nabbed several Gold Medals in assorted spirit competitions.

Which is nice and fits well on a corporate profile. But it doesn’t tell the whole story. Here’s why Alta Belleza is worth the same price as a rare whiskey.

Their tequila requires twice the patience.
Not to get too much into the whole process — it’s complex — but even the regular line of Casa Noble undergoes some arduous preparation methods. It’s triple distilled, stored in more expensive French White Oak barrels (rather than the usual bourbon barrels … which means CN is spending about 5-6 times the cost to age their product as the competition). They harvest the agave plants by hand after 12 years, not the customary seven. And they use proprietary, custom-built “screw mills” to extract the juices from the agave plants — no industrial roller mills or diffusers.

“Squeezing instead of crushing gives you less bitterness and it’s better for flavor and aroma,” says Pepe, who also admits, “It’s not the most efficient way to do things. Every step requires a lot of patience to bring out some nuances.”

They take “all natural” to an extreme degree.
The tequila is 100% blue agave — no synthetics, no additives. Their distillery is certified organic and green, and they produce almost no carbon footprint (they even do their own composting). To maintain these certifications, they’re inspected by the government twice a day.

Their Alta Belleza is incredibly rare.
Only 563 bottles were made. And we drank one of them. So, uh, 562.

The entire process for Alta takes 600 years.
Essentially, an extra añejo Casa Noble tequila that’s been aged three years in French White Oak barrels is placed for an additional six months in barrels from the To Kalon Vineyard in Napa Valley — the same barrels used to store the excellent Robert Mondavi Winery Cabernet Sauvignon. For these barrels, the wooden staves were dried naturally for five years … and the trees themselves that made those staves were harvested when they were 500-600 years old. “Put the tequila in there, and it pulls out some amazing characteristics,” says Pepe. Which are…

A magical, unique taste, look and smell.
It passes the sniff (and sip) test, to say the least. The tequila’s color evolves to a coppery red/orange. On the nose, you’ll get agave (of course), but also green apple, anise, cinnamon, nuts and banana. And the taste? Think butterscotch, cherry, crème brule, plantains/bananas, pear, chocolate, almonds, cinnamon and even a bit of green pepper (“That’s what the wine gives you, along with a bit of funkiness,” says Pepe).

The bottle isn’t the story.
Unlike that $22,000 cognac, you’re not paying for hand-blown glass or embedded diamonds. That said, Alta comes in a beautiful handmade bottle from Mexico with a handcrafted silver stopper. It arrives in a handsome box, and each is individually numbered. That’s it. Looks great on the mantle. Speaking of which …

You’re supposed to drink this in the winter
“In Mexico, we like drinking tequila when it’s cold,” says Pepe. “It warms you up. It’s meant to be sipped by the fireplace.”

It’s actually underpriced.
“Based on market demand, we could have charged $5,000,” says Pepe. “But [the high price] is from creating something that, when someone sips it, they say ‘I’ve never tasted anything like this.’”

It’s a lot more laid back than whiskey.
“You don’t have to be a snob to enjoy tequila,” says Pepe. “We call it a high spirit. It’s fun! Add in the history, the tradition and the handcrafting, and you’ve really got something special.” 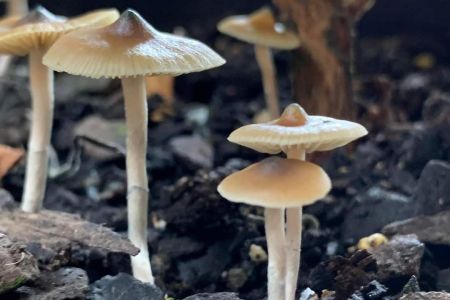 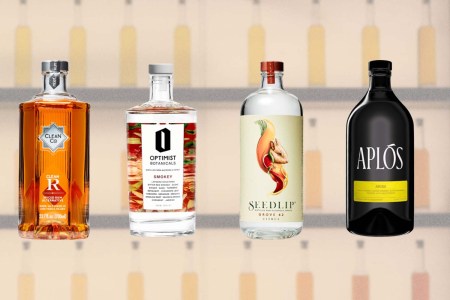 The 18 Best Non-Alcoholic Spirits for Dry January and Beyond