Songs of the Week: Wilco, Soccer Mommy and More 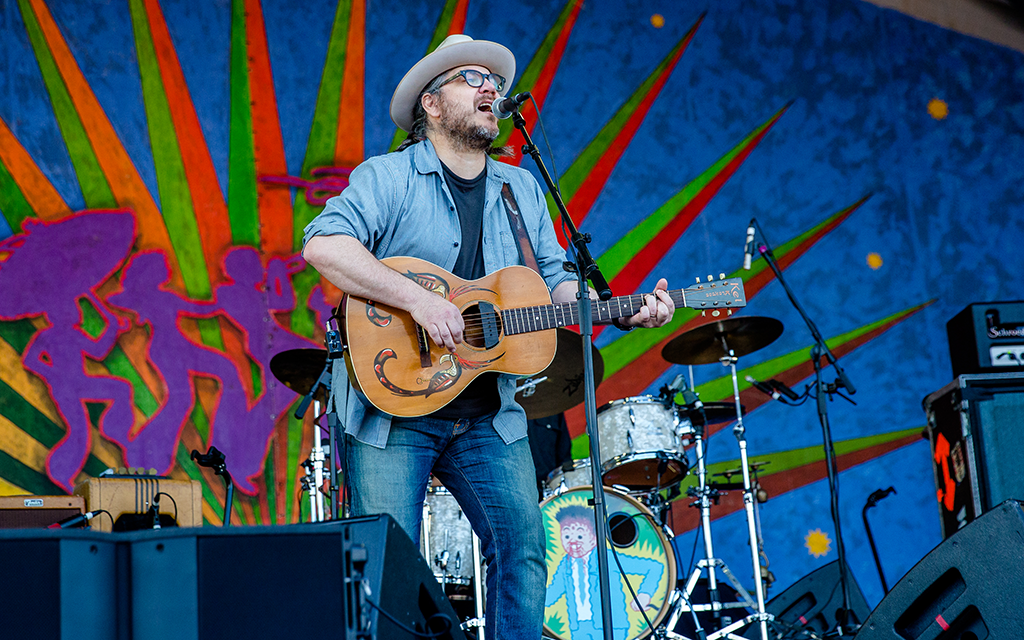 It’s Friday, which means it’s time to dive into all the best music released this week and figure out what’s will be going into heavy rotation on your speakers this weekend. As usual, we’re here to help, whittling it down to 10 selections and compiling them into one handy playlist. This week, Alabama Shakes’ Brittany Howard drops her solo debut while Mandy Moore and Gang Starr make their triumphant returns after more than a decade. Check it all out below.

Don’t let the name fool you. It’s shorthand for … Lucifer? “‘lucy’ is a really fun song for me because it has a dark, evil vibe,” Soccer Mommy (aka Sophie Allison) explained in a statement. “It’s a song about struggling with inner demons and your own morality, but I masked it with this scenario of being seduced by the devil. I’m really excited to share this with everyone because I think it shows a different side of my writing.”

Andy Cabic may mention “palm trees in the wind, swaying” in the latest taste of Vetiver’s Up on High (out Nov. 1 via Mama Bird), but it’s the perfect track to gently ease us into sweater weather. The warm, jangly song has a natural coziness to it that’ll make you forget it’s supposed to be 85 degrees again this weekend.

We’re fortunate to be living in an especially prolific Van Morrison era; the just-announced Three Chords and the Truth (out Oct. 25th) is the legendary singer’s sixth album in four years. On first single “Dark Night of the Soul,” it’s easy to forget he’s over half a century into his career. This late in the game, he has no business sounding as good as he does.

Alicia Keys describes “Show Me Love” as a “visual sonic installation,” and the video for her duet with Miguel features performances by Michael B. Jordan, Zoe Saldana and her husband, Marco Perego Saldana. If you’re in New York, there’s an actual “Show Me Love” installation at 477 Broadway on display through Sunday (Sept. 22).

The Alabama Shakes frontwoman’s solo debut Jaime is out today, and while the whole album is definitely worth a listen, start with the empowering spoken word “13th Century Metal,” on which Brittany Howard declares, “Every day I am alive I am given opportunity to become that which I admire most of others. I am nonviolent. I am a master student, and my spirit will never be stomped out.”

Mandy Moore, “When I Wasn’t Watching”

“When I Wasn’t Watching” feels poignant not just because of its lyrics (“my favorite version of me disappeared through longer days and shorter years”), but also because it marks Mandy Moore’s return to music after 10 years. “The idea of diving back into music after so much time and personal change was really intimidating to me for a while,” she said in a statement. “But then I finally realized: I’m the only person who can make this move. It all has to start with me.”

The video for the comforting “Everyone Hides” off of Wilco’s forthcoming Ode to Joy (out Oct. 4th) features the band playing a game of hide-and-seek among some familiar Chicago locations, including Wrigley Field, the Music Box Theatre and yes, even the Marina City towers they famously put on the cover of Yankee Hotel Foxtrot. They all find each other in the end, happily — just in time for a rooftop performance.

The first new Gang Starr song in 16 years features a posthumous verse from Guru (who passed away in 2010) and an appearance by J. Cole. “This record means so much to me,” DJ Premier said in a statement. “It’s a continuation of what I never wanted to end. It’s a very foreign place for me and very emotional. I get happy, sad, excited; my feelings are kind of all over the place. But predominantly, just very happy to be making music with Guru again.”

Hiss Golden Messenger’s MC Taylor has said that his new album Terms of Surrender (out today) was written in a “fog of depression,” and the result is a moving, gorgeous record that still manages to somehow never feel morose. “I saw the fires, 10,000 burning,” he sings on the title track. “All this water behind me, my love, no boat for the turning.”

“hey rose” is our first taste of Son Little’s just-announced EP, invisible (out Oct. 11 via ANTI-). “Your soul is a picture,” he tells the object of his affection on the danceable track. “But your body is a frame.”