From NFTs in Seattle to contemporary art in San Francisco

Like many facets of society, museums made a roaring post-pandemic comeback in 2022. After years of restrictions, limited capacity, furloughed curators and closed doors, the world’s cultural cornerstones opened anew, beckoning visitors to come back and crawl through immersive art experiences, bathe in sprinkles and smear cake on the Mona Lisa. Museums are back, baby.

In addition to many a museum comeback, 2022 also saw the debuts of numerous long-gestating facilities, many of which saw their openings delayed during the pandemic. With such a backlog of cultural artistry, it’s no wonder that the U.S. has seen a huge swath of dazzling new museums sweep the country. From Bob Dylan and NFTs to Broadway and military vehicles, the array is widespread and eclectic, covering new ground in places like Tulsa, Seattle and the mountains of North Carolina. These are the nine best new museums that opened in 2022.

Already home to the Woody Guthrie Center, Tulsa welcomed another rock ’n’ rolling museum in 2022 that effectively cements the city as an epicenter of musical heritage. Overlooking Guthrie Green in the Tulsa Arts District, the Bob Dylan Center bowed in May, becoming the world’s premiere exhibition of one of America’s foremost songwriters and storytellers. Basically Graceland for Bob Dylan diehards, the three-story museum contains more than 100,000 items from the singer’s illustrious career, including photos, art, videos, films, instruments, handwritten manuscripts and never-before-heard studio recordings. Why Tulsa, you ask? Although Dylan’s early years were spent in Minnesota and New York, he hand-picked the Oklahoma city for its location in America’s heartland and its connection to Native American culture. Not just for fans of the iconic musician, the museum is designed as an arbiter of creativity and art, inspiring visitors to design, dream and tap into their own inner Bob Dylan. In addition to immersive exhibitions, the museum hosts regular events, performances screenings and Q&A’s.

A sure sign of the times is the fact that a full-blown NFT museum now exists. Predictably found in the tech-savvy city of Seattle, where even Starbucks is hopping onboard the digital bandwagon, the world’s first museum dedicated to blockchain art is further proof that NFTs are here to stay and you can no longer pretend that non-fungible tokens are a Beanie Baby-like blip on the radar. Described vaguely as a form of tradable digital art, the idea of a brick and mortar facility showcasing such an intangible medium seems oxymoronic, but here we are! As more and more creators are starting to transform NFTs into palpable form, the newly minted Seattle NFT Museum puts them on full digitized display, featuring more than 30 screens — across 3,000-sq.-ft. in Belltown — displaying artwork from artists across the globe, including pixelated fashion models and NFT depictions of Kurt Cobain by Seattle’s Charles Peterson.

From pioneers like Santa Fe’s Meow Wolf to transportive exhibits on everything from outer space and ice cream to Van Gogh and Frida Kahlo, immersive art museums have become a booming business in recent years. Fueled at least in part by the innate Instagram thirst trappiness of these photogenic experiences, they’re a fun take on the traditional art museum, encouraging visitors to get more hands-on, embrace their inner child, crawl through passageways and eat hot dogs for dessert. Next up is INTER_, a mysterious new immersive museum in Soho, shrouded in more vague secrecy than a Beyoncé album drop. Describing itself as “a journey of unexpected discovery,” that “examines connections between mind, body and reality across multi-sensory art experiences,” it sounds more like a cultish wellness retreat than your standard art museum, so it makes sense that the interactive exhibits are centered around digital art, sound baths, meditation sessions and luminous light displays. Visitors are greeted with a contemplative video probing about experience and memory, daring guests to lower their assumptive inhibitions and step into a multi-sensory dome filled with digital art that responds to movement and music so zen it makes Enya sound like death metal. From there, the rest of the museum contains other heightened sensory displays in sections like a gong room, a mini maze of warped mirrors shifting the paradigm on identity, and INTER_planetary, a holistic space highlighting elements of water, air, fire and earth.

More so than ever before, in the face of flagrant anti-Semitism and racism, memorial museums that examine atrocities both past and present are vitally important. Along with other museums from recent years, like Tulsa’s Greenwood Rising and the National Museum of African American History and Culture in D.C., Milwaukee’s Black Holocaust Museum is the latest foray into America’s darker histories, designed to raise awareness of slavery and the Jim Crow era, while engendering a sense of reconciliation, hope and recovery. Initially founded by Dr. James Cameron in 1988, the museum laid dormant for well over a decade before emerging anew in Bronzeville, a Milwaukee neighborhood with long ties to African American culture and community. Now, the 10,000-sq.-ft. facility takes guests on a poignant journey through thousands of years worth of African and African American history, across seven historical galleries in chronological order from “African Peoples Before Captivity” to “NOW: Free At Last?” At times harrowing and unabashedly heart-wrenching, the museum doesn’t beat around the bush, depicting Dr. Cameron’s own story is a lynching survivor, along with a cargo hold of a slaving ship and hooded cloaks of the Ku Klux Klan. Through it all, a message of hope and understanding — of humanity and unity — remains. It’s a museum that shares the important stories of America’s racism, along with messages of repair and progress.

As a cultural nexus in the U.S., the Smithsonian in D.C. is one of the preeminent museum destinations in the world, sharing the stories and histories of everything from African art and Indigenous peoples to pop culture and aviation. As the world’s largest museum complex continues to grow and diversify, it’s latest addition in 2022 is the Molina Family Latino Gallery, marking the first gallery on the National Mall to spotlight Latino heritage in the U.S. The 4,500-sq. ft. gallery features the opening exhibition “¡Presente! A Latino History of the United States,” outfitted with maps, a Learning Lounge, 3D objects, theaters and first-person stories — all told in both English and Spanish. Located on the first floor of the National Museum of American History, the gallery also doubles as a preview of a standalone permanent museum to come — the National Museum of the American Latino is in development, planned for a southwest portion of the National Mall.

Many visitors to Wyoming come for the geysers, the bison and the bougie ski slopes, but now a new museum provides further incentive — in the form of army tanks and missiles. The National Museum of Military Vehicles is the latest all-American attraction in northwest Wyoming, a region renowned for its national parks and mountain towns, where patriotic passersby can marvel at heavy-duty artillery, planes, helicopters and naval vessels dating as far back as 1897. Although the museum, located in the quiet town of Dubois, technically debuted in 2020, its grand opening was delayed until Memorial Day 2022 due to the pandemic. A museum of this caliber, after all, deserves to open with a bang. Now, the 140,000-sq. ft. complex spans multiple exhibits and galleries that showcase how vehicles and weaponry were used through World War II, the Korean War, the Vietnam War and beyond. These include the General George C. Marshall Galley, which focuses on amphibious vehicle landings during World War II, and the General George S. Patton, Jr. Gallery, armed with tanks and other mechanized combat trucks employed during World War I. Altogether, it’s the world’s largest private collection of more than 500 restored military vehicles and equipment, less than two hours from Jackson Hole.

Nestled in the Blue Ridge Mountains of western North Carolina, Grandfather Mountain is the mightiest peak in the range, and part of a state park and non-profit tourist attraction that includes wildlife habitats, America’s highest suspension footbridge, and miles of hiking trails. The latest attraction to join the party is the Wilson Center for Nature Discovery, which nearly doubled the size of the park’s Nature Museum when it opened in June. Now, the facility contains 10,000-sq. ft. of educational exhibits, three classrooms, a theater, an outdoor amphitheater and botanical garden, and lush flora and fauna walls. It’s located about halfway up Grandfather Mountain, with galleries that include bird migration maps, interactive weather experiences, a mineral cave and a fun shadow section that allows visitors to go behind frosted glass and transform into a silhouette of various animals and birds, essentially becoming your very own Animorph.

An apt spotlight for emerging talent, the Institute of Contemporary Art San Francisco that puts just as much prominence on up-and-coming Bay Area artists as it does on world-renowned creators. Free and open to the public as of October 1 in Dogpatch, it’s a non-collecting contemporary art museum, which means prioritizing local art, emphasizing diversity and equity, and working direct with individuals rather than institutions. The 11,000-sq. ft. facility, housed in a former gym, features the opening exhibition “This Burning World” by Cherokee and Choctaw artist Jeffrey Gibson, whose 20-minute video installation is a deep, immersive dive into Indigenous land acknowledgements and elements of the natural world — including a 12-foot red maple tree, damaged from a car crash, suspended from the ceiling. Future exhibitions, “A Weed by Any Other Name,” by Oakland artists Liz Hernández and Ryan Whelan, and “Resting Our Eyes,” from Tahirah Rasheed and Autumn Breon, arrive in January.

The Museum of Broadway in New York City

For all its glitz, glamor and cultural clout, it’s hard to believe there hasn’t been a full-fledged museum dedicated to Broadway theater — until November 15, that is. A refreshing reprieve from the neon calamity of Times Square, the multi-story Museum of Broadway is the first permanent museum dedicated to Broadway and the Great White Way, aka the nickname given to the marquis-lit stretch of theater district clustered between 41st and 53rd Streets in Manhattan. Highlighting the creators, stories and performers from more than 500 shows, from the 1700s to present, the museum is divvied into three main sections: a Map Room that shows the ever-changing geographic shift of New York’s theater districts, The Timeline area filled with props and costumes depicting the growth of enduring Broadway shows like Rent and Oklahoma!, and an interactive Making of a Broadway Show exhibit that details the nitty-gritty that goes into conceptualizing these shows, from the stage to the behind-the-scenes. 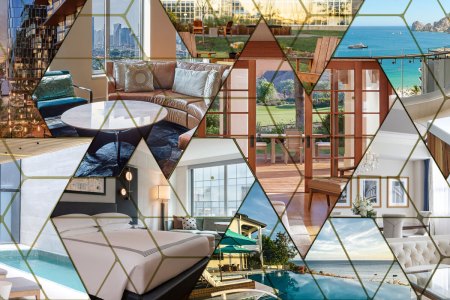 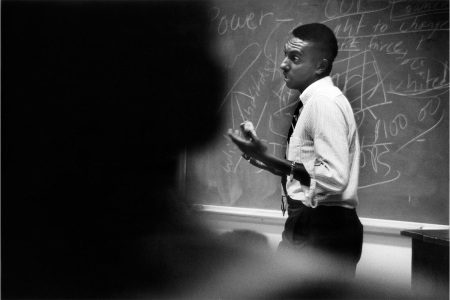 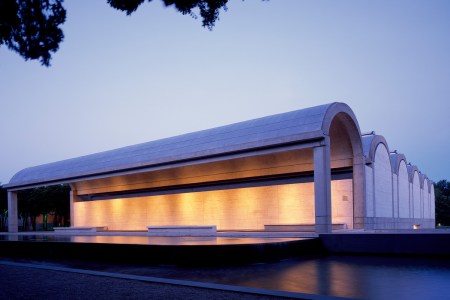