He's repeatedly demonstrated that he doesn't deserve a platform, and giving him one is just exploitation

Unless you have been living under a rock for the past two weeks, you’re no doubt already painfully aware of Kanye West’s latest slew of controversies — the anti-Semitic bile he’s been spewing, the “White Lives Matter” shirt he donned at a Paris fashion show, his plans to purchase alt-right social media platform Parler after his bigotry caused him to get booted from Instagram and Twitter. And yet despite being removed from those more mainstream social media apps, West has had no shortage of opportunities to continue ranting and raving in the public eye, thanks to the seemingly endless number of people who are willing to exploit him for ratings.

It began, naturally, with an appearance on Tucker Carlson to defend the “White Lives Matter” shirt. (Days later, a video revealing the show had edited out more anti-Semitic comments from West and several alarmingly paranoid remarks about “professional actors” being placed in his home to “sexualize [his] kids” and his claim that he has “visions that God gives me” about how to build “fully kinetic energy communities” was leaked.) Then it was a lengthy interview on the Drink Champs podcast, where he falsely claimed that George Floyd died of a fentanyl overdose — a claim that resulted in a $250 million defamation lawsuit against West from Floyd’s family — and a contentious interview with Chris Cuomo where he doubled down on his anti-Semitism. Then, on Wednesday, the rapper (who has publicly struggled with bipolar disorder for many years now), sat down with Piers Morgan on Piers Morgan Uncensored.

Despite the fact that just a little over a week earlier, he’d praised Twitter and Instagram for locking West out of his accounts due to his “vile, indefensible hate speech,” Morgan was happy to give a platform to that same hate speech on his show. After he was able to coax a vague, half-assed apology out of West about his threat to “go death con 3 on Jewish people,” Morgan bent over backwards to praise him and make excuses for him.

“That shows you’ve got that ability to be self-aware, to understand when you cross a line. I think someone like you with all your energy and creativity and your passion, you’re gonna say stuff,” Morgan said. “The way you talk constantly in such an extraordinary manner, you’re gonna trip up, you’re gonna say things the wrong way.”

First of all, West is the last person we’d ever describe as “self-aware.” Hell, he’s barely lucid. That “way he talks constantly” that Morgan references is an actual symptom of a manic episode. People who have bipolar disorder often experience what’s called pressured speech — rapid, disorganized speech, often about inappropriate subject matter. Of course, to be clear, being bipolar (or suffering from any mental illness) does not make you anti-Semitic or racist. That is an entirely separate issue — one which West should absolutely be held accountable for. But it does lower inhibitions and make him more likely to spit out his problematic beliefs without thinking about the consequences of doing so, and it makes Morgan and Cuomo’s decisions to exploit someone who is clearly in the midst of a mental health crisis, trotting him out and allowing him to publicly self-destruct in a desperate bid to get people to tune in to whatever cable-news wastelands they’ve been banished to after their own various scandals.

Regardless of any mental health issues, West’s hate speech doesn’t deserve a platform. It has no inherent news value beyond “this famous guy said some awful things again,” and all it does is bring more attention to those indefensible viewpoints and allow other people who share them to latch on and seize their moment in the zeitgeist. Folks like Morgan and Cuomo, who presumably do not agree with West’s anti-Semitism and racism, should absolutely know better than to exploit the lowest common denominator for the benefit of their own clout.

Drink Champs, to its credit, has removed the episode with West’s interview due to his comments about Floyd. But shouldn’t they have known beforehand that booking him in the first place was a bad idea? And are they really taking down the episode now because they had a change of heart, or are they just trying to avoid getting roped into a $250 million lawsuit?

“Drink Champs prides itself on its ability to allow a free flow of ideas within the hip hop community. That being said, unfortunately, the recent interview with Kanye West contained false and hurtful information regarding the circumstances surrounding the murder of George Floyd. Integrity is very important and we don’t want to promote false narratives on our platform. Our goal is to celebrate the culture,” a representative for Drink Champs said in a statement. “Therefore, we had no choice but to remove the episode from distribution. We apologize to the family of Mr. Floyd and anyone else hurt by this episode.”

Integrity is important, and it’s painfully obvious at this point that anyone who has any should stop providing Kanye West with a microphone. 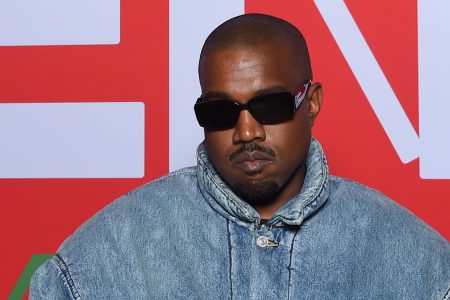 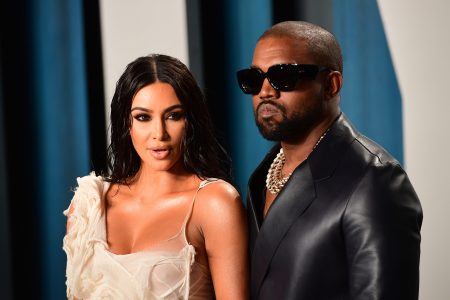 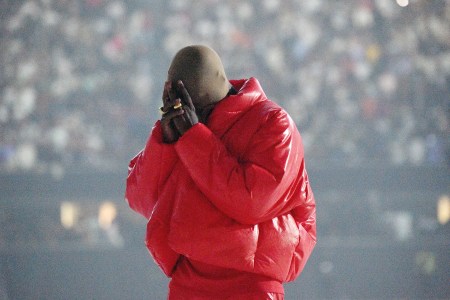