10 Comedians Tell Us Their Favorite Jokes About New York

If you can't laugh here, move to Los Angeles

Jeff Garlin once called New York “the only city where you can be awakened by a smell.”

Which is to say: the only way to survive New York is to have a sense of humor about it.

So we recently asked 10 of our favorite local comedians to share their best jokes about the city.

From gentrification to Staten Island to public indecency, they covered all the things we love to hate.

Because if you can’t laugh here, move to Los Angeles.

“NYC has mounted police … the biggest city in the world has cops on horseback. Whose idea was this? Your average drug dealer is driving a tricked-out Porsche Turbo Carreiro. Mr. Ed is not an effective crime deterrent. we have a problem with Amish street gangs … all of those drive-by pitch-forkings we’ve heard so much about.”

“New York is rough. I remember when I arrived in Manhattan … the first thing that struck me was a stray bullet. I went out clubbing with my friends. We got two tourists and a baby seal.”

“I’ve lived in Harlem for the past decade and I have yet to see a GlobeTrotter. In Harlem, some people live in apartment buildings, some live in , some live in housing projects … me — I live in fear.  We don’t have a doorman, but we have a homeless man that sleeps in our . Same thing. I live in a very clean apartment. And I don’t have roaches because I smoke out of a bong.”

“NYC has every kind of food. We actually have several Ethiopian restaurants serving Ethiopian cuisine, which begs the question … when did THEY start feeding ? What’s next? A Hindu ?”

Stand-up comic, actor son of a neurosurgeon, Tom has appeared on America’s Got Talent, the Tonight Show, the Howard Stern Show and Comedy Central. Keep up with him here.

“It’s one thing to overhear your neighbors fighting from your apartment, but it’s another thing to hear it so clearly that you think, ‘Well, Ashley DOES have a point, you should WANT to hear about her coworkers suck.’”

Milly hosts a monthly stand-up show called Tyme at Artichoke Bushwick. The next one 12/18 at And you can find out more about her ha-has on her website here.

“New York City is a great place to meet middle-class people that grew up in about living in a neighborhood called ‘Murdertown Heights.’”

“I really love the human connection that comes with living in New York. Just today, I rode the 4-train at rush hour and it was so crowded I was inside of the guy next to me for two stops.”

“New York City is filled with people who came from all corners of the earth to experience the world, but refuse to go to another borough.”

Comedian, karate man and lover, Justin’s recording Mostly Woke debuted as a best-seller for comedy on Amazon this year. Find out more about him here.

“I live in Spanish Harlem. Our Mr. Softy guy is a Dominican. He kicked a dude’s ass for pounding on his Mr. Softy truck. So I ask you, how tough is your neighborhood when the ice-cream man is beating people up?”

Comedian, actor and , Rich is a regular guest on The Boris and Robyn Show on WPDH 101.5 FM. You can check out his upcoming live gigs here.

“I saw two guys fighting in Brooklyn. Before cops could break it up, construction vehicles showed up, paved over them and put up an apartment complex.”

“The NYC Marathon is really just a bunch of people running away from Staten Island.”

“Some guy asked me for change in Manhattan and said, ‘Can I get a quarter? I’m trying to get my kids back.’ So I asked if they were trapped in a vending machine.”

A comedian and filmmaker, Joe can be seen at his show at Greenwich Village Comedy Club on Tuesday, December 19th at 7:30 and Thursday, December 21st at 7:30. Learn more about him here.

“My wife is from the Upper East Side and I’m from Queens. So my penis moved on up. Her family isn’t Park Avenue rich, they’re Second Avenue rich. They’re not in the 1%, but they eat the same bagels.”

A stand-up comic and podcaster, FreddyG performs regularly at regularly at Stand Up NY, Greenwich Village Comedy Club and on Roastmasters at The Stand. You can check out his podcast Model and The Mensch on and SoundCloud and learn more here.

“We’re in a codependent relationship with the subway. We need it, but we wish we didn’t.”

“New York has the best comedy on Earth. Most of it’s unintentional and very depressing.”

“We resent tourists. Most of us were once tourists. We resent the fact that you can still leave.”

Andrew is the host of The Weirdball Podcast. He performs regularly at New York Comedy Club and   It Up.

“I will never tell anyone the positives about living in NYC, or my rent will go up.”

“It’s a great place if you hate having money and committed relationships.”

“The biggest lesson I learned when I left NYC is not all salads cost $15.”

You can see Amanda next at Just Jakes in Montclair, NJ, and learn more about her Reductress work here.

“The miracle of New York is that there are people living here who can still laugh while being completely sober.”

“Homeless man on the subway pulled down his pants directly in front of a woman reading her bible. ‘You ugly! I’m gonna feed underwear!’ he screamed while feverishly tugging at his genitals. As she began to make the sign of the cross, I stopped her and said, ‘Save that for when something truly terrible happens to you in New York.’”

Allan can be heard on The Week In Sex podcast and seen at comedy clubs all over the city. Learn more about him here.

“I’m born and raised in Brooklyn and hipsters have completely taken over my neighborhood. This morning someone put a bike lane in my apartment.”

Danny performs regularly at the NY Comedy Club and venues all across NYC. Keep up with him here. 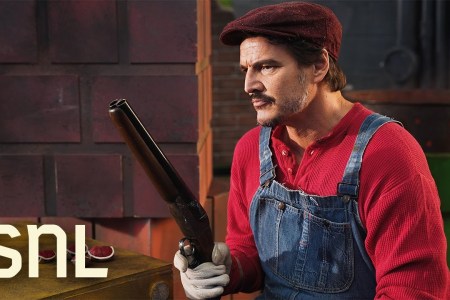