Inside the Brilliant, Troubled Mind of Vincent Van Gogh

In the first of several serious breakdowns, the artist cut off his left ear 130 years ago today.

From Sylvia Plath to Robert Schumann to John Forbes Nash, there’s a longstanding link between mental illness and creative genius.

But there’s probably no better-known example of a mad artist than Vincent van Gogh, who hacked off his ear with a razor 130 years ago today while staying in a self-described “Yellow House” in Arles, France.

Just as legendary for the stroke he made with the blade as the ones he made on canvas both before and after, Van Gogh’s breakdown has always made him more captivating to most than other artists such as Pierre-Auguste Renoir, Claude Monet, and Paul Cézanne.

And for good reason. It’s a compelling story. 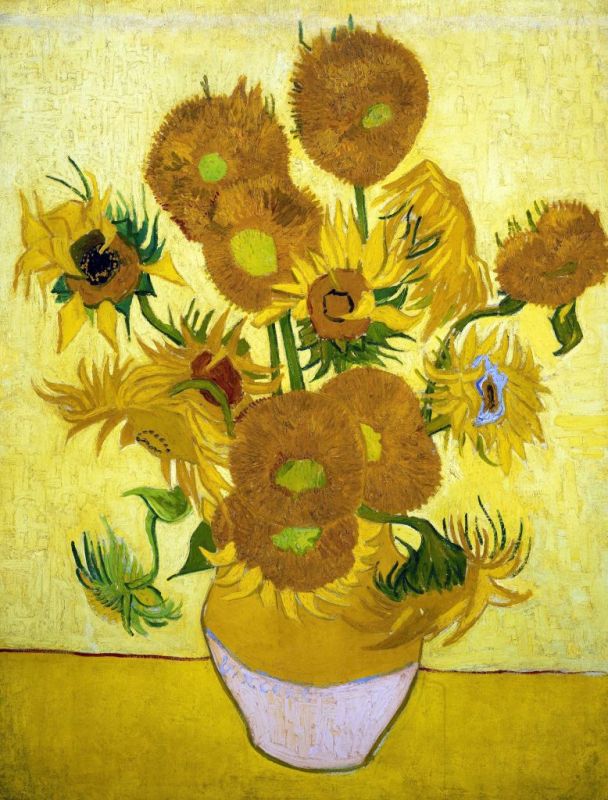 While staying at that house in the south of France, Van Gogh became agitated on the eve of Christmas Eve and did himself harm. The theories behind why are myriad –  an absinthe bender, a fight with artist friend Paul Gauguin, receiving word his brother was engaged – but the what is not up for debate.

Using the razor from his small dressing table, Van Gogh removed his entire left ear – not just the lobe. Then, beret on his head and severed earlobe wrapped in paper in his hand, Van Gogh went to a nearby brothel where he’d been a regular customer and gave the appendage to a young prostitute. She fainted on the spot at the sight of the ear and an Gogh fled, eventually winding up in the hospital under the care of Doctor Félix Rey. 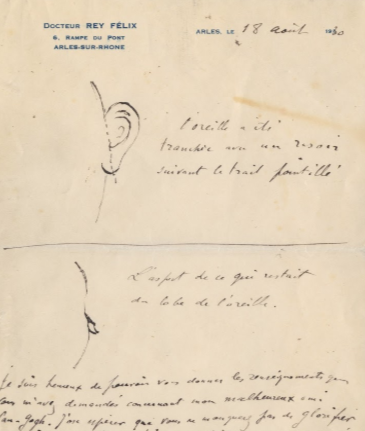 Though he believed Van Gogh was suffering from a form of epilepsy caused by too much coffee and alcohol and too little food, Dr. Rey never made an official diagnosis. He also never got the reason why Van Gogh had harmed himself. “When I tried to get him to talk about the motive that drove him to cut off his ear, he replied that it was a purely personal matter,” Rey said.

Once back home from a two-week stint in the hospital, Van Gogh produced two self-portraits with his bandaged ear as well as a still life with onions. 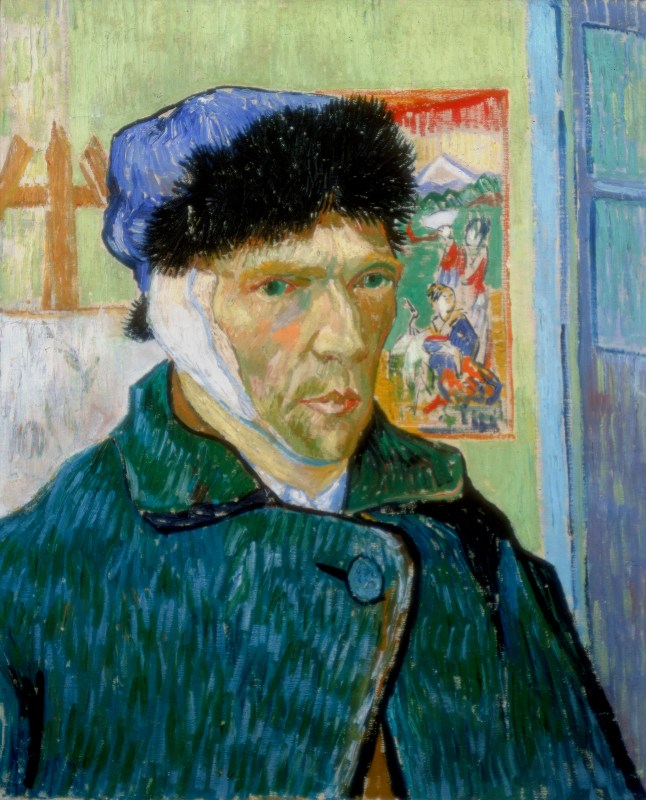 ‘Self-Portrait with Bandaged Ear’, 1889. Vincent van Gogh (1853-1890) painted this self-portrait after a quarrel with fellow artist Paul Gauguin (1848-1903) at Arles during which he threatened Gauguin with a razor. In remorse, he cut off part of his own ear. From the collection of the Courtauld Institute, London. (Photo by Art Media/Print Collector/Getty Images)
Getty 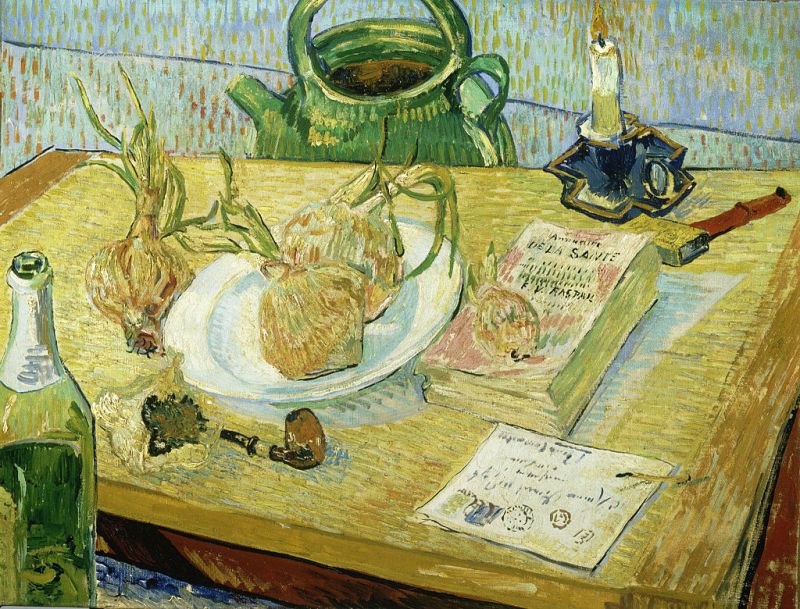 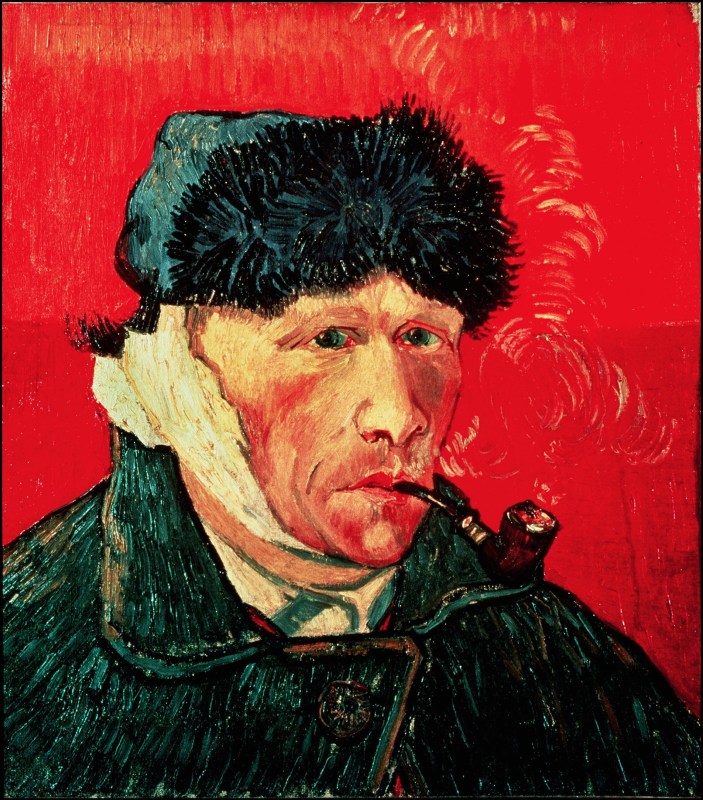 His return to work was short-lived however as new breakdowns where Van Gogh was confused and did not know what he was doing or saying swiftly followed and he was readmitted to the hospital.

Things got so bad that a petition seeking to ban Van Gogh from the Yellow House was circulated in his neighborhood. In the spring, he voluntarily admitted to himself to the Saint-Paul-de-Mausole psychiatric hospital in Saint-Rémy where he would spend the next year.

While in the asylum, he continued to paint and to suffer attacks. 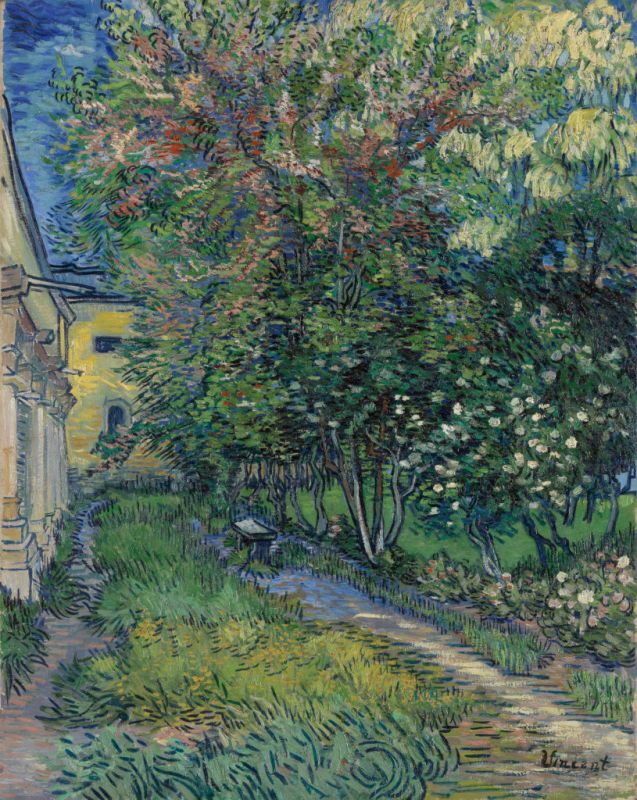 The garden at the asylum at Saint-Rémy, 1889. Found in the Collection of Kröller-Müller Museum, Otterlo. (Photo by Fine Art Images/Heritage Images/Getty Images)
Getty Images 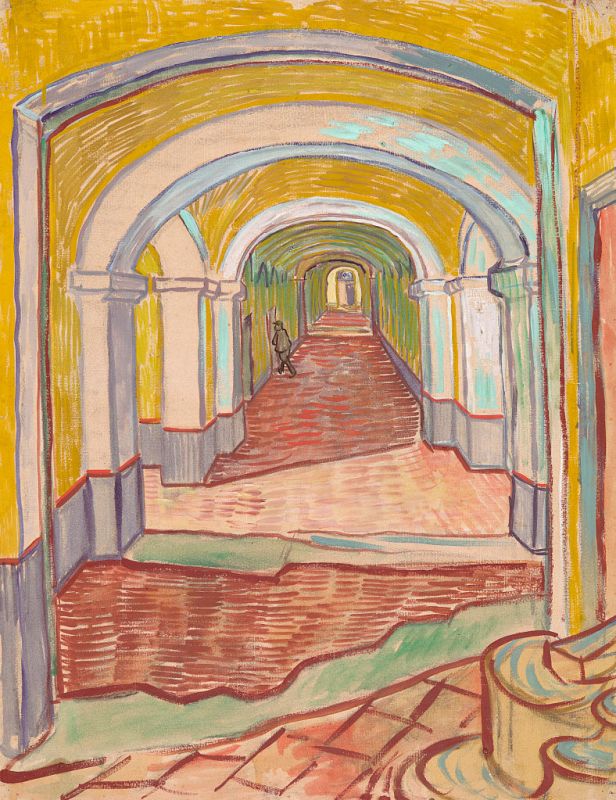 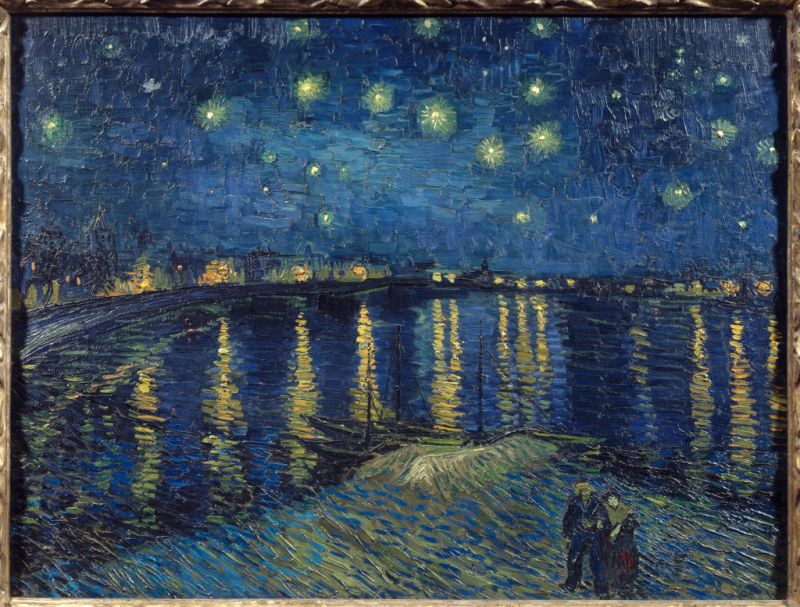 Following a year at the asylum and fearing he would never recover, Van Gogh moved to a village near Paris and painted constantly. Sadly, the work did not help heal Van Gogh’s spirit and after four months in the village Van Gogh fatally shot himself in a cornfield at Auvers-sur-Oise on July 27, 1890. He died two days later at age 37.

“Ah well, I risk my life for my own work and my reason has half foundered in it,” Van Gogh wrote to his brother earlier in July. 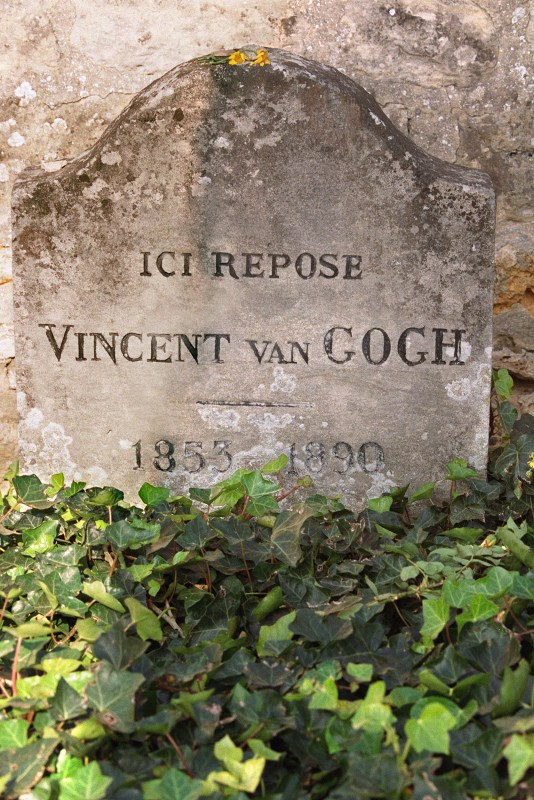 Photo taken 12 October 2002 in Auvers-sur-Oise, a small village north of Paris, of the gravestone where Vincent Van Gogh lies. Vincent Van Gogh moved in Auvers-sur-Oise in May 1890 after spending a year at the asylum in Saint-Rémy. The works Vincent produced in Auvers would be among his best loved. (Photo credit should read PIERRE-FRANCK COLOMBIER/AFP/Getty Images)
AFP/Getty Images

Whether it he was bipolar, psychotic, schizophrenic, or something else entirely, it seems clear Van Gogh’s mental state was not a healthy one.

Coincidentally, that may be one of the reasons why we view his art so favorably due to something researchers have dubbed the “eccentricity effect.”

In a 2014 study, researchers showed participants Van Gogh’s “Sunflowers” painting. Half were told the ear story and the other half were not.  Those who heard about Van Gogh’s madness seemed to have the opinion it improved the painting. “As predicted, the art was evaluated more positively when Van Gogh’s eccentric behavior was mentioned,” wrote the authors of the study.

Ironically, Van Gogh himself did not share that same feeling.

”There is evidence in his letters that he didn’t view these problems that were visited upon him as enhancing his creativity but rather was very worried that his peaceful periods of accomplishment would be stolen from him.”

Though history doesn’t view it the same way, it seems Van Gogh, who sold only a single painting in his lifetime, saw himself as simply tortured, not a tortured artist.

“In history a lot of people diagnosed as mad were misunderstood,”  Dr. Roy Porter, professor in the social history of medicine at the Wellcome Institute for the History of Medicine in London, told the NYT. “Every artist who is trying to push past the frontiers sees himself as a misunderstood or romantic genius. This myth has sustained the artist. But the person who is genuinely mentally ill doesn’t have that comfort.”