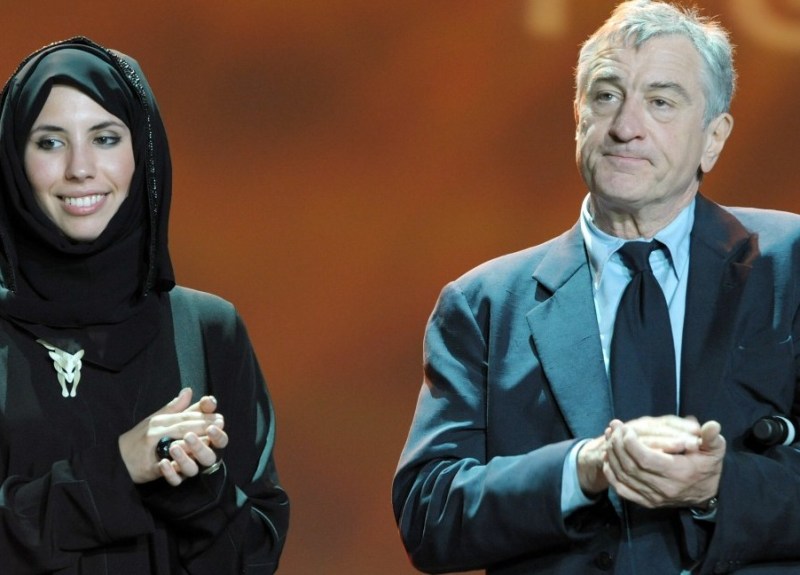 Just 32, Sophia Al-Maria has already written a celebrated memoir (The Girl Who Fell to Earth) and her artistic interests include everything from sculpture to science fiction. (She’s most recognized for her films: through October 31, New York’s Whitney Museum is hosting her first solo exhibition in the United States: “Black Friday.”)

Of course, much of the interest in Al-Maria centers on a life spent “ping-ponging” back and forth between her Bedouin father’s native Qatar and her mother’s home in the state of Washington. She has said she’s grateful for the access she’s had to both worlds, particularly Qatar: “I would listen to pop music on the radio that I didn’t hear in the States, I would have access to technology, to video games, to pirated films, to Indian and Chinese and European stuff.”

Yet Al-Maria is also aware of how the two worlds often clash. Her film “For Your Eyes Only”, depicting a group of Qatari women getting ready for a wedding, triggered a public controversy in New Zealand when she banned men: “It was in a side-room where only women and young children were allowed to go, the same way that there would be that sort of safe space at a wedding in the Gulf.” (She notes there was no criticism when the artist Marina Abramovic placed a ban on men for a 2012 show, suggesting that Islam is the difference between the two reactions.)

Of course, there are also more mundane concerns to handle, which is why Al-Maria makes time to write for television: “Video art does not pay.”