Want to do more than vote? Start here. 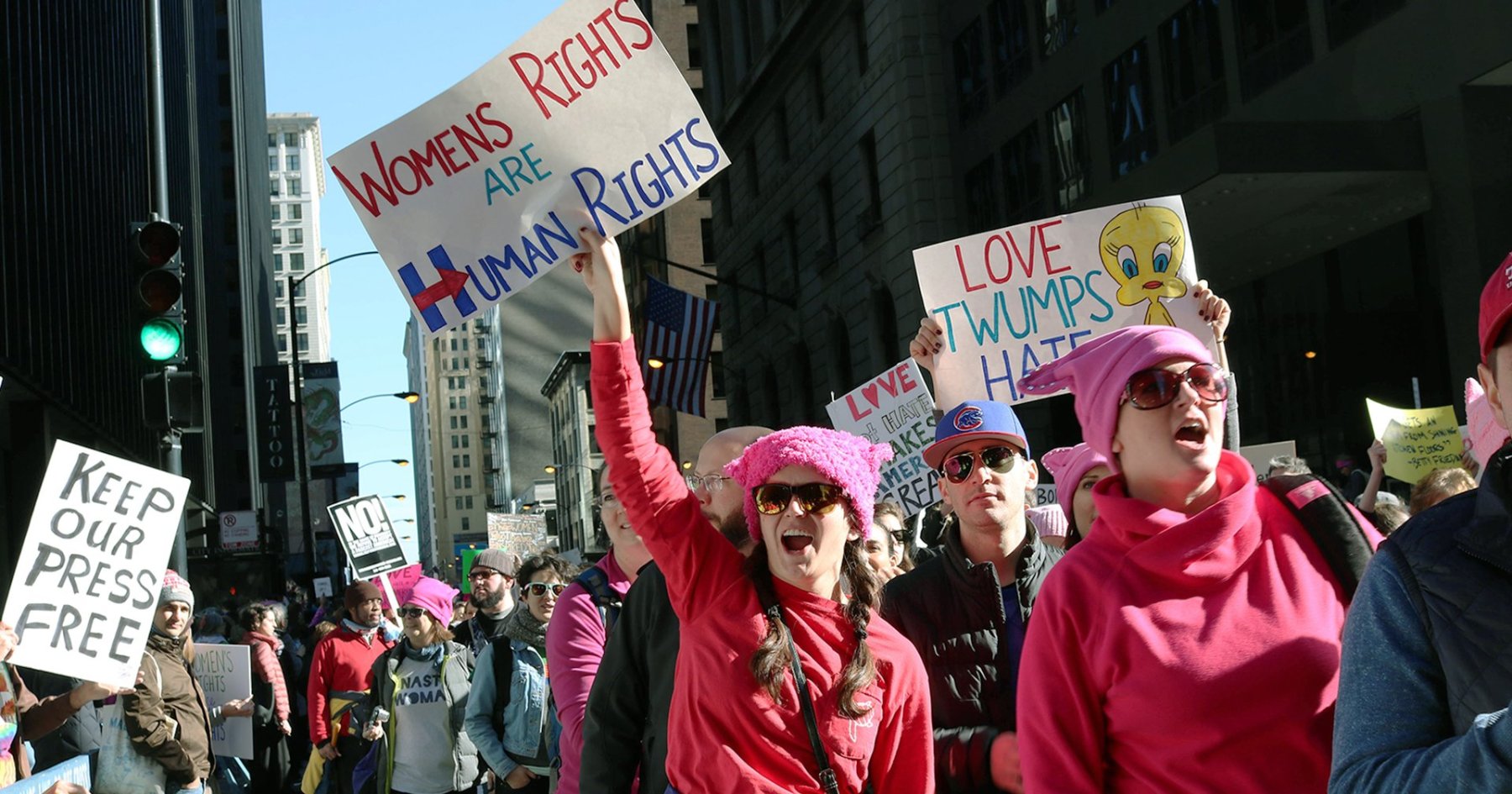 It’s officially been one year.

Yes, since Trump was elected.

But also since a few local women took matters into their own hands and organized the monumental Women’s March on Chicago.

Even though it was not officially affiliated with the national outfit, WMC was one of the largest in the country. The organizers expected around 45,000 marchers; 250,000 showed up.

We spoke with Radford — a 46-year-old marketing professional who now sits on the WMC’s board of directors — about her advice on getting involved in politics, the role of men in a women-led movement and what the next year holds.

You’ve got two options: let the stream of apocalyptic headlines beat you into submission. Or listen to Liz and get in the ring.

InsideHook: How did you get involved in the Women’s March on Chicago?
Liz Radford: After the election, like a lot of other folks, I was online. I was on a chat string. A few of us saw there was a posting for a Women’s March in D.C. and thought that was a great idea. There were three of us, and we didn’t even know each other. We decided to post a Facebook page in Chicago and by the Sunday night, we posted Saturday morning, I think we had about 1,500 people and ultimately we had 45,000 people on that Facebook page. It definitely blew up.

IH: What is your background in political engagement?
LR: I did a lot for Barack Obama’s campaign, especially the first time around. By a lot, I mean I live in Chicago and I went to Wisconsin maybe four or five weekends and canvassed there, supported in that way. I’ve done some activism like that. I don’t consider that extensive, so I haven’t done anything extensive until this point.

IH: Even a year later, there are a lot of people interested in getting more politically involved but haven’t taken that first step. What’s your advice?
LR: Number one, even just calling a representative is an action and people should be commended for that. I think there are — if you believe in a progressive society that is supportive of people and grants people equal access to resources and respects people as equals — so many different areas to work on.

People don’t have to worry about tackling more than they can handle or about being perfect, or even about understanding all the policy. You can learn that. And the only way to learn is to get in it. Just take a small step. People are happy to have you.

In terms of getting involved, I think a person should give some thought to what resonates with them. Interested in the environment? Gun control? Education for people who have few opportunities? Criminal justice reform? Getting rid of money in politics? Political reform? Once a person identifies what is interesting, seek out groups through social media and online.

Then, do something: Go to a meeting, go to an action planned by a group. See how you like it … You need to ask questions, do a little research, be willing to be vulnerable in stating what you’re looking to do. Be brave and ask people for names of other folks that are already involved and ask those folks if they can give you advice about how to get involved … It’s really important for people to be involved in community. 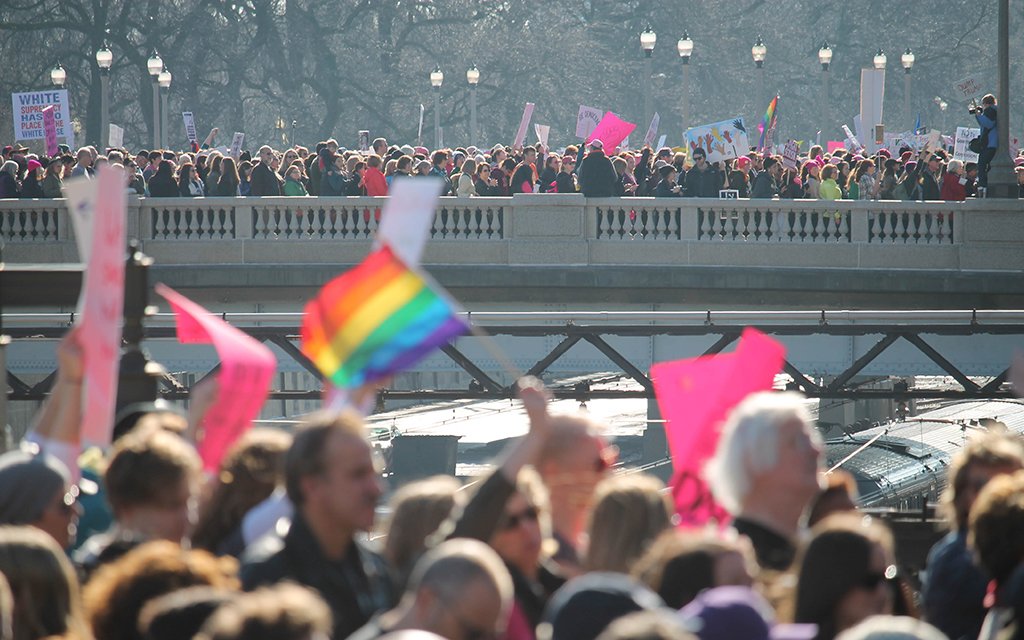 IH: A lot of people are experiencing political fatigue by simply reading the news. How can people overcome that and move towards involvement?
LR: Realize that being active in an actual community with other people is rejuvenating on a lot of levels, because you’re with others. So it can actually generate energy. That’s one reason I think people go to marches — they need energy and to hang out with like-minded folk. It kind of recharges them.

IH: What has been your experience with men being involved in a women-led organization? What are some dos and don’ts?
LR: We had a lot of great men allies and volunteers organize with the march. We had some offer graphic design support, some PR support. Actually my father was a march marshal. I was so proud of him in his bright green vest helping the crowd along. He was the biggest fan, it was wonderful. He was out there at 6 a.m. ready to go.

I think men are critical to assisting with the feminist movement. What I mean by “feminist” is simply equal treatment, you know? Equal autonomy over our lives, over our bodies, getting equal wages. It’s not too much of a leap of the imagination for men and women to work together as allies, just having that mutual respect and understanding. Men are definitely welcome and have been working with us.

The hot topic these days online is the #MeToo campaign. It’s important because it highlights the reality that women live with. Again, it’s fairly basic. If men are interested in helping eradicate sexism, it’s a matter of, when a friend makes a rude comment at a woman walking by, say, “Don’t do that.” It’s keeping that idea of equality and respect in mind in everyday life. 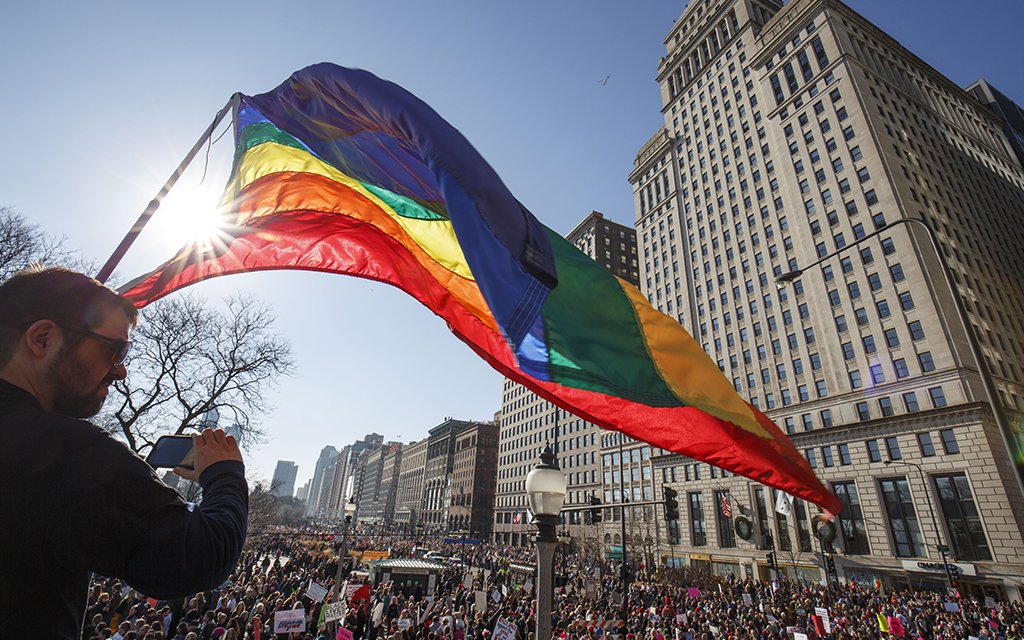 IH: After a crazy political year, what comes next?
LR: We’re really focused on 2018. We’ve got a big governor’s race in Illinois and then of course midterms. I think, as you said, a lot of people are burned out on politics and are very discouraged by the political system. I think it’s still important to recognize that everybody’s vote is a tool, and it’s a pretty powerful tool in this system.

In addition to our [March to the Polls] in January, which people will be able to volunteer for through our website, we will be doing a lot of “get out the vote” programming following the march up until November 2018.

IH: Looking back on this first year of a Trump presidency, is it better or worse than you expected?
LR: Honestly, nothing has really surprised me. It’s about how I thought it might go. One thing I think he did really well was clearly represent what sort of a leader he would be, and it’s just manifesting. It’s sad to say, but I’ve not been surprised by the leadership style, the treatment of other people, the ability to work effectively with people — there have been issues [with all of those things].

IH: Apart from WMC, what’s the issue you personally are most invested in?
LR: Personally, right now I’m most interested in seeing the Equal Rights Amendment passed at a national level. It’s about time women are afforded the same constitutional protections men are. 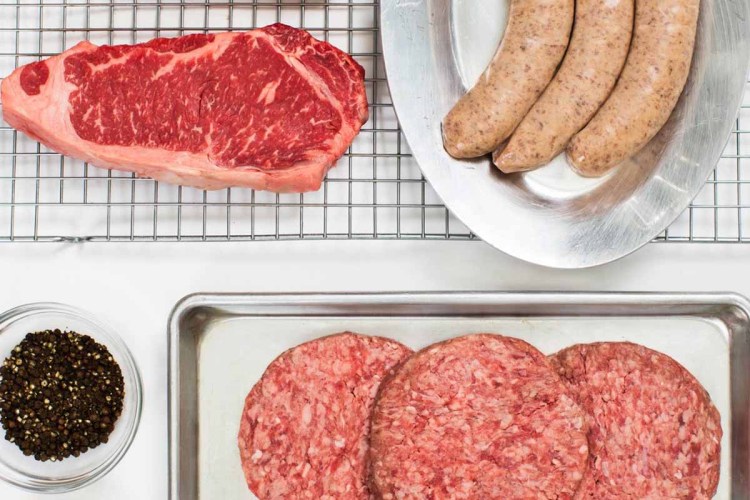