Rolls-Royce Set a New Speed Record With Their Electric Airplane

In fact, it may have set several

Two months ago, Rolls-Royce’s electric plane — the Spirit of Innovation — took to the skies in its debut flight. This month, it headed back into the air, setting a new record along the way. As Engadget reported, the electric plane set several records, in fact — pending confirmation from the Fédération Aéronautique Internationale, the global governing body handling air sports.

On their own, any of those records would be impressive. Taken together, they’re even more so. On Nov. 16, the Spirit of Innovation reached the speed of 345.4 mph over the course of three kilometers, substantially exceeding the previous record by 132 mph. It also reached a maximum speed of 387.4 mph.

The previous speed record by an electric plane was held by the Extra 330 LE, which makes use of a Siemens engine.

That achievement wasn’t the only landmark for Rolls-Royce’s entry in the growing field of electric planes. Their plane also reached a height of 3000 meters within 202 seconds, and achieved a speed of 330 mph over the course of 15 kilometers.

The Spirit of Innovation utilizes a powertrain capable of over 500 hp, and was a collaborative venture — including battery makers Electroflight and the government/industry partnership Aerospace Technology Institute.

“Flying the ‘Spirit of Innovation’ at these incredible speeds and believing we have broken the world-record for all-electric flight is a momentous occasion,” said Rolls-Royce Director of Flight Operations Phill O’Dell, who flew the plane during the groundbreaking flight. “This is the highlight of my career and is an incredible achievement for the whole team.” And it might well help change the face of air travel along the way. 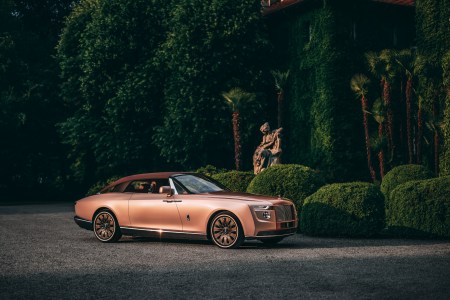 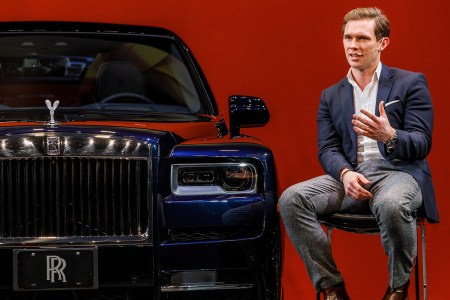 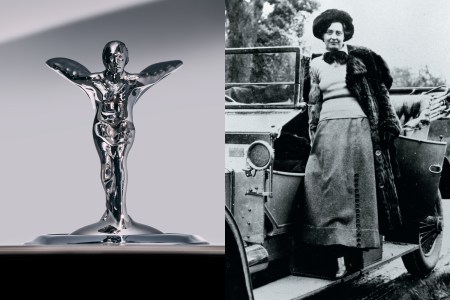 The Scandalous and Tragic History Behind Rolls-Royce's Spirit of Ecstasy