Harley-Davidson Is Going Back to Its Real Roots: Bicycles

Will the latest EV move bring in new riders or alienate old ones?

Harley-Davidson is synonymous with motorcycles, so much so that some Americans grow up referring to all motorcycles simply as “Harleys” (like some refer to all soda as “Coke”). But if you go back to the first entry in the company’s history, as documented on its website, it reads: “William S. Harley, age 21, completes a blueprint drawing of an engine designed to fit into a bicycle.” And now, it looks like Harley is going back to its roots — its real roots.

As Electrek reported last week, Harley unveiled a line of three electric bicycles at its 2020 Dealer Meeting this August. That’s right: Bicycles. We’ve been expecting more EV offerings after the electric LiveWire motorcycle — which we tested and will be arriving at dealers in September — but this is a huge transition for a company that’s built its legacy off gas-guzzling, exhaust-spewing, open-road hogs. The question becomes: Will this avenue keep Harley alive?

It’s a complicated question, and one that has to take into account everything from the old-school bikers who pine for Harley’s glory days, the market competition for “the last mile” and the proliferation of new electric vehicles. It’s so fraught that Forbes spent about 1,000 words discussing it.

The article in question begins by saying the move into electric bicycles “will certainly cause more furrowed brows and some harsh language from the Harley Faithful.” But the thing is, anyone paying attention to Harley has known ebikes were coming down the pipeline, we just didn’t know what they would look like. A year ago, when the brand announced that the LiveWire would launch in 2019, they also said “a broader range of electric models” were on the way — and that announcement included concept sketches that looked more like bicycles than motorcycles (albeit heftier than the ones in the new photo).

So what do we know about the e-bicycles that are supposedly “coming soon”? All the company is saying at this point is what’s on its website, “Harley-Davidson’s first electric pedal-assist bicycles are light, fast, and easy for anyone to ride. Designed to shine in urban environments, this all-new line of eBicycles is just one more example of how Harley-Davidson’s More Roads initiative is actively working to inspire a new generation of two-wheeled riders around the world.”

In other words, they’re keeping tight lipped until these are closer to production. But expect more details sooner rather than later. While other vehicle manufacturers are making general claims about speeding up electrification, Harley already has a proven track record, moving up the LiveWire to 2019 after initially setting a release date of 2021.

While it’s easy to guffaw when confronted with “light, fast and easy” electric bicycles from Harley, the company is one of the few that seems to be smartly and successfully navigating the minefield of EVs. They’re working on vehicles for everyone, including its diehard fans (electric motorcycles that are cheaper than the LiveWire are on the way) and new generations that have never even considered getting a motorcycle license. And these new e-bicycles look to be just one more stepping stone to their comeback. 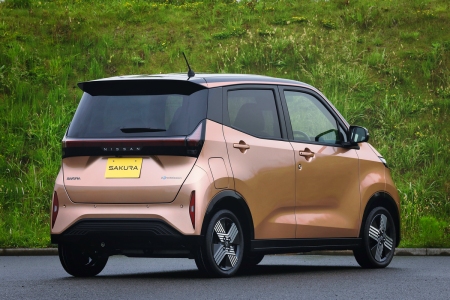