With America back in the mix, high-polluting countries throughout the world will need to take climate action more seriously

When President Donald Trump decided to pull the United States out of the Paris Agreement back in 2017, the earliest date the country could officially leave was Wednesday, November 4, 2020 … the day after the latest election. But with President-elect Joe Biden’s victory, America will now immediately rejoin history’s most important climate accord this January.

Ultimately, the nation’s half-baked departure was just a colossal waste of time — which is the one thing we have very little of in our fight to get climate under control. But now, at least, the States can set their sights again on the agreement’s primary goals: limit warming to below 3.6 degrees Fahrenheit above pre-industrial levels, and limit the increase to 2.7 degrees Fahrenheit. An astonishing 197 countries, even war-ravaged Syria, signed the agreement when it was drafted; 179 of those have had their climate proposals approved. Every nation involved agreed to report regularly on its contributions to that cause. Setting zero-emissions target dates was also encouraged.

It was a huge deal when America betrayed that agreement. Why — Australia, Brazil, India or Saudi Arabia wondered — would we continue to respect these accords when the United States, the second-highest fossil fuel-polluting nation on the planet (after China) has no intention of doing so? President Biden’s “day one” agenda to rejoin Paris, climate experts hope, changes that narrative, and not just for governments across the globe, but for the private sector, too. The Paris Agreement is at its most successful when organizations use its research as a science-backed imperative for changing how they conduct business.

Post-pandemic, this could be particularly relevant for the travel industry. Consider: if it were a country, global aviation would rank in the top 10 for greenhouse gas emissions. Business travel — with its premium cabins and compressed flight schedules — is increasingly viewed as one of the most questionable forms of travel going forward. Companies (many of them American) looking to conduct operations in line with the Paris Agreement, and mollified by a year of productive video conferencing, are already starting limit business travel in the future, thereby cutting down on emissions.

Businesses might also consider looking into practices like carbon budgeting or offsetting for their employees, though researchers have pointed out that planting trees (which take years to absorb carbon dioxide) aren’t an obvious immediate solution for meeting plane emissions. Whatever solutions come into vogue, they will most likely link back to the Paris Agreement. The goals — and the science — have been there for years. They just work a little better when the nation with the world’s biggest economy doesn’t turn its back on them. 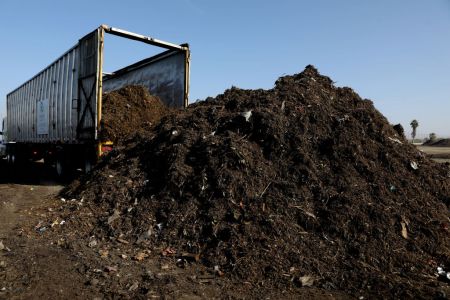