What Can We Expect From Elon Musk’s “SNL” Episode?

Cast members could reportedly opt out of the episode

We’re now less than a week away from what might well be the weirdest Saturday Night Live in years, when the cast is joined by guest host Elon Musk. Musk himself seems to be aware of the unique position he’s in, taking to Twitter to suggest sketch ideas, all of which suggest that the episode in question could be a long night.

Musk being one of the handful of non-entertainers to host the show is rare enough on its own, but what’s also notable is the possibility that some of the show’s cast members could sit out the episode. Page Six reports that cast members unwilling to act opposite Musk won’t have to. According to an anonymous source who spoke to Page Six for the article, SNL producer Lorne Michaels “won’t ever make them do anything they don’t want to do.”

The announcement that Musk would be hosting the show prompted several cast member and staff writers to express their frustration via social media. A recent article at the Independent collected a few of these, including some Instagram stories from Bowen Yang (including one of a sad-face emoji after the announcement) and Aidy Bryant, who quoted a tweet from Bernie Sanders about wealth inequality in contemporary America.

The Independent article notes that these posts are no longer up — though whether that’s because they reached their built-in expiration date (Instagram stories are set to vanish after 24 hours) or were taken down isn’t clear. Will Musk appear alongside the full cast of SNL next weekend, or will things look a little different than usual? It’s not entirely uncharted territory for the show, but it’s certainly a change of pace. 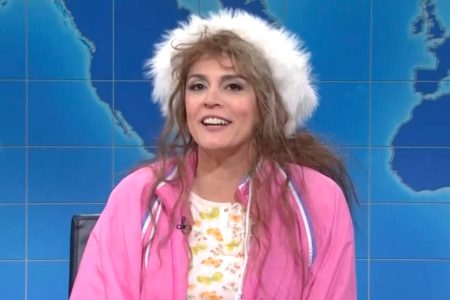