A loser on Sunday, Tom Brady was all smiles on his podcast.
Douglas P. DeFelice/Getty
By Evan Bleier @itishowitis

In the latest edition of the Let’s Go! podcast with host Jim Gray and special guest Snoop Dogg, Tom Brady, who has been throwing tablets and tantrums at a record-setting pace this season for the 6-8 Tampa Bay Buccaneers, seemed to get a touch of the holiday spirit when the topic of the embarrassing manner in which the Patriots lost to the Raiders on Sunday was introduced.

Brady started off talking about the joyful scenes coming out of Argentina on Sunday after the country won the World Cup with a victory over France and somehow managed to work his way to what happened with his former employers later on in the day in the Las Vegas desert.

“In America, our sporting events bring so many people together. It’s great to see,” Brady said. “Everyone feels a part of it. It’s live. It’s in the moment. [There’s] very emotion…I was watching the Raiders game and I saw that last play. It’s like, ‘Oh my god, it’s so bad’ and ‘Oh my god, it so good.’ Where else in life do things like that happen? I’ve been on the winning end of those. I go crazy. You don’t even know what to feel.”

After a brief interlude speaking with Snoop during which the rapper revealed he’s never met Michael Jordan because he’s a fan of the Lakers, the 45-year-old quarterback brought it back to “the worst play in football” almost joyfully.

“That was crazy. I was part of the one in Miami when we lost on the ‘Miami Miracle.’ It was so improbable for that to happen,” he said. “I saw the highlight while I was driving home from the game. It’s just sports, man. You never know. Anything can happen. It’s the coordination of so many people. The quarterback gets the play call from the coach. The quarterback gives the information to the players. Now the players have to do something with it while the coaches are talking to everybody. You try to prepare in advance, but it’s a crazy game.” 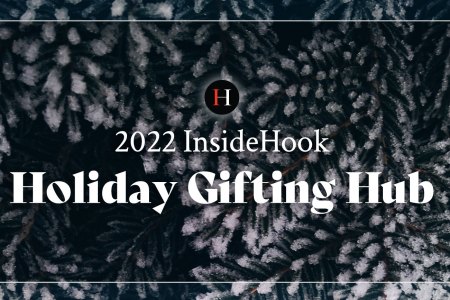 Finally, a jubilant Brady got to his analysis of the play itself. (Much like he will next year for Fox?)

“Rhamondre got the ball and had a great run. I’m sure the Raiders wanted to tackle him, but then he pitched it to Jakobi and he’s trying to make it happen,” he said. “Next thing you know, Jakobi…you might lose your train of thought because you lose what’s really going on in that situation. You think, ‘Someone tossed me the ball and I have to make a play.’ Sometimes that’s the worst thing, thinking that you have to make a play. The play was obviously to go to overtime, but that’s sports.”

While Brady didn’t say anything particularly inflammatory, this was a classic case of “it’s not what they said, but how they said it.” For a guy who has (almost) everything, all Brady may want for Christmas is another loss by the Patriots. Considering New England (7-7) has the Bengals (10-4) on tap on Christmas Eve, he’ll probably get it.