The New England Patriots' owner says he is "truly sorry" and has "extraordinary respect for women." 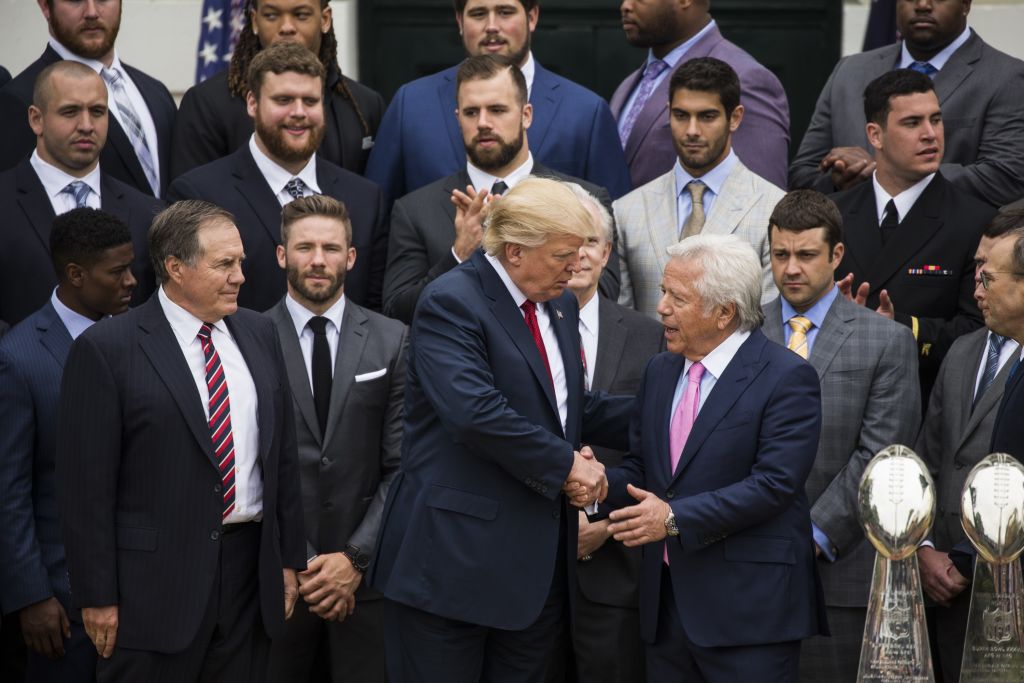 Four weeks after he was charged with two counts of soliciting prostitution at a Florida spa, New England Patriots owner Robert Kraft issued a public apology for his behavior but also contested the way the evidence against him was obtained.

In a statement released to the public on Saturday, Kraft said: ” I am truly sorry. I know I have hurt and disappointed my family, my close friends, my co-workers, our fans and many others who rightfully hold me to a higher standard.” He went on to say: “I have extraordinary respect for women; my morals and my soul were shaped by the most wonderful woman, the love of my life, who I was blessed to have as my partner for 50 years. As I move forward, I hope to continue to use the platform with which I have been blessed to help others and to try to make a difference. I expect to be judged not by my words, but by my actions. And through those actions, I hope to regain your confidence and respect.”

Kraft, along with 25 other men, were charged as part of a six month-long human trafficking investigation by the Jupiter, Florida police department. The probe targeted several massage parlors and spas and allegedly has video evidence that Kraft was involved in sex acts with the staff at the Orchids of Asia Day Spa. The alleged acts occurred on the day before and morning of the 2019 AFC Championship Game in January.

Despite his apology, Kraft denies engaging in any illegal activity, and in a statement to ESPN, his lawyer, William Burck, challenged the police’s right to gather evidence against Kraft: “There was no human trafficking and law enforcement knows it. …The state attorney needs to step up and do the right thing and investigate how the evidence in this case was obtained.”