Would Jordan really have kept quiet about being poisoned for more than 20 years? 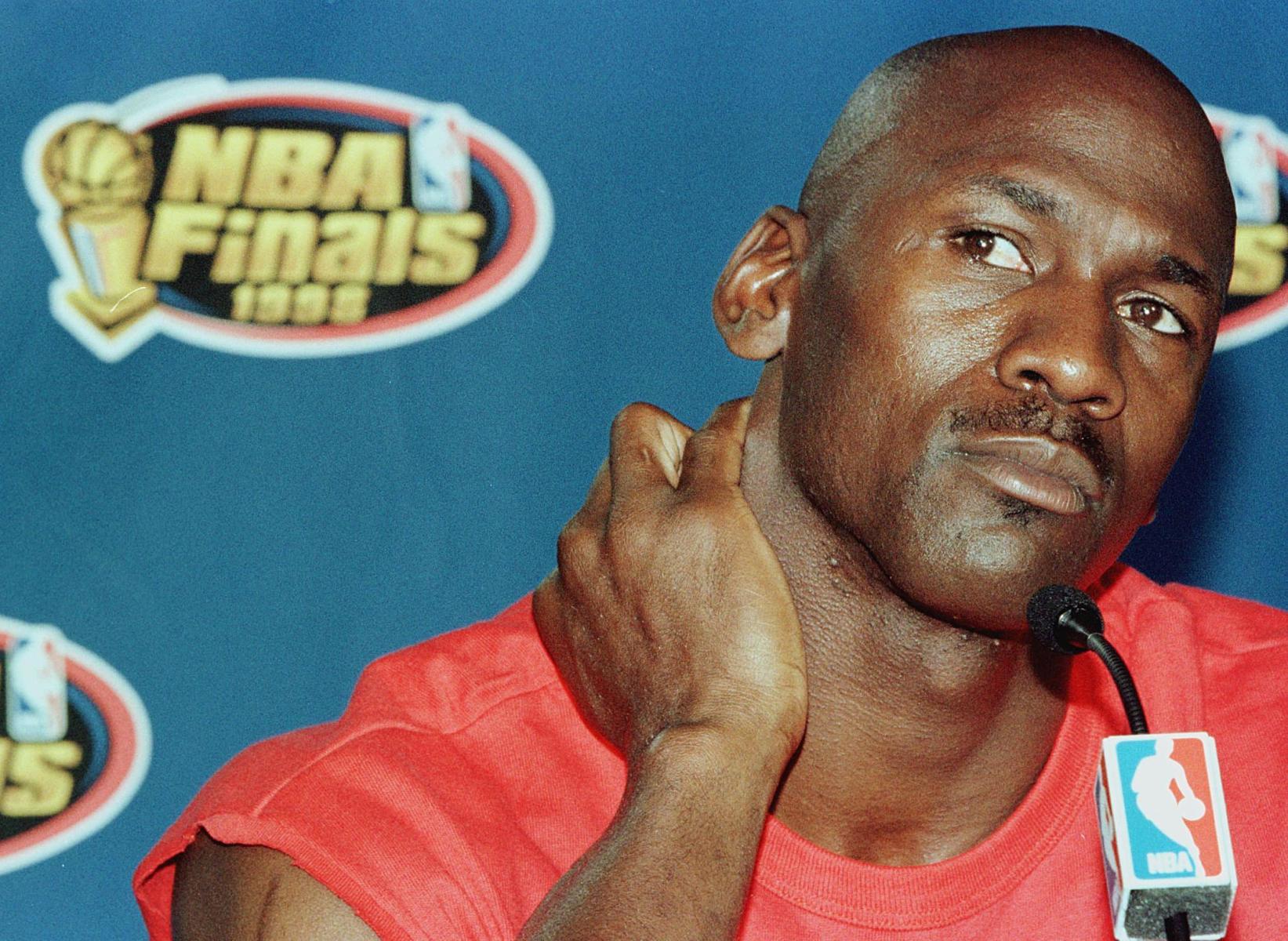 Michael Jordan listens to a question at press conference at the 1998 NBA Finals.(Getty)
JEFF HAYNES/AFP via Getty Images
By Evan Bleier / May 19, 2020 1:47 pm

During the last two-part installment of ESPN’s The Last Dance, Michael Jordan and his former trainer Tim Grover revealed that his legendary “Flu Game” during the 1997 NBA Finals against the Utah Jazz should really be known as the “Food Poisoning Game.”

To recap, Jordan and Grover asserted that His Airness got hungry the night before a Game 5 of the ’97 Finals and attempted to get room service. But, somehow, even though it was only 10:30 at night, the hotel couldn’t get an order together for Jordan (uh, what?), so they were forced to order a pizza from the only restaurant that was open in Salt Lake City. As the story goes, five guys showed up to deliver the single pizza and, after eating the entire thing by himself, Jordan got food poisoning in the middle of the night.

On its face, the story seems a little fishy and the guy who claims he made the pizza, Utah-based Bulls fan Craig Fite, refuted Jordan’s claims there was anything wrong with the pie after the episode aired. Fite also claims he delivered the pizza by himself, solo. An assistant manager at Pizza Hut at the time, Fite didn’t usually personally make or deliver pizzas, but made an exception in this case to ensure nothing went wrong with the order, he told 1280 The Zone’s The Big Show.

Whether you believe Fite or not, there’s a reason not to believe Jordan: he’s lied before. In the eighth episode of The Last Dance, viewers are told the story of when Washington Bullets rookie LaBradford Smith scored 37 points against the Bulls in a loss. Afterward, Smith supposedly put his arm around Jordan and said, “Nice game, Mike.”

With the teams set to play again the next night, Jordan vowed vengeance. “He said [on the plane], tomorrow, in the first half, I’m going to have what this kid had in the game,” former Bull B.J. Armstrong recalled in the show. “I’ve never seen a man go after another player the way he did.”

Using Smith’s slight as motivation Jordan scored 36 in the first half of the next game against the Bullets. Impressive, especially when you factor in that Jordan made it all up.

"A couple of writers went up to Michael and said 'did this happen?' And Mike, with a smile said 'no. I made it up."
– Mike Wilbon https://t.co/btSpkbCTpo

No big deal, but if he’d fib about something like that, why wouldn’t he lie about the pizza?

Prior to this, there were always rumors that Jordan wasn’t sick before the game, and was actually just hungover.  Those don’t sound all that crazy when you consider what Jordan himself said he did on the morning of a game against the Jazz in Utah during the NBA Finals the following year.

“I got up, I stretched, had a couple beers, played the piano, one cigar,” Jordan said at shootaround.

And, as Last Dance viewers saw after the Bulls won the championship, the piano Jordan was talking about was in his room, not in the lobby or hotel bar.

Are we really supposed to believe that Jordan went from staying in a hotel where he couldn’t get room service one year to staying in one where he had a piano in his room the following year? And, even if that part of it is true, are we supposed to believe that a sober Jordan devoured an entire pizza by himself? Sober people in the kind of shape Jordan was in at that time don’t eat entire pizzas. Drunk people, or Charles Barkley, might.

At this point, there’s really no way to know for sure who is telling the truth but, based on everything we know, if Jordan’s revamped Flu Game story gives you a funny feeling in your stomach, we can see why.