NHL’s Stick Supply Is Dwindling Due to Coronavirus

About 75 percent of the NHL's sticks are manufactured in China 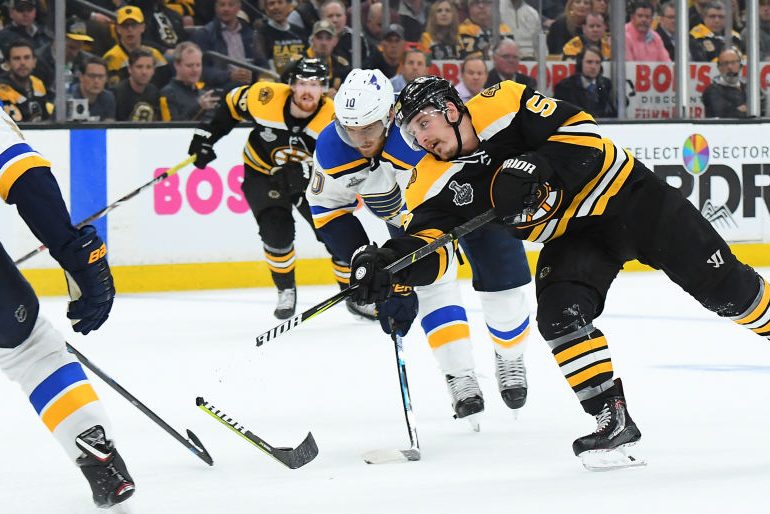 Noel Acciari has his stick broken against the St Louis Blues. (Brian Babineau/NHLI via Getty)
By Evan Bleier / February 10, 2020 10:23 am

Many American industries have been forced to deal with ripple effects from the coronavirus outbreak halting work and travel in China and the NHL is no different.

The NHL’s main stick suppliers, New Hampshire-based Bauer and Montreal-based CCM, equip about 75 percent of the league’s players with their most important piece of equipment.

Though they are based in North America, Bauer and CCM both manufacture their sticks in small batches at Chinese factories and, thanks to coronavirus, production has slipped.

While it won’t affect sticks that are available for retail purchase, it’s an issue for NHL players who typically have at least three sticks available every time they hit the ice and often keep a few dozen in storage.

Though hockey managers disputed that there is a “major shortage” of sticks as NBC Sports analyst Pierre Maguire reported during Thursday’s Sabres-Red Wings broadcast, they did concede there is cause for concern, according to The Boston Globe.

Unless Bauer and CCM can find an alternative, more NHL players made be forced to make the switch to Warrior, which manufactures its sticks in Mexico and already counts 22 percent of the league as clients.

“We’re open for business,” Dan Mecrone of Warrior told The Globe. “We’re prepared for anything that comes our way. You don’t like to take a situation like this where it’s a health scare and there’s a lot of concerns out there. From our perspective, we will take any type of business that came our way to help out the situation as well. We would be helping the game if we can provide the equipment that others couldn’t.”

Read the full story at The Boston Globe