Placed on leave in the middle of the 2021 season and then suspended in April of 2022 by Major League Baseball because of sexual assault and domestic violence allegations, Los Angeles Dodgers pitcher Trevor Bauer appealed his ban from MLB and an arbitrator ruled late last month he should be eligible to be reinstated to baseball immediately.

“While we are pleased that Mr. Bauer has been reinstated immediately, we disagree that any discipline should have been imposed,” his agent Rachel Luba said at the time. “Mr. Bauer looks forward to his return to the field, where his goal remains to help his team win a WS.”

The Dodgers, who are one of the favorites to win the World Series in 2023 along with the Astros, Yankees and Mets, have until the end of Friday to decide whether they want to hold onto Bauer for the 2023 season or release his rights and let him sign with whatever team is willing to take him.

It’s an interesting decision for the Dodgers to make as no matter what they decide, they will be on the hook to pay Bauer the $22.5 million he is due for the final year of his three-year contract with the ballclub. Even if the Dodgers release Bauer and he signs with another team (the minimum he would cost is $720,000), his compensation with the new ballclub would simply offset the amount he is due to receive from Los Angeles. 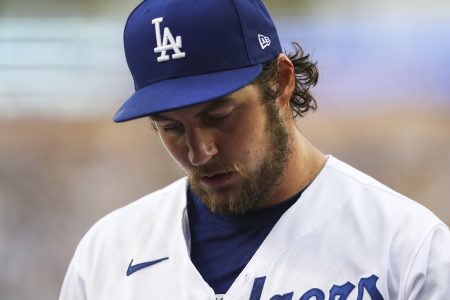 “Under a policy agreed to by MLB and the players’ association, and the nature of guaranteed contracts in baseball, a club cannot release a player without pay after he serves a suspension. This would be considered double punishment,” according to The Wall Street Journal. “The Dodgers can release Bauer without consequence if they fulfill their contractual obligations to him. Doing so would also mean potentially paying him to pitch against them, if another team wants to take him on their roster. “

“If you want to judge me for engaging in rough sex with a woman that I hardly knew, that’s OK,” Bauer, who has kept busy trying to ink college players to NIL deals, said in a YouTube video after that announcement. “In evaluating my life over the recent months, it’s clear that I’ve made some poor choices, particularly in regards to the people I’ve chosen to associate with. But I am not the person that this woman, her lawyers and certain members of the media have painted me to be.”

By the end of Friday, we should find out if the Dodgers believe him — and how much they are willing to lose if they don’t.