Clayton Kershaw of the Dodgers pitches during Game 5 of the 2020 World Series.
MLB Photos via Getty Images
By Evan Bleier @itishowitis

After allowing just a pair of runs over 5 2/3 innings, Clayton Kershaw has the Los Angeles Dodgers 27 outs away from the franchise’s first championship since 1988.

Behind Kershaw, who is now is 4-1 with a 2.93 ERA in 30 2/3 innings this postseason with 37 strikeouts and just five walks, the Dodgers rolled to a 4-2 win over the Tampa Bay Rays in Game 5 of the World Series. In the win, Kershaw set the record for postseason strikeouts (207), surpassing Justin Verlander’s previous mark (205).

The 32-year-old hurler also prevented the Rays from tying the game and escaped from a fourth-inning jam with a quick reaction when Manuel Margo attempted a rare steal of home plate.

“He’s a phenomenal pitcher on the biggest stage,” LA reliever Blake Treinen said of Kershaw. “I think a lot of credit goes to what he’s been able to do in this World Series for us.”

When the series resumes tomorrow night with Tampa needing a victory to force a deciding Game 7, the Rays will send 2018 AL Cy Young Award winner Blake Snell to the hill. Snell struck out nine in 4 2/3 innings when the Rays won 6-4 in Game 2 last Wednesday. Los Angeles hasn’t announced a Game 6 starter and may go with a bullpen game.

Thirty of the previous 46 teams to win Game 5 for a 3-2 lead in the World Series have won the title, but just six of the last 14. Teams that wasted 3-2 leads include last year’s Houston Astros. 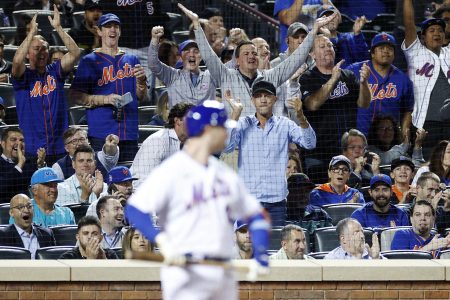 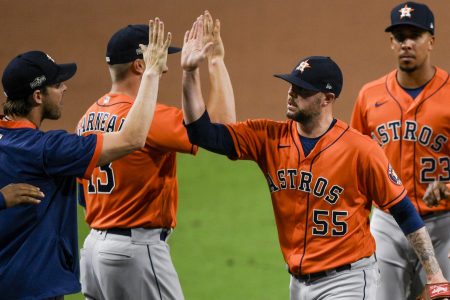