California Voters Passed Proposition 22, Which Could Set an Ominous Precedent for Uber Drivers

A proposition to classify app-based drivers as contractors passed in CA
REDERIC J. BROWN/AFP via Getty Images
By Kirk Miller

Ride-share drivers will be classified as independent contractors in California after Proposition 22 passed on Tuesday night, marking a huge victory for companies like Lyft and Uber.

The voter-passed proposition exempts drivers from a California law that would have classified them as employees. As Recode reports, this is a “serious loss for gig workers hoping for stronger workplace protections as well as labor advocates in other states hoping California could become a model for gig economy reforms.”

Without a win in California, it’s unlikely a similar employee classification bill would pass in many other states. At risk: Sick leave, healthcare and wages that hit or go above the state’s minimum wage.

Meanwhile, a coalition called Yes on 22 — which received extensive backing from Lyft, Uber and DoorDash — hailed the vote and argued that ride-share and delivery drivers across the state “will be able to maintain their independence, plus have access to historic new benefits, like a minimum earnings guarantee and health care.”

The fact that 22 passed “with strong support from Democrats, Republicans and Independents” (as the Yes on 22 site suggests) does accurately note the measure had fans on all sides of the political spectrum and even amongst some drivers, though an actual breakdown of who voted for or against it isn’t readily available.

As Yahoo Finance notes, even with the passage of Prop 22, the ride-share companies would still be compelled “to provide additional benefits to employees that are similar to those offered by California’s labor laws” and require those companies to cover insurance for on-the-job injuries. 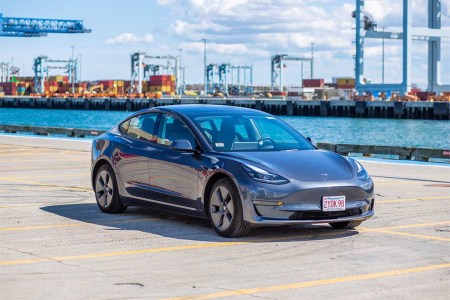