No, 5G Technology Isn’t Going to Give You Cancer

Radio waves actually have a "protective effect of human skin"

A physicist who was hired by a Miami-area school district in 2000 to consult on potential health risks associated with wireless networks concluded that the newly emerging technology was, “likely to be a serious health hazard,” with increased internet frequencies leading to higher doses of radiation absorbed in the brain, The New York Times reported.

His name was Bill P. Curry and he believed that wireless internet access would cause tumors to grow in everyone’s brains at warp speed — and he convinced everyone else, too. Which brings us to today, with our prevalence of internet-enabled devices, many of which can and will run on 5G networks. But, as the Times reported, Dr. Curry got it wrong. Electromagnetic waves actually become safer at higher frequencies, “not more dangerous.”

When Curry was reviewing his lab results, it appears he got the data backwards. Radio waves actually have a “protective effect of human skin,” according to the Times. As radio waves become higher, our skin forms a barricade of sorts between what could be harmful and our internal organs, shielding them from the outside.

“It doesn’t penetrate,” Christopher M. Collins, a professor of radiology at New York University who studies the effect of high-frequency electromagnetic waves on humans told the Times. Dr. Curry’s graph, he said, missed “the shielding effect.” 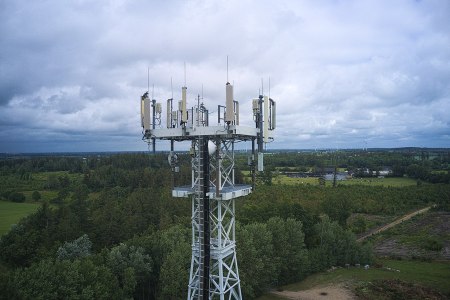