The Supreme Court has denied Martin Shkreli’s request to hear an appeal of his criminal conviction for securities fraud, CNBC reported.

Monday’s rejection means Shkreli will have to serve the remainder of his seven-year prison sentence, and forfeit $6.4 million to the federal government.

“We are disappointed by the court’s decision and continue to maintain that Martin was never treated fairly by any of the courts that have reviewed his case,” Shkreli’s lawyer Benjamin Brafman told CNBC. Brafman blamed Shkreli’s widespread public infamy for the rejection, adding, “Unfortunately, there is often a price to pay for notoriety. It is never helpful.”

Also rarely helpful? Continuing to run your old pharma company from prison with a contraband phone.

The former CEO of Turing Pharmaceuticals, Shkreli rose to infamy back in 2015 for jacking the price of the drug Daraprim by more than 5,000 percent.

The pharma bro, who curried further public disfavor thanks to his smug appearance before a congressional committee and bizarre social media feuds with the likes of Hillary Clinton and members of the Wu-Tang Clan, was convicted in 2017 of two counts of securities fraud and one count of conspiracy to commit securities fraud after a trial in U.S. District Court in Brooklyn. The charges were unrelated to Turing Pharmaceuticals.

Shkreli first appealed his conviction to the U.S. Court of Appeals for the 2nd Circuit. The appeal was denied in July, at which point Shkreli took it to the Supreme Court, where he has now also been told to get bent. 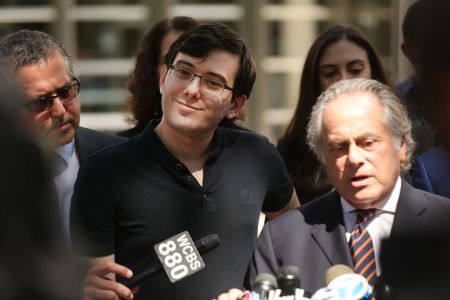 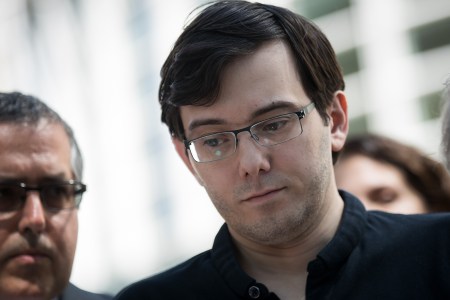