Could Kanye West Be Barred From Traveling to Germany?

The country takes a hard line against Holocaust denial

Last fall, the artist currently known as Ye (and previously known as Kanye West) traveled to Berlin and visited the city’s art galleries. In the year-plus since then, Ye’s dramatic public spiral has intensified, culminating in an appearance on InfoWars in which he declared his admiration for Adolf Hitler and denied that the Holocaust had taken place.

What do these two things have to do with one another? Well, Germany has very strict laws against making pro-Nazi statements or denying the Holocaust. (Neighboring Austria has similar laws in place.) This begs the question — if Ye decided to return to Berlin, would he be able to enter the country, or would his recent comments result in him being stopped before he could do so?

We asked the German Federal Foreign Office, which had no comment on the record. However, previous incidents involving prominent Holocaust deniers — a category into which, regrettably, one can now place Ye — offer some clues as to what he might encounter (or not encounter) should he attempt to return to Germany.

To cite one example, Germany did bar Holocaust denier David Irving from entering the country decades ago. However, this was due to a very specific series of comments that Irving made while he was visiting Munich in 1993 — not via the sum total of every hateful comment he’d made up until that point.

With that in mind, Ye could probably travel to Germany again, just as long as he doesn’t make any comments supporting Nazis or denying the Holocaust while he’s there. If he did do so, however, it could be his last trip to Germany for a long time. 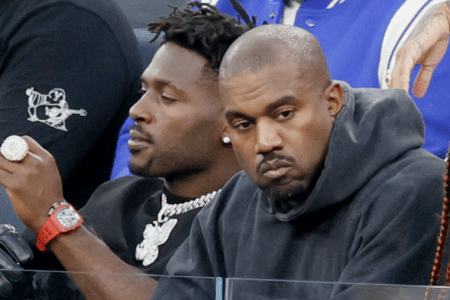