Technically, it's the first color photo of the Quarrymen

The Beatles onstage at the Cavern Club in February 1961 in Liverpool, England.
Michael Ochs Archives/Getty Images
By Tobias Carroll @tobiascarroll

It’s worth a reminder that Paul wasn’t the only artistic-minded member of the McCartney family coming of age in post-war Liverpool. His younger brother Mike was involved in a number of acclaimed albums over the years, and has also received plenty of notice for his work as a photographer. And, as budding photographers tend to do, the young Mike McCartney took plenty of images of the world around him — including of his brother and his brother’s bandmates.

And so, as The Telegraph reports, the younger McCartney recently came upon a photograph in his archives which is believed to be the first color photo of The Beatles ever taken. It dates back to 1958, when the band was playing under the name of the Quarrymen. McCartney told The Telegraph that he believes that this was taken on George Harrison’s first show with the group; he was 15 at the time.

“This may have been George’s first performance with the group,” he said in an interview. “John, without his glasses, couldn’t see a thing — but we could clearly see from his red cheeks that he was bevvied.”

McCartney also chalked up the lack of many color photos of The Beatles to the price of color film at the time. “[I]t would have been a special present from dad to get colour film for me,” he told The Telegraph.

This photograph is a fascinating glimpse of the band before they were The Beatles — both literally and figuratively. And if that exploration into musical history intrigues you, it’s not the only early image from McCartney that’s recently re-emerged. 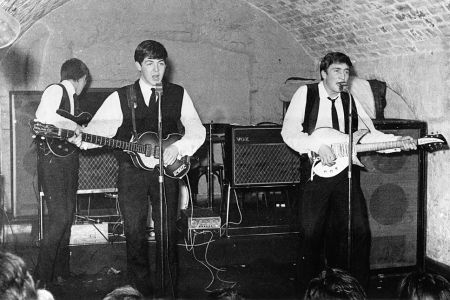 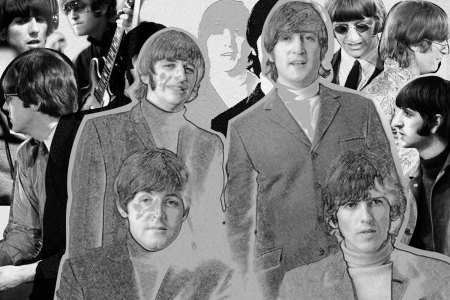