And a talking shark helped him reach it

Sylvester Stallone has created some of American cinema’s most engaging characters — including, but not limited to, Rocky Balboa and John Rambo. And that engagement has had real staying power. In a recent article at Consequence, Wren Graves notes that Stallone has now acted in films that were number one at the domestic box office in six consecutive decades. Stallone’s work as King Shark in The Suicide Squad is the latest example of this, and the first in the current decade.

As Mike Fleming Jr. writes at Deadline, Stallone’s box office victories have come in a number of films and series over the years, from Cliffhanger in the 1990s to the Rocky and Rambo films to The Expendables. His article begs the question — who else might be at or near this achievement?

Because box office reporting as we know it didn’t really begin until the late 1970s and early 1980s, it’s difficult to say if the stars of a bygone era would have come close to (or exceeded) Stallone’s achievement. John Wayne’s long career only spans a total of five decades, for example. Sean Connery, whose acting career began in the 1950s and whose last film to reach number one at the box office was Finding Forrester in 2001, may have set a mark similar to Stallone’s achievement.

Who else? Clint Eastwood comes to mind — though none of the films in which Eastwood acted in the 2010s was ever number one at the domestic box office. (Unless you count his cameo in American Sniper.) The same is true for the likes of Meryl Streep and Michael Caine, based on a survey of various box office databases.

All of which serves to illustrate just how impressive Stallone’s achievement is. Building a career that spans decades is one thing; building a career with work in financially successful films — whatever their scale — is another. But consistently reaching the top spot is especially challenging; all it took for Stallone to get there was playing a shark-man who reads books upside down. 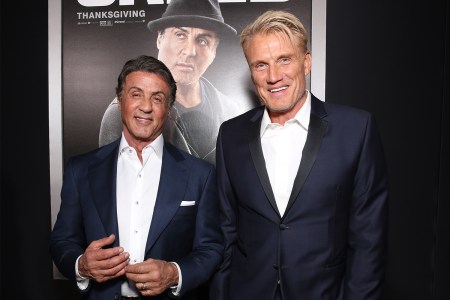 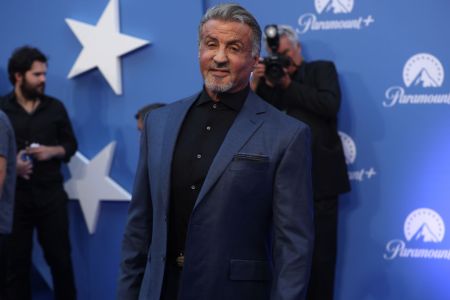 Sylvester Stallone Isn't Happy With One of the Producers of "Rocky" 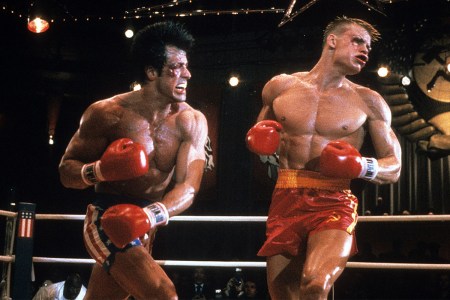