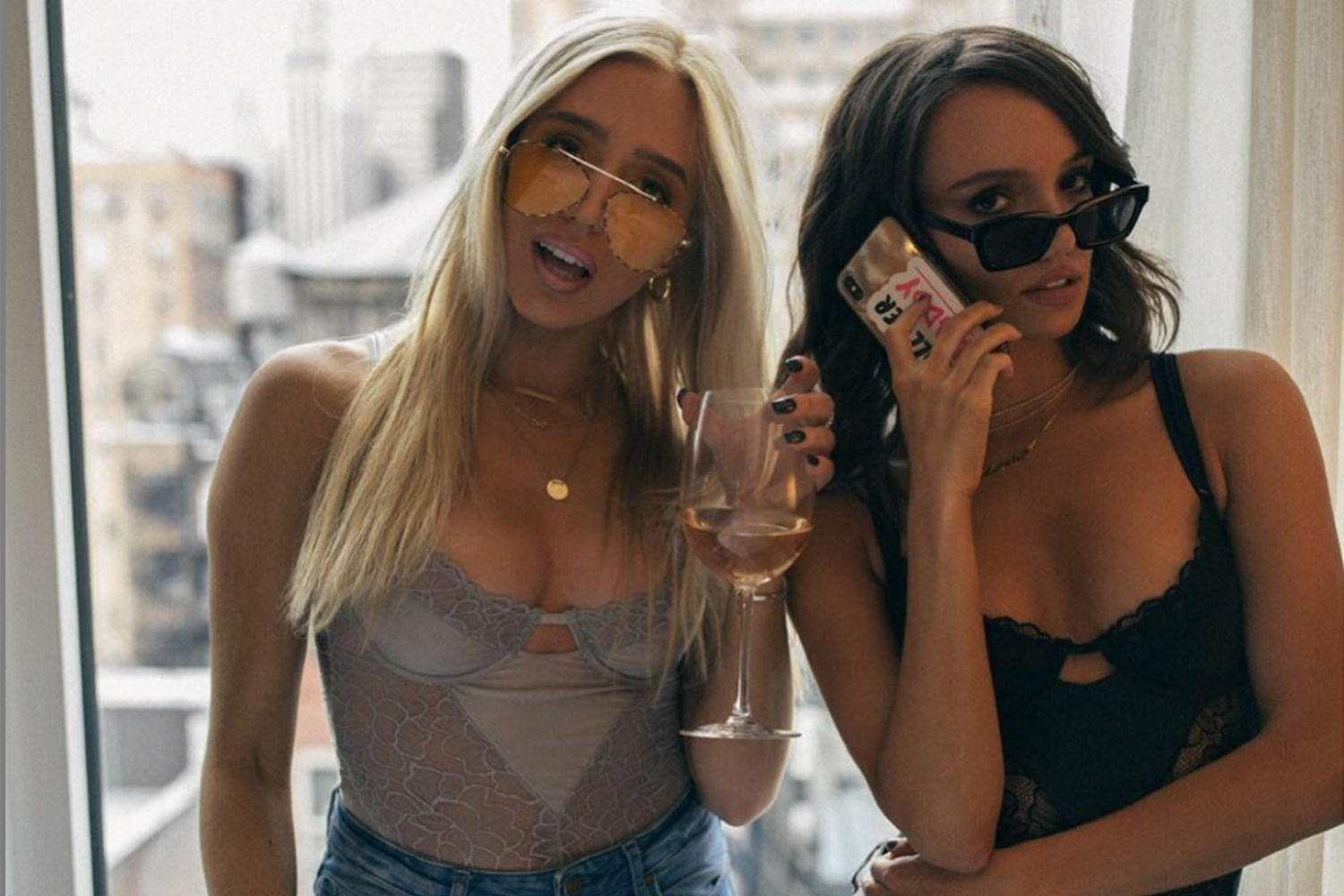 Barstool Sports —a website for those who hate Title IX and books —is certainly no stranger to controversy. Although an investment by the Chernin Group in 2016 was supposed to curb the publication’s worst impulses, Barstool and its irascible founder, Dave Portnoy, have proven to be untamable, violating labor laws, stealing content and regularly harassing any adult who has the good sense not to call a middle-aged man “El Presidente.” Still, the site has grown massively thanks to a podcast network anchored by shows such as Pardon My Take (a comedic sports show parodying the TV programs like First Take or Pardon the Interruption) and “Call Her Daddy” (an unfiltered women’s prospective on sex, dating, and general yuppie nightlife)

But now, “Call Her Daddy,” one of the 20 most popular shows on Apple Podcasts, seems to be hurtling towards an unceremonious end. The show’s hosts — Sofia Franklyn, 28 and Alexandra Cooper, 26 — have gone AWOL amidst rumors of a many-sided beef with both each other and with Portnoy. Complicating matters, Peter Nelson — Franklyn’s boyfriend and an HBO Sports executive who is known as “Suitman” on the show — has allegedly been trying to broker deals to land the podcast at a new outlet, even though the hosts are currently under contract at Barstool.

On May 18, Portnoy hijacked the podcast and posted a solo episode, ranting that Franklyn and Cooper are “unprofessional, disloyal and greedy” and divulging details of contract negotiations. According to Portnoy, Barstool, which loses $100,000 with each missed episode of “Call Her Daddy,” offered the hosts new contracts with an annual base salary of $500,000 (a raise from their current $75,000 figure) plus ownership of the podcast’s brand once their new deal expired. While Franklyn rejected the offer, Cooper accepted it, potentially killing the possibility of the duo continuing the podcast together.

“I found out that Alex had gone behind my back and done something,” Franklyn said in a video on her Instagram story on May 19. “And I found out it wasn’t the first time. And that’s why we’re here. I trusted Alex. I feel betrayed.”

Portnoy, as he is wont to do, has proudly declared victory, squawking that he’s rendered his much younger female employee utterly powerless.  In a video that he uploaded to Call Her Daddy’s Instagram, he squawked that Franklyn is an “idiot,” who has lost the show because she followed “bad fucking advice from bad fucking people,” presumably referring to Franklyn’s boyfriend. Nevertheless, he maintained that Franklyn is still welcome at Barstool, possibly in the form of a rival podcast to “Call Her Daddy.”

“I feel bad for Sofia in a way, because I have such a big fucking heart,” Portnoy, the very picture of compassion, bragged. “But you did this all by yourself. You can’t cry about getting stabbed in the back, when you were stabbing us in the back.”

Today, he posted another video on the “Call Her Daddy” Instagram–this time, asking fans to send in audition tapes.

U.S. Airlines Are Now Allowed to Drop Service to Dozens of Cities

U.S. Airlines Are Now Allowed to Drop Service to Dozens of Cities