The leafy vegetable, of all things, will be a crucial asset in our race to the Red Planet

In The Martian, Mark Watney (Matt Damon) gets stranded on Mars for over 500 days and survives by growing potatoes in Martian soil with his own waste as fertilizer. The movie, fun as it was, got a lot of things wrong. (Science writer Jeffrey Kluger pointed out some of the film’s creative liberties at the time.) One factor it didn’t misjudge, though? The significance of plants in space research.

Astrobotany is an exciting and emerging sub-discipline, which studies everything from how to grow food without gravity (here’s a photo of a zucchini being grown on the International Space Station), to the possibility that alien plant life might exist on other planets.

As of late, plant biologists have been developing alternative energy sources for astronauts — specifically for those that will reach the surface of Mars in the mid-2030s — to ensure that they are well-nourished on missions that could include over three years spent in space. Microgravity (living in “weightless” environs) and radiation (constant exposure from particles bouncing off the sun and other cosmic material) take a tremendous toll on the body. As Freethink notes, astronauts on the International Space Station (ISS) lose about 1% of their bone mass every month. Loss of muscle mass is also firmly in play, as is an increased risk of cancer.

To that end: the world’s brightest minds, playing with a $24 billion budget, have settled on a groundbreaking solution… lettuce.

“Space lettuce” is the leafy vegetable we all know and love, mixed with human parathyroid hormone (PTH), an artificial peptide traditionally used to treat hypoparathyroidism. (A condition that occurs when your glands aren’t pumping enough calcium into the blood.) Injecting PTH every day would stem the tide of bone loss, but it’s a clunky solution. Imagine the number of syringes a team of astronauts would need to shoot PTH into their veins for 1,000 days straight.

Instead, UC Davis researchers have figured out a way to produce the hormone in lettuce cells, using a clever form of bacteria. Per kilogram of lettuce, the scientists were able to genetically engineer up to 12 milligrams of a PTH-like hormone (which they’ve officially dubbed PTC-fc).

Obviously, the astronauts aren’t going to load up their spaceships with thousands of Whole Foods bags full of lettuce. They’ll have to plant it while on their mission, via minuscule “transgenic seeds.” There’s also a chance, one day, that they could grow space lettuce on Mars, which is known to have rich and fertile soil, but weak sunlight, little water and the usual unearthly characteristics (a whole lot of radiation).

What’s next? Growing this stuff at the International Space Station. Scientists need to confirm that it can grow in space, test it out on animals and humans, then see if they can up the average dose of PTC-fc per salad. As it stands now, astronauts would need to eight cups of lettuce per day. If you remember, Watney’s greatest test in The Martian — aside from brutal storms, a rip in his base and a desperation to reach home — was his boredom with eating potatoes over and over again. This is one situation where eating less greens is the ultimate goal. 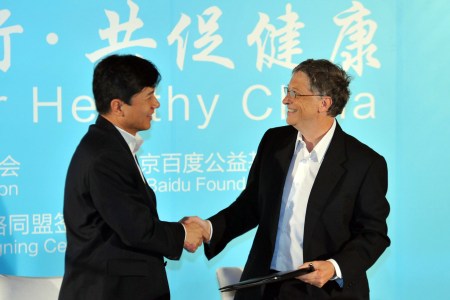