Make like Silicon Valley executives and protect the youth from screens

Give your kid a smartphone, and he'll spend nine hours a day on it.
EMS-FORSTER-PRODUCTIONS/Getty Images
By Tanner Garrity @tannergarrity

There was a profile from The New York Times a few years back, which investigated a shocking hypocrisy: Silicon Valley executives don’t let their kids use smart devices.

A good deal of that insider information came from Silicon Valley nannies, who know the rigors and rules of those households better than anyone else, but some higher-ups had little problem volunteering details themselves.

Athena Chavarria, who worked as executive assistant at Facebook before heading Mark Zuckerberg’s philanthropic arm, said at the time: “I am convinced the devil lives in our phones and is wreaking havoc on our children.” Chris Anderson, the head of a robotics company, concluded: “On the scale between candy and crack cocaine, [screens are] closer to crack cocaine.” And John Lilly, a Bay Area venture capitalist, shared: “I try to tell [my son] that somebody wrote code to make you feel this way.”

At the time, few of us were tickled by the knowledge that the tech titans who built our smartphones and social networks (Bill Gates, Tim Cook and Steve Jobs all raised their children with stringent screentime rules) were acutely aware of the damage they’d caused.

Still, how many parents actually heeded the information, however late it may have arrived? Consider: even before the pandemic, kids aged 11 to 14 were reporting an average of nine hours a day in front of a screen. The daily abuse has only gotten worse, following years of indoor time where many moms and dads have relied on phones, tablets and monitors as distractive parenting aids.

According to a recent article by The Washington Post, there are some “normal” parents who’ve seen enough, and taken a stern stance on the issue. Instead of allowing their kids assume what has rapidly become a rite of passage — half of American kids have a smartphone by age 11, nearly 90% of them have one by age 16 — some hard-liners tell their kids they’ll have to wait until they’re 18, at which point they can make the decision for themselves.

For one such mother, Adriana Stacey, who spends her days as a psychiatrist to high schoolers and college students, the stakes are clear. She told the Post: “These teenagers are spending more time on their phone than they are sleeping…This is so stupid, that these little devices are controlling these kids.”

Parents like Stacey (and there are others like her) are alarmed by the heightened rate and severity of mental illness in adolescence, the impact that a hollow reward system has on developing brains, the Wild West of online bullying and the disassociation that phone addiction engenders from the outdoors and physical activity.

It all makes sense. But it also turns dinner tables into battlegrounds. The children of such parents are invariably the only kids in class without phones. They’re pop-culture deficient, miss out on event invitations and inside jokes, have zero concept of a “Snapchat streak,” and sometimes are even unable to complete in-class assignments — younger teachers have steadily indoctrinated smartphones into curricula, in order to keep students engaged and excited.

It’s similar to the kid who had to grow up without a TV 25 years ago, except it’s much, much worse; many of today’s children can’t fathom their lives without their screens. So what are they to make of the freak (with the overprotective parents mind you, never a great attribute in a popularity contest), who’s never been on TikTok?

There isn’t an easy answer here, barring some sort of local movement where a number of children in a school to foreswear phones. That’s unlikely, though, considering parents aren’t exactly setting the best example with phone addiction, either. You’d need entire families to be all-in, and in the WFH era, that just isn’t likely.

For now, if not an outright ban, kids could benefit from a little direction. What apps are they struggling to put down? Are they bringing phones to bed? Does phone use leave them more agitated and anxious? Without making them overwhelmed or defensive, are you able to isolate a portion of their phone use that needs to go?

Also: take note of that 50% at 11 stat. For parents who feel peer pressure to send their kids off to middle school with a smartphone, try eking out another year or two of freedom. There are so many options out there — we like the Light Phone — that will keep them safe and communicative, without giving them access to the internet, Instagram or a group chat where they get bullied all day. 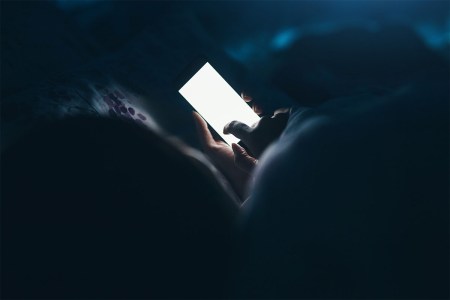 How to Permanently Reduce Your Screentime, According to Science 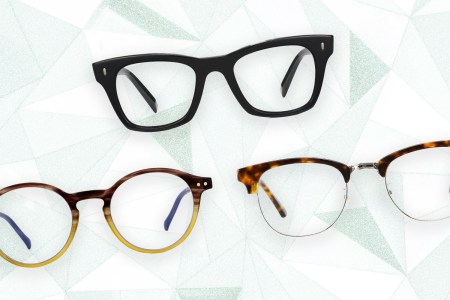 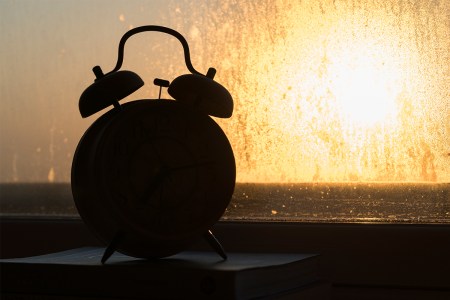 I Removed My Phone From the Bedroom for a Week. Here's What I Learned.